A FDA panel of vaccine experts is convening Thursday to reaffirm the safety of Pfizer’s coronavirus vaccine, a step which public health officials say could be the last before it begins to be distributed in the United States.

The meeting of the FDA’s vaccine advisory panel may be the final step before Pfizer’s vaccine begins widespread distribution across the United States. The vaccine’s clinical trials have shown it to be overwhelmingly effective against the coronavirus, and the panel could greenlight the virus as early as Thursday after the FDA released documents reaffirming the vaccine’s safety and effectiveness.

The panel live-streamed panel will scour over Pfizer’s data, debate, and ultimately vote on whether to approve the vaccine. Though the vote is non-binding, the FDA is expected to follow the panel’s advice.

“I would predict the likelihood of approval is high,” said Arnold Monto, a University of Michigan health researcher who chairs the advisory committee, according to The Wall Street Journal. “We’re not at the borderline on efficacy,” he added.

The vaccine’s likely approval comes as the coronavirus has surged in the United States and internationally. Other countries, including the U.K. and Canada, approved Pfizer’s vaccine earlier this week, and Britain Tuesday became the first country to begin its mass vaccination effort. 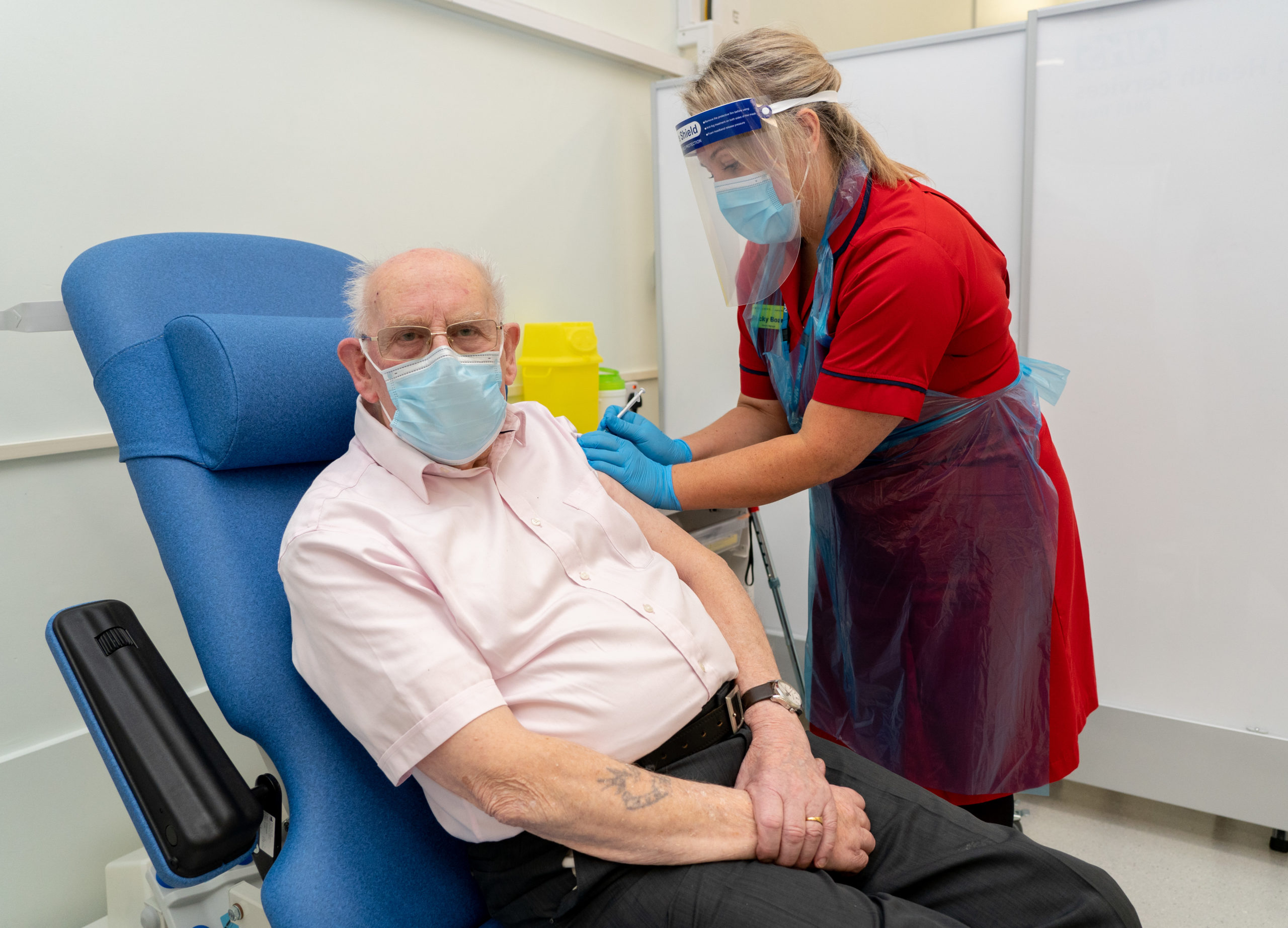 General manager of Covid Recovery, Becky Board, prepares to administer the first Pfizer-BioNTech COVID-19 vaccine in London to patient George Dyer, 90, at Croydon University Hospital, at the start of the largest ever immunization program in the UK’s history on December 8, 2020 in London, United Kingdom. (Dan Charity – Pool/Getty Images)

Though the panel’s approval is likely after the FDA released a report outlining the vaccine’s effectiveness and promise, it will also have to consider reports that some people had allergic reactions after receiving the vaccine.

British health officials advised Wednesday that those with a history of serious allergic reactions should avoid immediately receiving the vaccine, though they insisted that it was completely safe for the vast majority of people.

Pfizer released the results of its clinical trials showing its vaccine to be over 90% effective in November. It also reported that the vaccine presented no major safety issues, though some trial participants reported experiencing minor, temporary side effects. (RELATED: Moderna’s Vaccine Is Nearly 95% Effective, Company Says)

“The data presented in the briefing report were consistent with what we heard before and are really exciting,” said Dr. William Moss, who leads Johns Hopkins University’s International  Vaccine Access Center, according to the Associated Press. “Nothing that I see would delay an emergency use authorization.”

Public health officials also hope that the panel’s public meeting will help increase the public confidence in coronavirus vaccines. Though polls showed a decrease in confidence throughout the summer, it has increased since September in response to promising clinical trials and consistent praise from public health and elected officials.

“There have been a lot of questions about why it takes us so long or ‘are we being rigorous enough?’” said FDA Commissioner Stephen Hahn, according to the AP. “I’m hoping that people will see with our transparency that we have taken a very rigorous stance on this.”