Rice, who served in former president Barack Obama’s administration, appeared in a video with Moms Demand Action and Everytown For Gun Safety and concurred with Biden’s firearm plan that seeks to ban certain semi-automatic rifles, prohibit “high-capacity magazines,” and do away with liability protections for weapons manufacturers and sellers. Rice has reportedly been chosen for the domestic policy role, Politico reported Thursday.

“[Biden has] taken on the NRA twice and won,” Rice said in the interview with Moms Demand Action founder Shannon Watts. “When he served with President Obama in the Obama-Biden administration, we implemented over two dozen reforms that put curbs on access to guns, but we need legislation, we need leadership in Joe Biden that understands and is passionate about these issues.”

Rice advocated for laws including “universal background checks, the enactment of a new violence against women act, with a permanent and comprehensive ‘assault weapons’ ban, and a ban on ‘high capacity magazines’ that will work to buy back those assault weapons that are out there and ensure that those that remain are fully registered,” she said.

The former security adviser also went on to say it’s “unthinkable” and “outrageous” that such reforms have not been passed to date.

“It’s unthinkable to me that even though the vast majority of Americans favor common sense gun restrictions, universal background checks, bans on ‘assault weapons’, and we have a very powerful lobby that has effectively prevented so much of that from being enacted,” she said. “It’s absolutely outrageous. It makes me as angry as anything.” 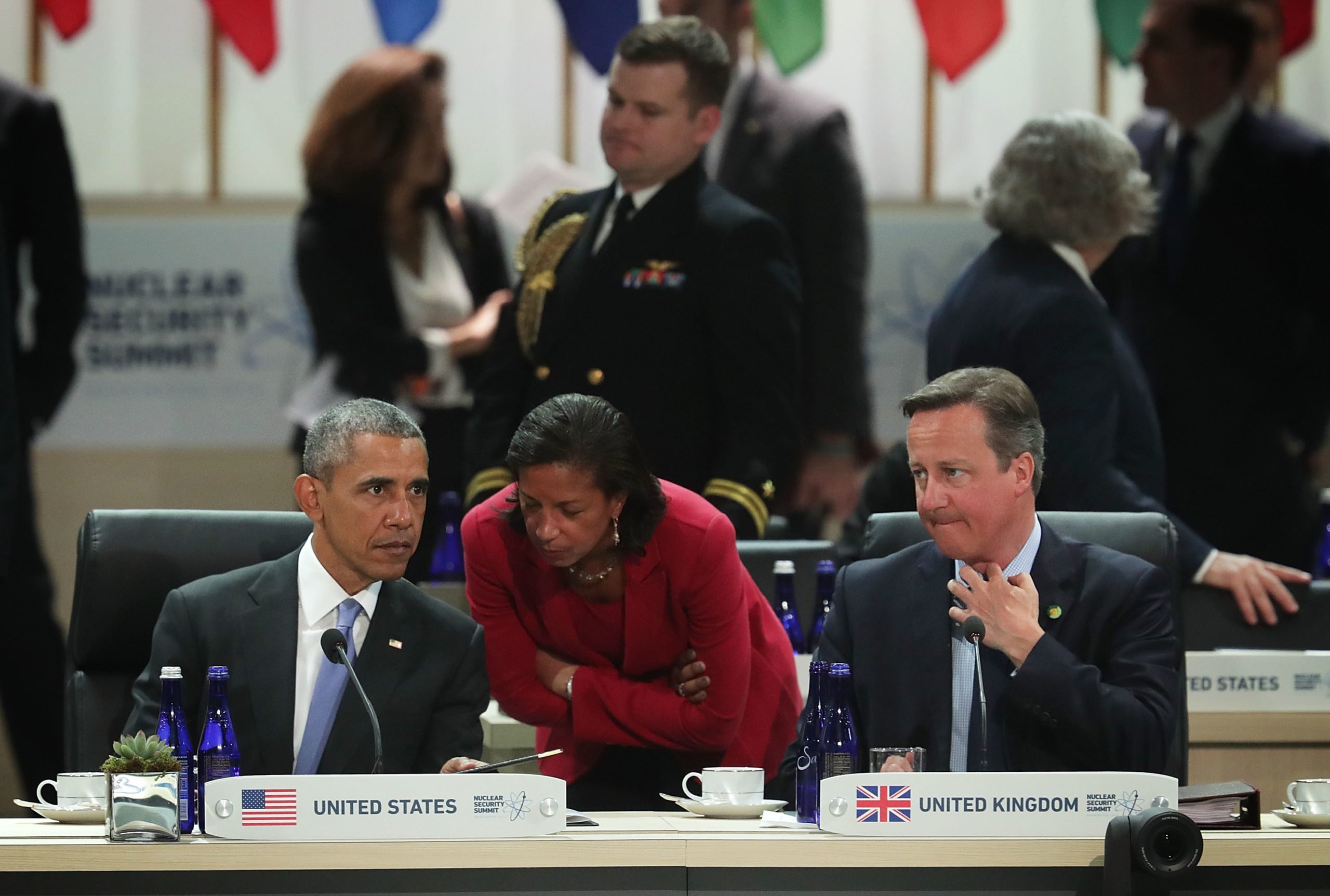 Biden’s gun plan includes a full-scale prohibition on “assault weapons” in addition to re-classifying the guns and “high-capacity magazines” under the National Firearms Act, which would impose registration and a $200 tax for those already in circulation. The total cost to U.S. firearm owners nationwide was estimated to be roughly $34 billion if the law went into effect, according to the Washington Free Beacon.

“There’s a whole detailed long plan of action that you can find on Joe Biden’s website that goes through in great detail all the steps that he will take that are so vital to be taken,” she told Watts.

The former vice president has also picked California Attorney General Xavier Becerra, who shares anti-gun views, to lead the Health and Human Services Department. (RELATED: Biden’s HHS Pick Thinks AR-15s Are ‘Not In Common Use For Self Defense’)

Certain semi-automatic rifles should be banned because they are “weapons that are most useful in military service” and “they are also not in common use for lawful purposes like self-defense,” Becerra wrote in defense of California’s gun ban in a 2019 court case.

The AG also cited an argument from the Brady Center to Prevent Gun Violence which alleged that “assault weapons” possess “no legitimate civilian purpose.”