The FDA approved Pfizer’s coronavirus vaccine for emergency use Friday, officially beginning a nationwide mass vaccination effort in an attempt to overcome the coronavirus pandemic.

Its approval follows a key FDA panel’s overwhelming vote to endorse the vaccine’s safety and efficacy. President Donald Trump called for the agency to approve Pfizer earlier Friday, telling its commissioner, Dr. Stephen Hahn, to “get the dam vaccines out” as soon as possible.

While my pushing the money drenched but heavily bureaucratic @US_FDA saved five years in the approval of NUMEROUS great new vaccines, it is still a big, old, slow turtle. Get the dam vaccines out NOW, Dr. Hahn @SteveFDA. Stop playing games and start saving lives!!!

The FDA said Friday that it has been operating in tandem with the Centers for Disease Control and Prevention and Operation Warp Speed in order to “execute their plans for a timely vaccine distribution,” which could begin this weekend.

Pfizer said that its insulated containers holding the vaccine can be shipped “within hours” of the FDA’s approval. The drug maker is standing by to distribute millions of doses from its plant outside Kalamazoo, Michigan, according to the Detroit Free Press. (RELATED: Pentagon To Receive 44,000 Doses Of Coronavirus Vaccine In First Delivery Phase)

Health and Human Services Secretary Alex Azar said Friday on ABC’s “Good Morning America” that vaccinations could begin as soon as Monday, that that up to 50 million Americans could be vaccinated before the end of January.

The FDA’s granting of emergency authorization for Pfizer’s vaccine follows similar announcements in other countries, including the United Kingdom and Canada. On Tuesday, the U.K. became the first country to administer coronavirus vaccinations outside of a clinical trial. 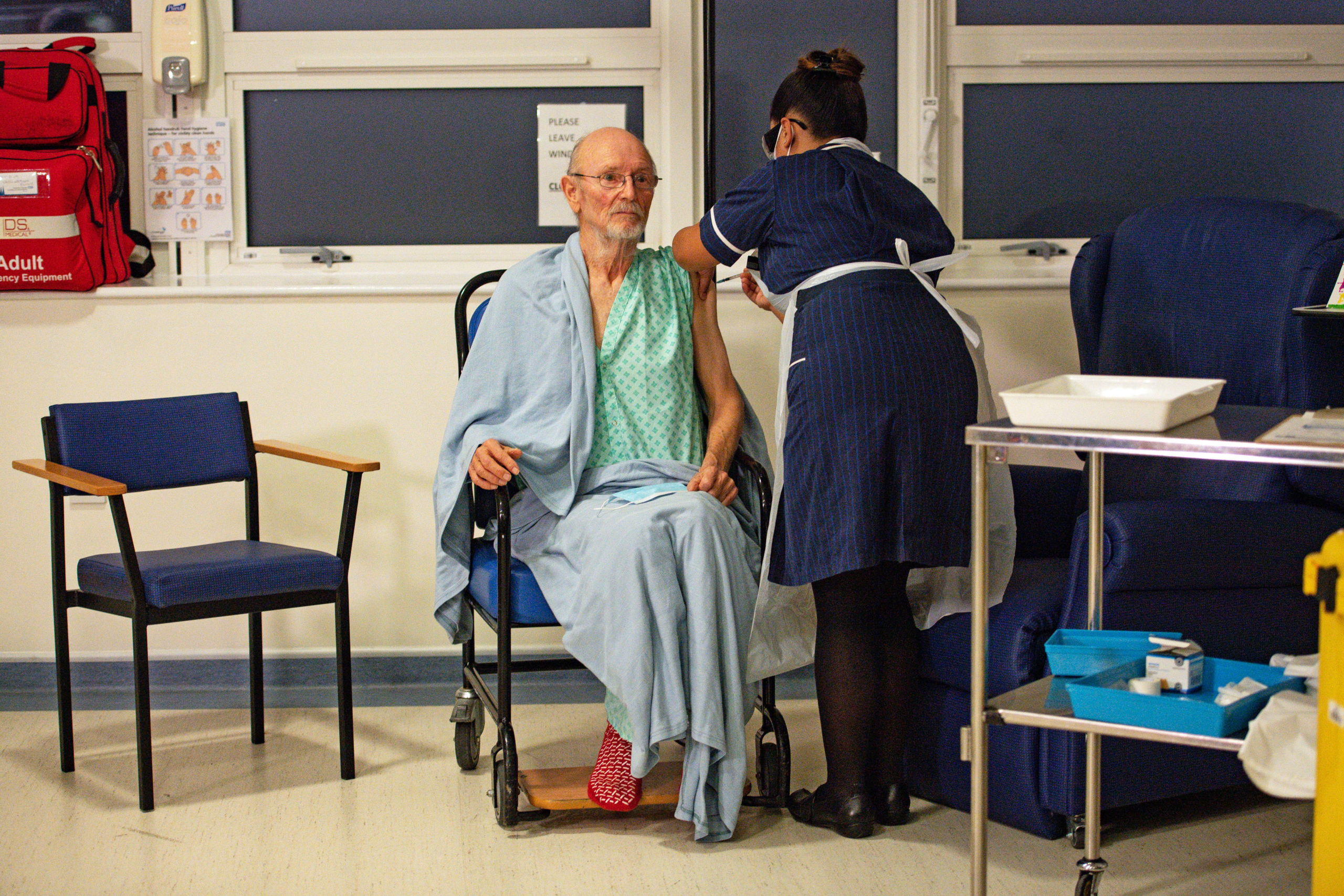 “Bill” William Shakespeare, 81, receives the Pfizer/BioNTech covid-19 vaccine at University Hospital at the start of the largest ever immunization program in the UK’s history on December 8, 2020 in Coventry, United Kingdom. (Jacob King – Pool / Getty Images)

Pfizer’s authorization was granted as public confidence in a coronavirus vaccine rose for the third straight month after hitting a low point in late summer. Sixty-three percent of Americans said that they were willing to receive a vaccine when given the opportunity, according to Gallup’s latest poll.

Pfizer and BioNTech’s vaccine secured FDA authorization only 11 months after they began developing it, shattering every previous record for vaccine development, approval and distribution. Pfizer released the results of its Phase III clinical trial in November, showing that its vaccine was over 90% effective in combatting the virus.

Moderna, which released its results of its coronavirus vaccine showing 95% effectiveness just a week later, applied for emergency use authorization on Nov. 30.

The virus’s surge in the United States has made the swift distribution of a vaccine imperative, public health officials say. The country has seen record cases, hospitalizations and deaths in recent days, and the virus has infected over 15.6 million Americans and killed over 293,000, according to a Johns Hopkins University database.