The bill, which passed by a voice vote, now heads to President Donald Trump’s desk and is expected to be signed into law. The House of Representatives overwhelmingly passed the bill Wednesday, with 343 members voting in its favor.

Before the bill, Congress faced a Dec. 11 deadline to pass an appropriations bill and avoid a government shutdown as a result. The stopgap bill, which funds the government for an additional week, buys lawmakers time to compromise on both a broader stimulus package and an economic relief bill due to the worsening coronavirus pandemic.

The voice vote was temporarily blocked earlier Friday after objections by Vermont Democratic Sen. Bernie Sanders and Missouri Republican Sen. Josh Hawley, who argued that Congress needed to provide direct cash payments to families as part of any coronavirus relief. 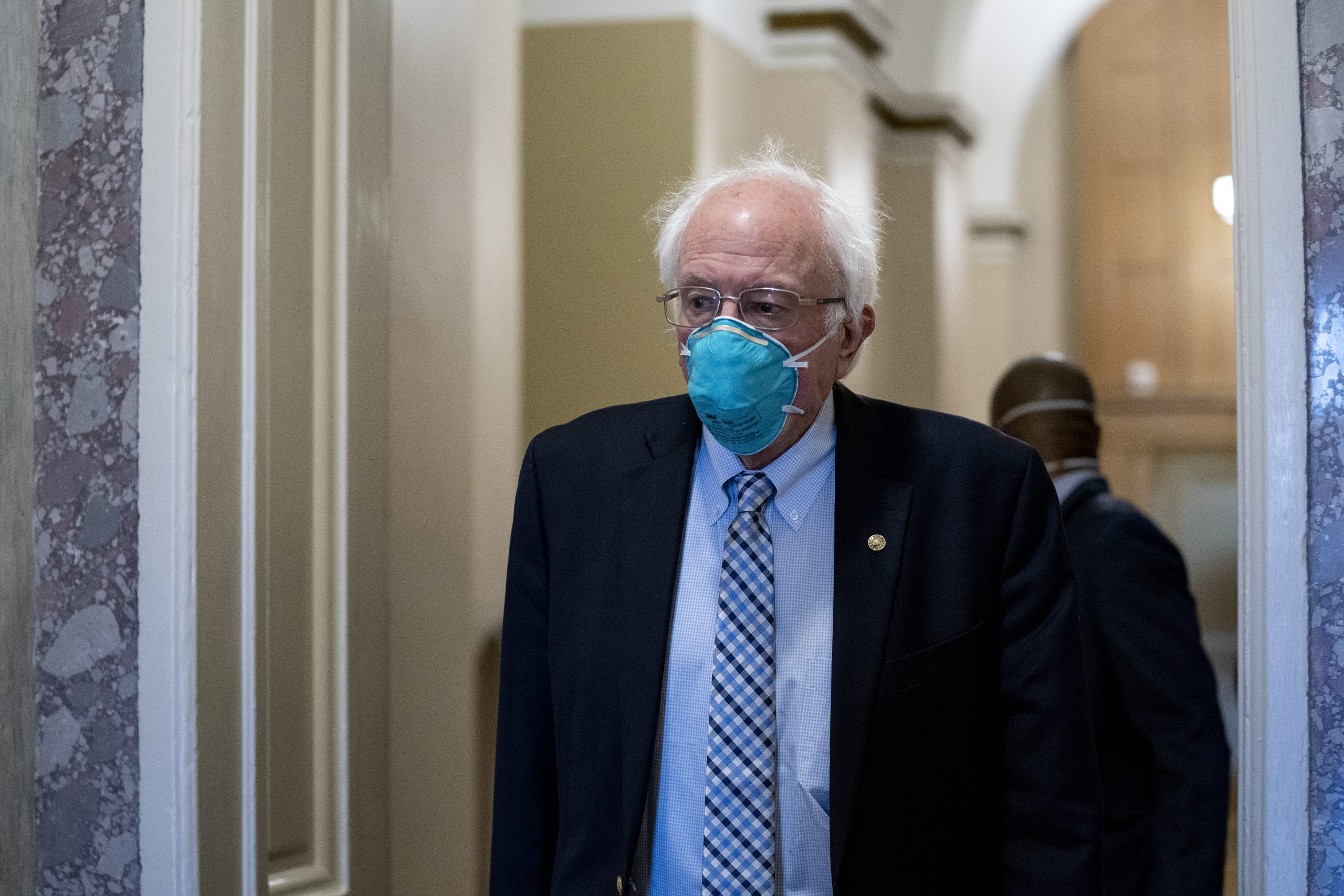 WASHINGTON, DC – DECEMBER 11: U.S. Sen. Bernie Sanders (I-VT) wears a protective mask while departing the U.S. Capitol. Lawmakers are facing a midnight deadline to pass a continuing resolution to avert a partial shutdown and fund the government for another week. (Stefani Reynolds/Getty Images)

“This Congress must address the economic emergency facing the American people,” Sanders said during a speech on the Senate floor Friday. “I am prepared to withdraw my objection at this moment, but I will not be prepared to withdraw an objection next week. We will deal with the financial crisis facing tens of millions of Americans.”

If a long-term government funding bill is unable to pass before next Friday, Congress may be forced to stay in Washington for the holidays.

“If the Senate of the united states can find hundreds of billions of dollars to give to big government and big business, surely it can find some relief for working families and working individuals,” Hawley said, echoing Sanders. “And I would just submit to you that it is working families and working people who should be first in line for COVID relief, not last, and that is why the amendment that Senator Sanders and I have proposed is so common sense.”

Congress has so far been unable to compromise on a long-awaited stimulus bill. Throughout the fall, House Democrats, Senate Republicans and the White House have publicly disagreed on how large a stimulus should be, with Democrats favoring a bill over $2 trillion and Senate Republicans favoring one less than half the size. (RELATED: Pelosi Slams Trump For Rejecting A Stimulus Deal Before The Election)

Last week a bipartisan group of lawmakers reached a $908 billion compromise that would provide funding for state, local and tribal governments, unemployment insurance, education, public transit and more. The stimulus has gained the support of House Speaker Nancy Pelosi, Senate Minority Leader Chuck Schumer and President-elect Joe Biden, but it has yet to be endorsed by Senate Majority Leader Mitch McConnell.

A bipartisan group of senators on Tuesday proposed a $908 billion coronavirus stimulus package, in one of the few concrete steps toward COVID relief made by Congress in several month

The White House presented a $916 billion stimulus Tuesday, but it was rejected outright by Democrats over its lessening of unemployment benefits and failure to provide weekly unemployment payments, which expired in July. (RELATED: Dick Durbin: Democrats Stalled On Coronavirus Relief ‘Because An Election Was Coming’)

The $908 billion plan would instead send weekly unemployment checks of $300 for 16 weeks, and provide additional money to states for vaccine distribution and administration.

In lieu of weekly payments, the White House plan provides direct cash payments of $600 per adult and per child, which Treasury Secretary Steven Mnuchin touted as the best way of getting people back to work.

“We obviously want to get people back to work,” Mnuchin said during a press briefing Wednesday, according to The New York Times. “By sending out checks, we’re putting money into the economy for people.”