Ruhollah Zam was killed a little over a year after Iranian authorities lured him into Iraq, leading to his abduction and imprisonment. He is one of several opposition figures seized by Iranian government operatives in recent months, according to the AP.

Zam lived in Paris under the protection of the French government. Iran carried out his kidnapping and execution as tensions between the state and western countries continue to rise amid the collapsed nuclear deal and crippling economic sanctions imposed by the United States.

The execution was immediately condemned internationally, according to the AP. (RELATED: Iran Says Nuclear Scientist Was Assassinated By A Satellite-Controlled Pickup Truck-Mounted Machine Gun) 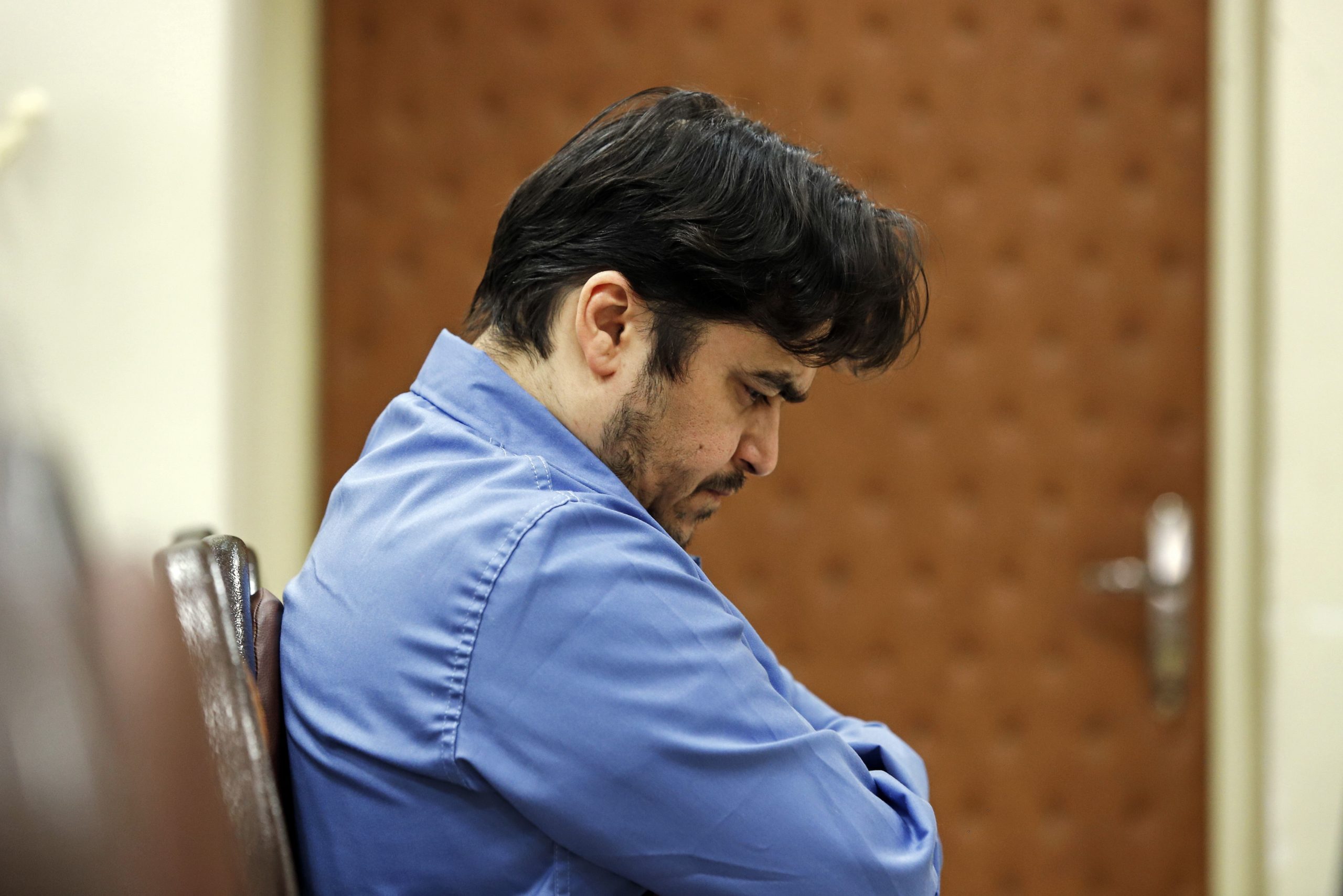 Ruhollah Zam, a former opposition figure who had lived in exile in France and had been implicated in anti-government protests, speaks during his trial at Iran’s Revolutionary Court in Tehran on June 2, 2020. (ALI SHIRBAND/MIZAN NEWS/AFP via Getty Images)

Zam’s “execution is a deadly blow to freedom of expression in Iran and shows the extent of the Iranian authorities’ brutal tactics to instill fear and deter dissent,” said Amnesty International’s Diana Eltahawy. (RELATED: Iran Considered Assassinating US Ambassador: Report)

Iranian state television portrayed Zam as “the leader of the riots” when it announced his execution via hanging Saturday morning. He was sentenced to death in June after being found guilty of “corruption on Earth,” a charge frequently given to those accused of espionage for conspiring to overthrow Iran’s government.

Iran’s 2017 protests began over a spike in food prices and quickly grew to widespread backlash against the entire ruling class, including Iranian President Hassan Rouhani. Many videos shared by Zam denounced both Rouhani and Iranian Supreme Leader Ayatollah Ali Khamenei, according to the AP.

The 2017 protests reportedly finished with 5,000 people arrested and dozens killed.