Power was a critic of President Donald Trump’s response to the coronavirus pandemic, which she called “gross incompetence.” As USAID director, Power would play a role in deciding whether to rejoin the World Health Organization (WHO) and how to conduct the U.S.’ pandemic response internationally, Axios reported.

Power is the author of “A Problem from Hell: America and the Age of Genocide,” a book published in 2002 detailing the U.S.’s inaction during periods of genocide abroad. Power had been a freelance war correspondent in the Balkans in the 1990s. She is known for advocating for greater humanitarian interventions, and has written that the U.S. must be “prepared to risk the lives of its soldiers” in order to counter assaults on civilians abroad, the New Yorker reported.

She has also criticized Trump’s foreign policy approach, including the decision to pull out of the Iran nuclear agreement, as damaging to “effective multilateralism,” according to the Guardian.

“How do you recover the belief among German, French, British, Irish, Spanish citizens that when America attaches its name to an agreement, whether a climate agreement, or an Iran nuclear agreement, that is going to be an enduring signature?” she said according to the Guardian. 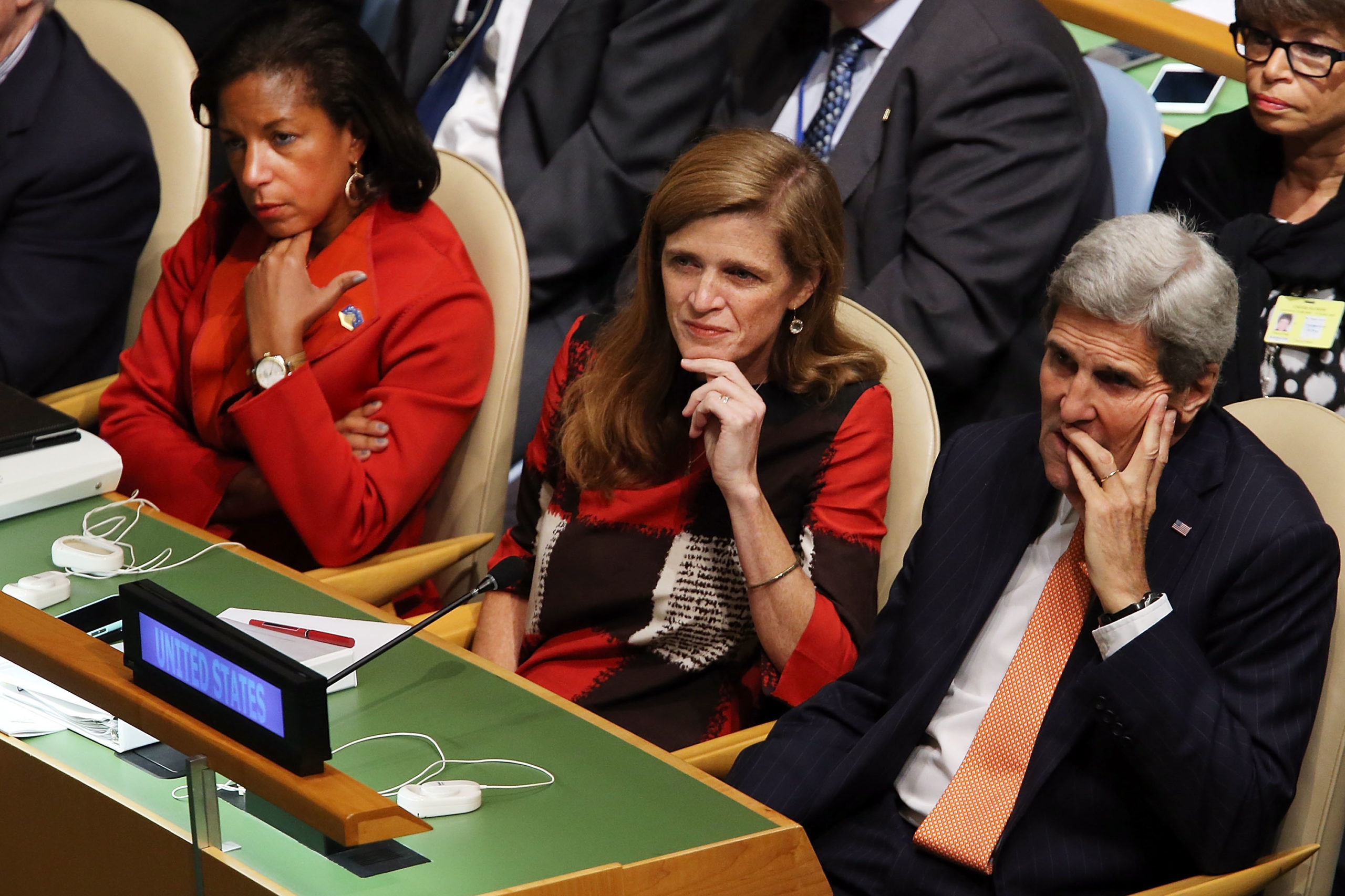 “What Trump has jeopardised more than anything is the sense of American constancy, [that] we’re going to be there when you need us. And that’s going to be the hardest thing of all, I think to build back that trust.”

She joined the White House in 2009, and soon after in 2011, began to push for military intervention in Libya as a member of the National Security Council. Biden, who was vice president at the time, opposed the no-fly zone, but former President Barack Obama later supported one. (RELATED: Trump Agency Pushes Gender-Neutral Pronouns On Employees, Instructs Them On ‘Gender Spectrum,’ Leaked Docs Show)

Power is currently a professor at Harvard’s Kennedy School, along with her husband, Cass Sunstein. Sunstein served as administrator of the White House Office of Information and Regulatory Affairs during the Obama administration, and could also return to government in the Biden administration, according to Axios.

Other potential picks to head USAID include Ertharin Cousin, who served as executive director of the World Food Programme from 2012 until 2017.

USAID works alongside the State Department, and the nominee would require confirmation by the Senate.