President-elect Joe Biden vowed Monday to end the “scourge” of gun violence in America by enacting “common sense reforms that are supported by a majority of Americans and that will save countless lives.”

Biden’s comments came in the form of a statement commemorating the 8-year anniversary of the shooting at Sandy Hook Elementary School in Newtown, Connecticut, which he called the “saddest day we had in the White House.”

“Twenty first-graders. Their six educators. And I think about the time we have spent with each other grieving since then,” he wrote. “I remain in awe of you. I have heard from and watched as so many of you turned pain into purpose, working to change our laws and our culture around gun violence and how we protect and nurture our children.”

Biden noted that gun reform may seem “like an impossible task,” but thanked young activists for helping “usher in a collective and growing purpose.” 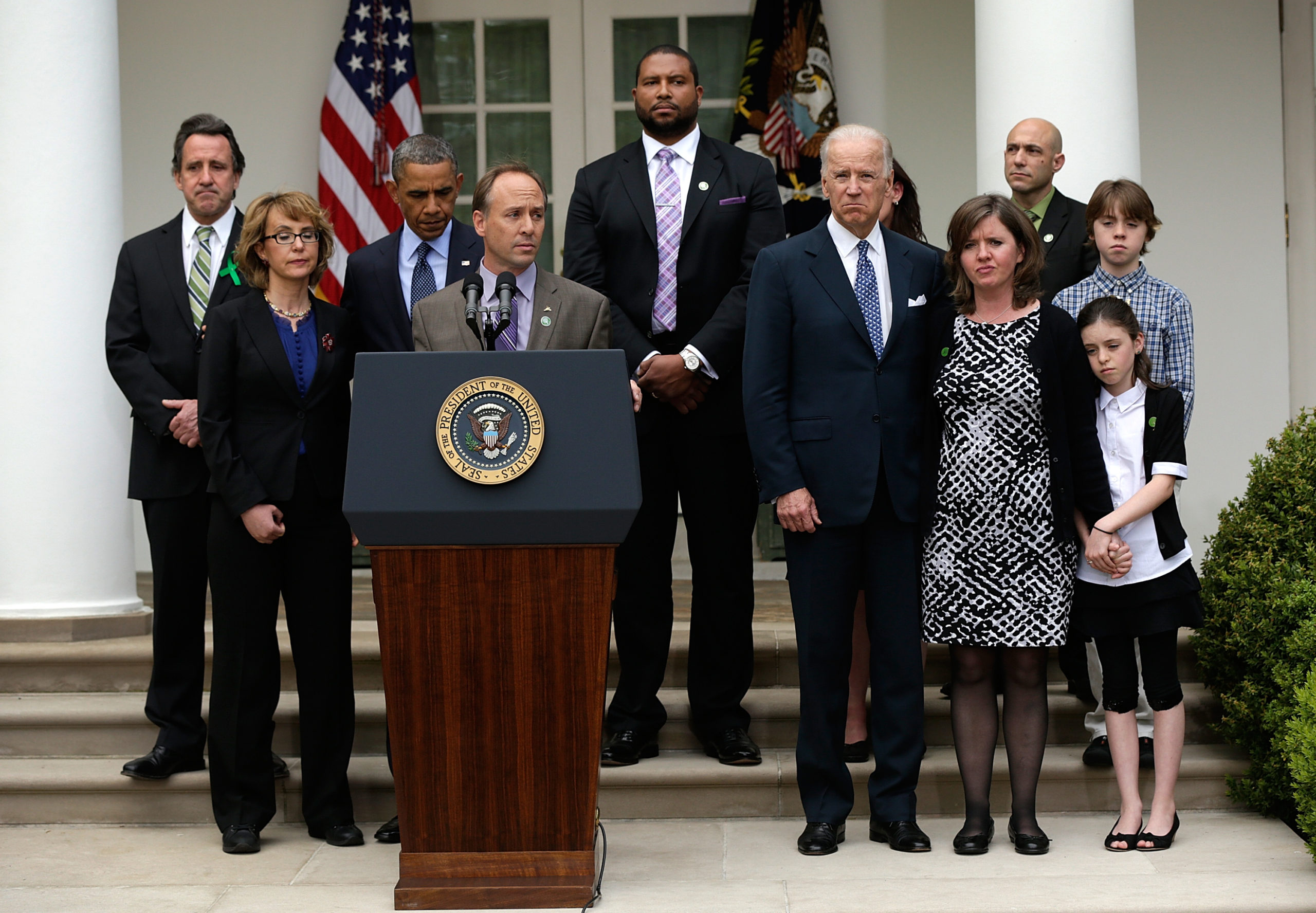 WASHINGTON, DC – APRIL 17: Mark Barden, the father of a victim at Sandy Hook Elementary School, joins U.S. President Barack Obama and Vice President Joe Biden in making a statement on gun violence in the Rose Garden of the White House on April 17, 2013 in Washington, DC.
(Photo by Win McNamee/Getty Images)

“You’ve helped us forge a consensus that gun violence is a national health crisis and we need to address its total cost to fully heal families, communities, and our nation,” he continued. “Eight years later, there have been plenty of thoughts and prayers, but we know that is not enough. Together with you and millions of our fellow Americans of every background all across our nation, we will fight to end this scourge on our society and enact common sense reforms that are supported by a majority of Americans and that will save countless lives.”

“I am not going to violate the Constitution,” he can be heard saying on leaked audio from the meeting. “Executive authority that my progressive friends talk about is way beyond the bound.”

“There’s no executive authority to do away that,” he explained of a sweeping “assault weapons” ban. “No one has fought harder to get rid of assault weapons than me, me, but you can’t do it by executive order. We do that, next guy comes along and says, well, guess what? By executive order, I guess everybody can have machine guns again. So we’ve got to be careful.”

President Barack Obama, like Biden, has frequently referred to the Sandy Hook massacre as the most difficult day of his presidency and listed not pushing harder for gun reform as one of the largest regrets of his time in the White House.