Teachers unions largely won’t explain why they want to keep public education virtual, even though studies have suggested that schools aren’t coronavirus super-spreaders as originally expected and that students’ performance have suffered in remote environments.

Due to the ongoing coronavirus pandemic, elementary and high school students nationwide have been forced to take classes remotely, which has caused many children to fall far behind both on exercise, according to Johns Hopkins University researchers, and classwork, The Washington Post reported. A New York Times article labeled remote learning among the most “insidious” tragedies emerging from the pandemic.

“For atypically developing kids, it is a very big deal,” Matthew Cruger, a neuropsychologist at the Child Mind Institute in Manhattan, told The Times. (RELATED: ‘Failure To Lead’: NYC Principals Union Votes ‘No Confidence’ In Bill De Blasio) 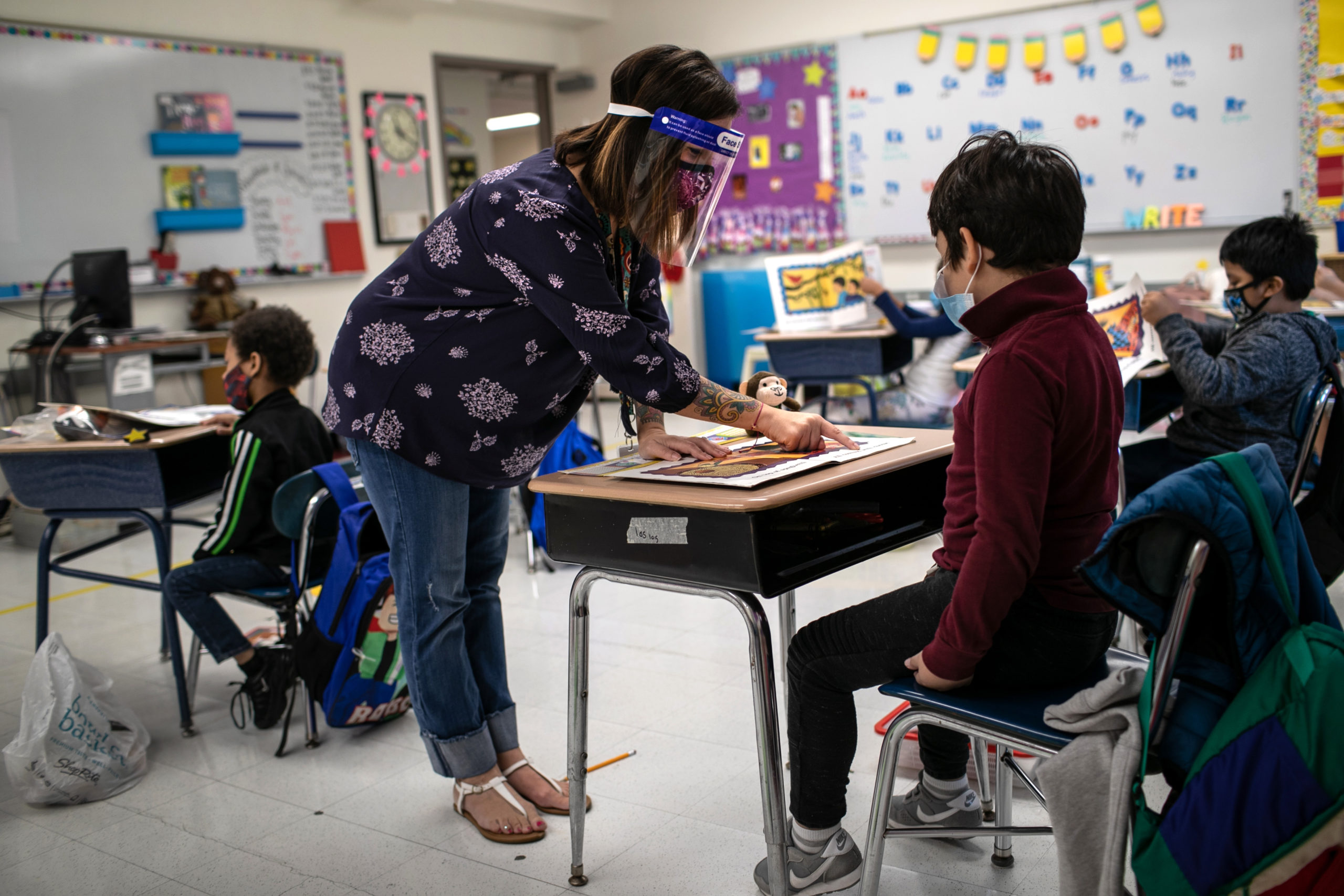 Meanwhile, evidence has suggested schools aren’t the super-spreaders that many expected them to be, according to Brown University economist Emily Oster writing in The Atlantic. Infection rates among students and teachers have been low even in areas with outbreaks.

“What we haven’t seen are super-spreader events,” Sallie Permar, a Duke University pediatrics and immunology professor, told the Association of American Medical Colleges. “The fear that you’d have one infected kid come to school, and then you’d have many other kids and teachers and relatives [at home] get infected — that hasn’t happened.”

The Daily Caller News Foundation contacted 15 teachers unions across 12 states affiliated with either the American Federation of Teachers (AFT) or the National Education Association. The DCNF asked what their positions were regarding school openings and what evidence supported that position.

Eight unions did not respond to the DCNF’s inquiries, while a ninth, the California Federation of Teachers, declined to comment.

The six unions that did respond stressed the importance of teacher and student safety, but few provided supporting evidence for their preferred policies other than general references to public health guidelines.

“To be perfectly clear, the 122,000 members of the Ohio Education Association (OEA) want more than anything to be educating our children face to face,” OEA media relations consultant Katie Olmsted told the DCNF.

“But we want to keep our kids, families and educators safe when we do,” she continued. (RELATED: Listen To The Science — It’s 100% Clear Kids Should Be In School)

The OEA’s board of directors approved a new policy Dec. 3 that consists of halting all in-person instruction throughout Ohio until Jan. 11, according to a press release. Schools should only be opened after the local health board determined that they are following Centers for Disease Control and Prevention (CDC) guidelines, according to the policy.

CDC guidelines say it is “critical for schools to open as safely and as quickly as possible for in-person learning.” The agency recommended that schools adopt mitigation strategies and implement indicators to understand when an outbreak is likely. 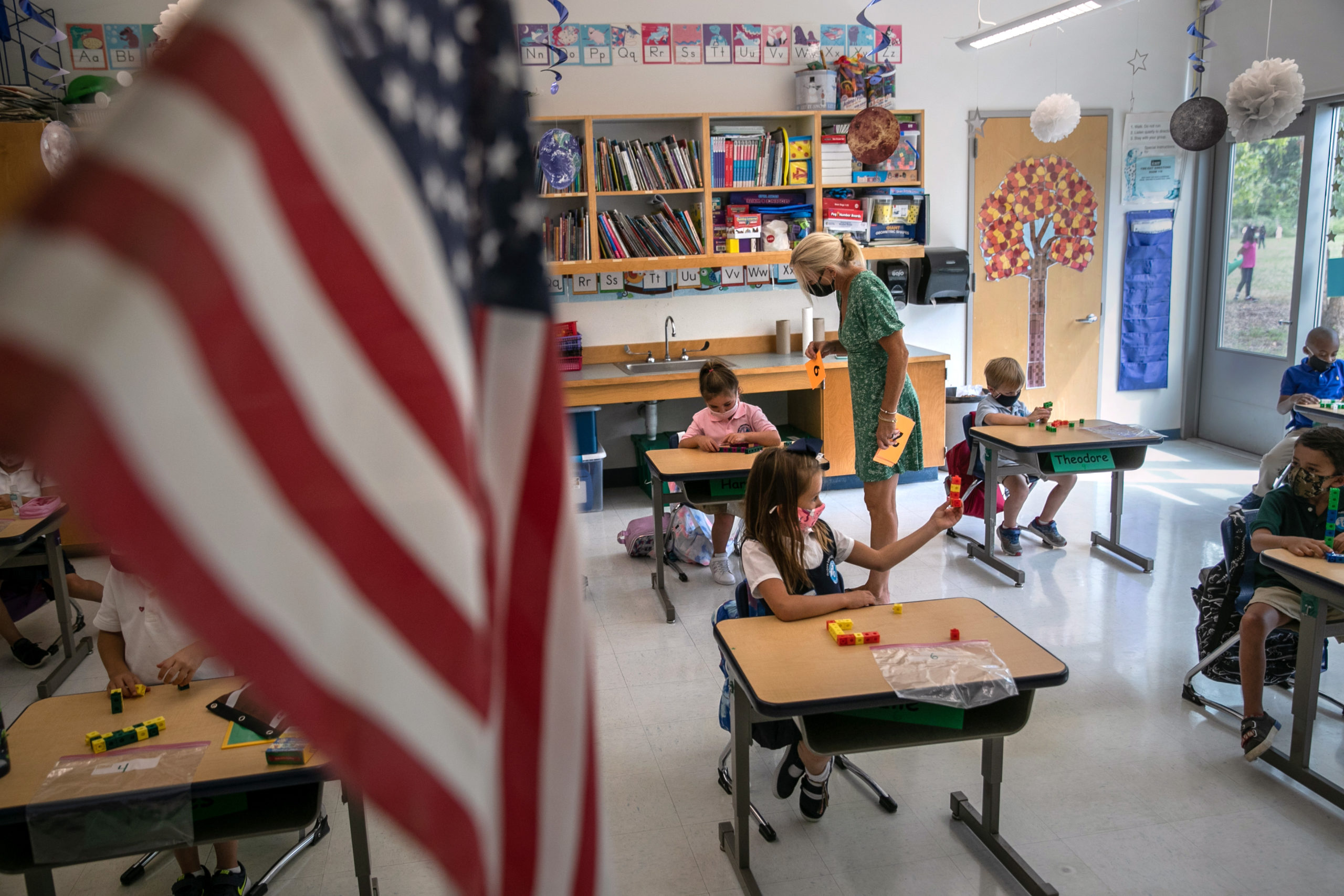 “OEA conducted an extensive evaluation of existing research, reviewed CDC and Ohio Department of Health guidance, and conducted numerous conversations with state leaders as well as representatives of the Ohio Chapter of American Association of Pediatrics,” Olmsted said.

“Education Minnesota has consistently asked, even begged, Minnesotans to take the steps necessary to keep their schools and hospitals from being overwhelmed by the spread of the virus in their local communities,” Education Minnesota President Denise Specht told the DCNF in a statement.

Specht added that there have been more than 10,000 coronavirus cases among educators and students in Minnesota that can be tracked back to school buildings. State experts have estimated that’s an undercount, according to Specht.

The Minnesota Department of Health releases weekly coronavirus reports, which track infections associated with elementary and high schools. There have been 10,057 such cases since Aug. 1, according to the agency’s Dec. 10 report. 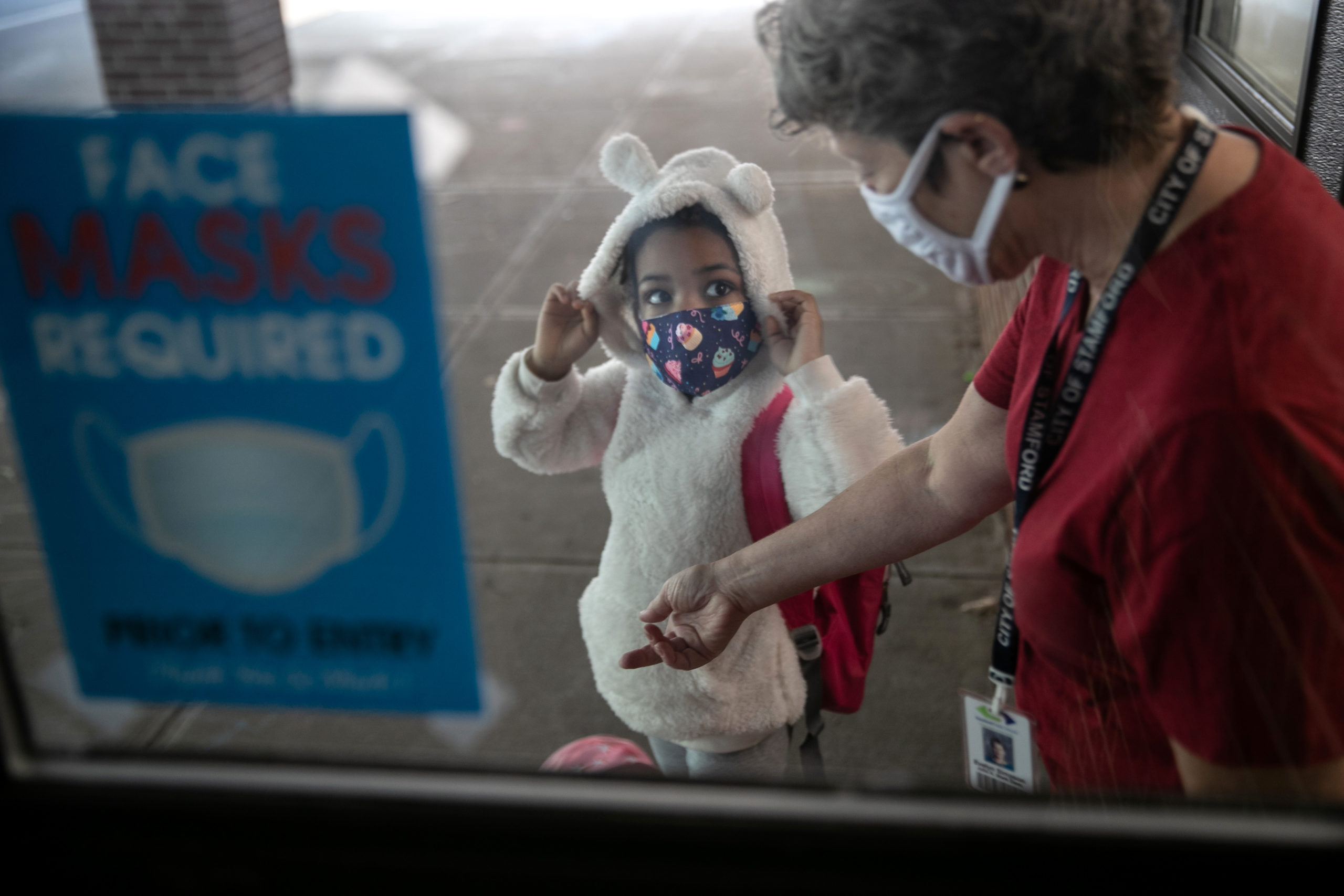 “It is absolutely unacceptable for any school district to disregard the advice of medical professionals and scientists during a pandemic and put the safety of students, staff, and their families at risk,” Pennsylvania State Education Association (PSEA) President Rich Askey said in a statement provided to the DCNF.

“Temporarily pausing in-person instruction and transitioning to remote learning will allow students to remain on track academically without any risk to their health,” he continued.

“School district failure to implement and enforce the [Illinois Department of Public Health (IDPH)] guidance and requirements for schools puts the health of our teachers, students, and communities at risk,” the Illinois Education Association and the Illinois Federation of Teachers said in a statement shared with the DCNF.

But, advocates of reopening schools have criticized unions for using the pandemic for political and financial gain. (RELATED: Our Kids Are The Hostages — How Teachers Unions Are Using Coronavirus To Try To Line Their Pockets)

Performance data released by Virginia’s largest school system showed that students who previously performed poorly in class have performed even worse with remote learning. Students with disabilities and English-language learners have fallen behind the most. 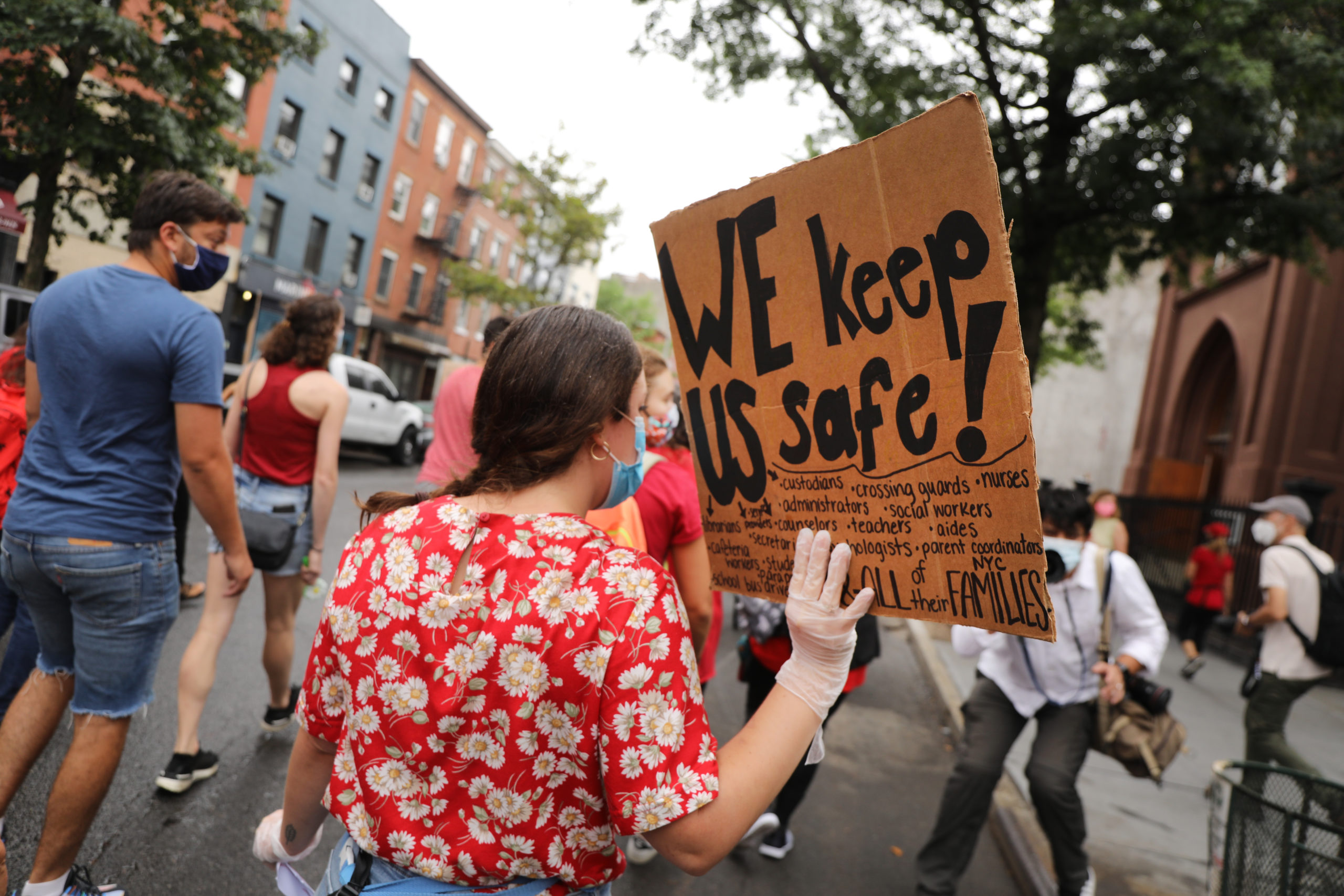 Members of the teachers union, parents and students participate in a march through Brooklyn to demand a safer teaching environment for themselves and for students on Sept. 1. (Spencer Platt/Getty Images)

Further, Dr. Anthony Fauci, the top U.S. infectious disease expert, said opening schools should be “the default” during a Nov. 29 interview with ABC News. United Nations Secretary General António Guterres warned that school closings could cause a “a generational catastrophe.”

But unions have remained defiant, saying schools must stay closed for the sake of teacher and student safety unless districts meet their safety demands. AFT President Randi Weingarten has even said she supported strikes if schools opened without the right measures in place, according to the U.S. News and World Report.

“We will fight on all fronts for the safety of our students and their educators,” Weingarten said, U.S. News reported. “But if authorities don’t protect the safety and health of those we represent and those we serve, as our executive council voted last week, nothing is off the table.”