Though some said that Trump still maintained the right to contest the results in court, most who acknowledged Biden’s win said that the race had all but concluded, urging their colleagues and the country to move on.

A day earlier, South Dakota Sen. John Thune, the no. 2 Senate Republican, urged Republicans in Congress and across the country to “face the music.”

“I understand there are people who feel strongly about the outcome of this election, but in the end, at some point, you have to face the music,” Thune told reporters Monday. “And I think once the Electoral College settles the issue… it’s time to move on.” 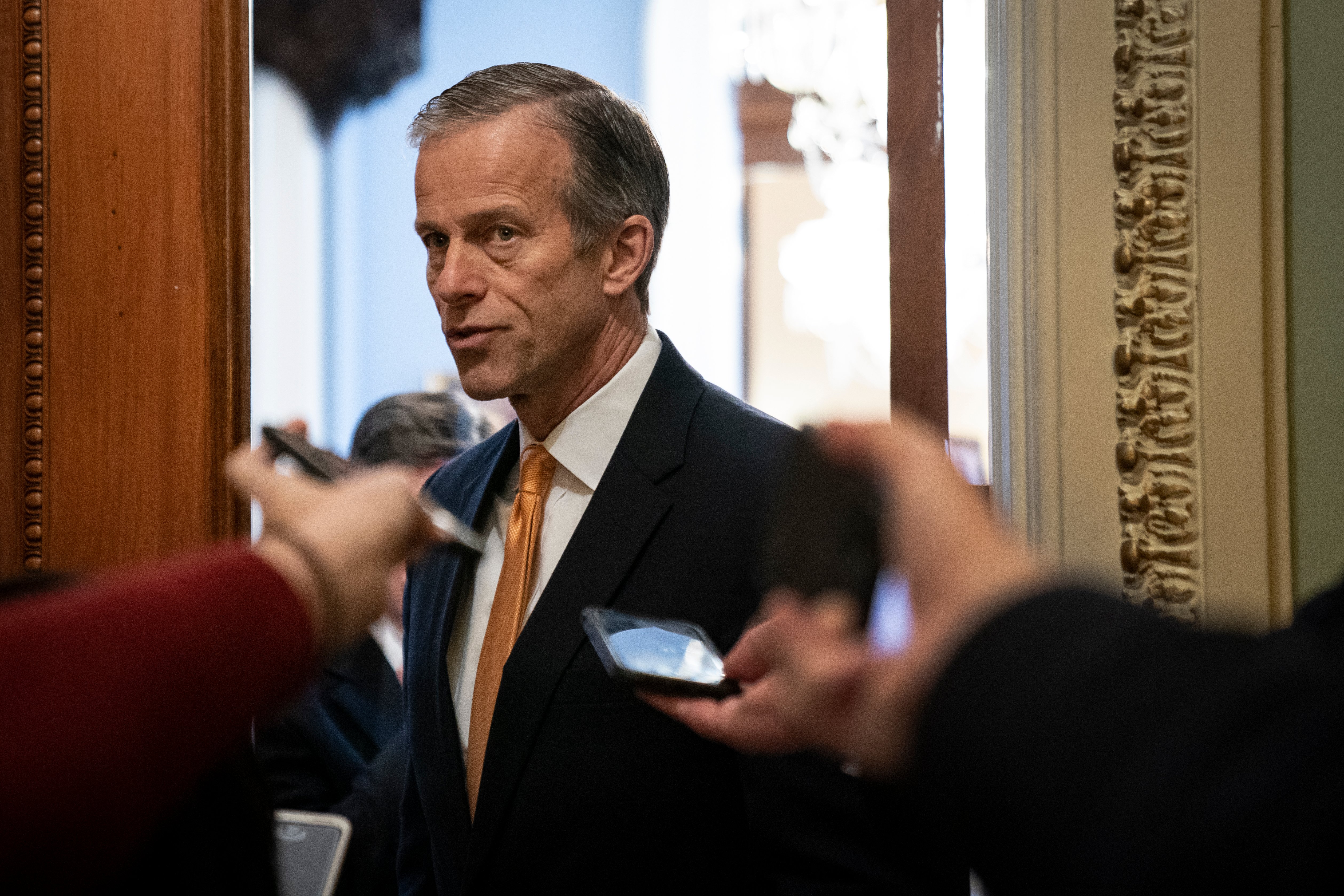 Sen. John Thune (R-SD) talks to reporters outside his office at the U.S. Capitol March 16, 2020 in Washington, DC. After taking the weekend off, the Senate returned on Monday afternoon and took up the House-passed coronavirus relief bill. The legislation in the House bill includes some provisions for paid emergency leave and free COVID-19 testing. (Drew Angerer/Getty Images)

The comments from the Senate’s top Republicans echo handfuls of their GOP colleagues, including both staunch Trump allies and the relatively moderate members of their caucus.

South Carolina Sen. Lindsey Graham, who has long supported Trump’s baseless allegations of widespread electoral fraud, saying Monday night that the president’s path to remaining in office was “very, very narrow” and that he had already spoken to Biden and several of his cabinet nominees.

“I don’t see how it gets there, given what the Supreme Court did,” Graham added, referring to the Court’s refusal to hear two Trump-backed cases seeking to throw out millions of legally cast votes. (RELATED: Supreme Court Unanimously Rejects Bid To Overturn Pennsylvania’s Election Results)

Texas Sen. John Cornyn, who preceded Thune as Senate majority whip, also congratulated Biden Monday, referring to him as the president-elect and calling him the winner of November’s election. Cornyn had also sought to discourage members of his party from further contesting the election’s results, saying that it “would be a bad mistake” in the wake of the previous “unsuccessful” attempts.

Retiring Tennessee Sen. Lamar Alexander has taken a more assertive approach, saying that “the presidential election is over” and that he hopes Trump will put the country before himself.

“States have certified the votes. Courts have resolved the disputes. The electors have voted. I hope that President Trump will put the country first,” Alexander said Monday. 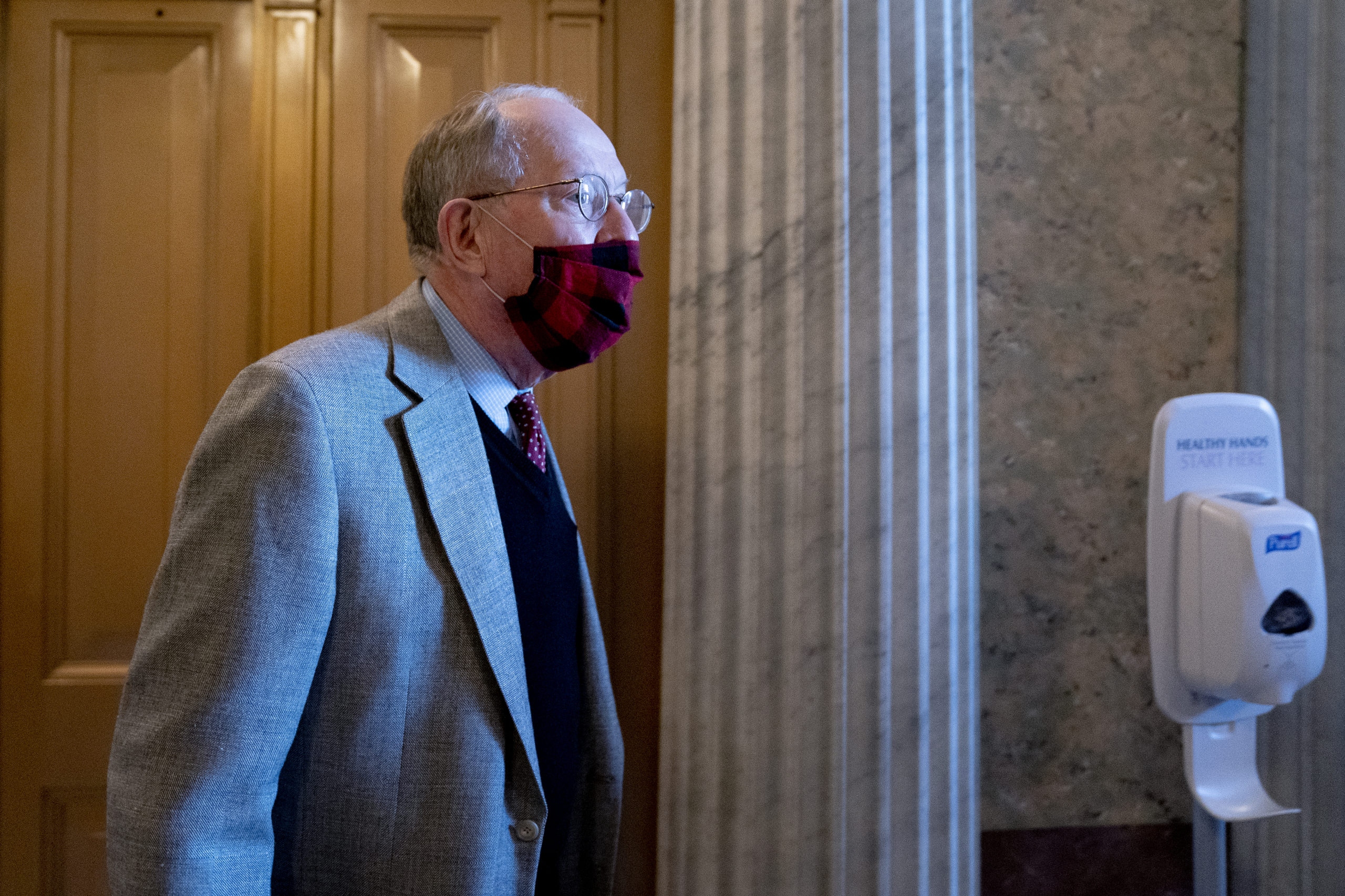 The handful of comments mirrors those made weeks ago by Senators Mitt Romney, Susan Collins and Pat Toomey, who have all recognized Biden as president-elect and California Sen. Kamala Harris as vice president-elect and have criticized Trump’s repeated attempts to overturn the election results.

“It is difficult to imagine a worse, more undemocratic action by a sitting American president,” Romney said in November, referring to Trump’s efforts.

One Republican senator sticking with Trump is Wisconsin Sen. Ron Johnson, who plans to convene a hearing Wednesday addressing Trump’s claims of electoral fraud over the objection of Democrats who accused him of continuing to spread misinformation. (RELATED: Trump Team’s Allegations Of Fraud Are Not Supported By Their Own Lawsuits)

“A large percentage of the American public does not view the 2020 election result as legitimate,” Johnson said last week. “The only way to resolve suspicions is with full transparency and public awareness. That will be the goal of the hearing.”