President Donald Trump, however, might not be part of that first group.

McEnany, fielding questions at a White House press briefing, noted that “the president has said he is absolutely open to taking the vaccine.” (RELATED: Fauci Says Biden, Harris, Trump And Pence All Need To Be Vaccinated As Soon As Possible)

“He’s been emphatic about that, to me privately and to you all publicly. He did recently recover from COVID,” she continued. “He has the continued protective effects of the monoclonal antibody cocktail that I mentioned, and he will receive the vaccine as soon as his medical team determines that it’s best. He wants to make sure the vulnerable get access first.” 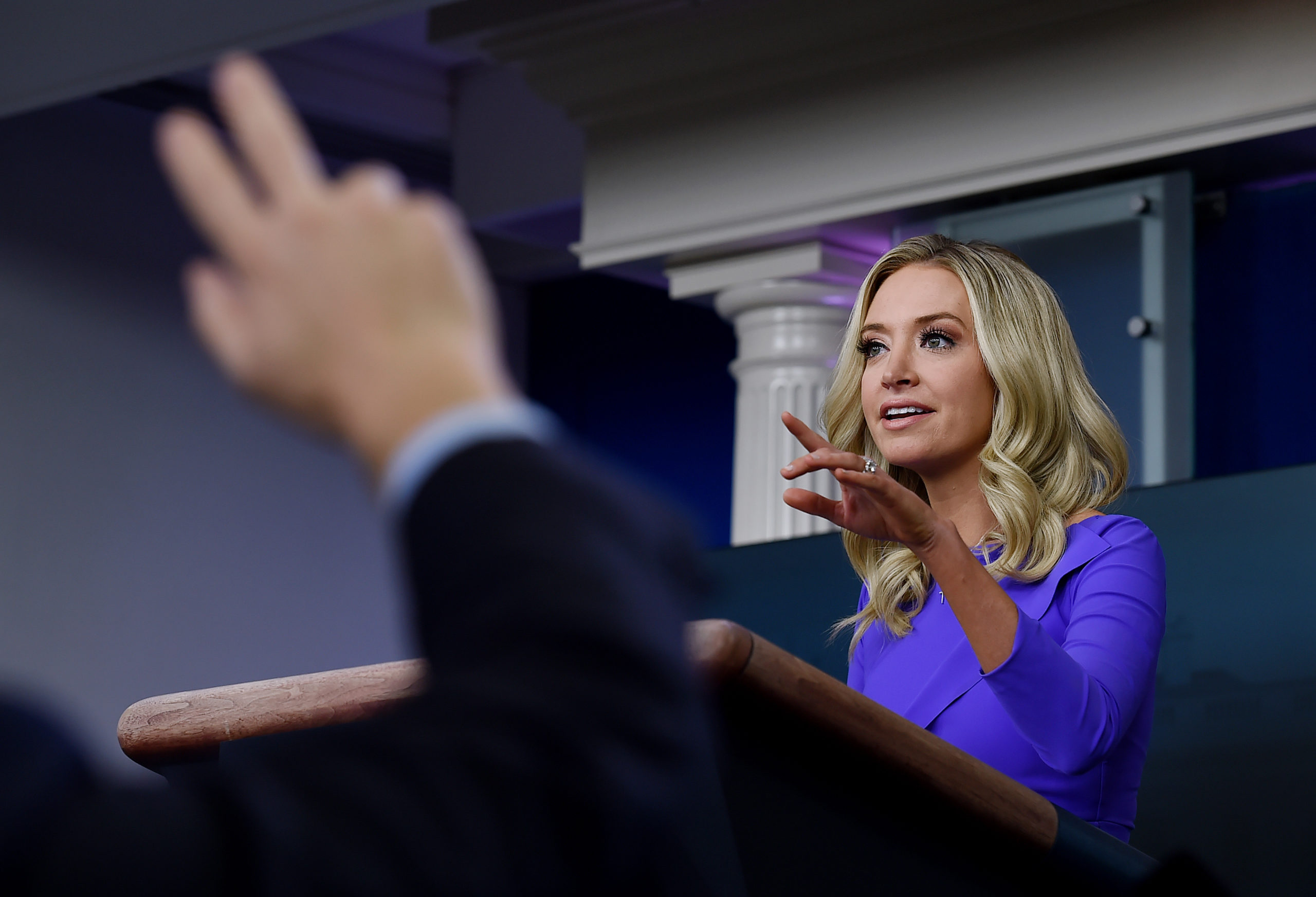 White House Press Secretary Kayleigh McEnany speaks during a press briefing on December 15, 2020, in the Brady Briefing Room of the White House in Washington, DC. (Photo by OLIVIER DOULIERY/AFP via Getty Images)

In response to a followup question on Dr. Anthony Fauci’s earlier comments — that Trump and President-elect Joe Biden should publicly take the vaccine — McEnany stated “there will be senior administration officials taking it publicly to instill confidence. It’s very important.”

She added that she “absolutely” is open to taking the vaccine publicly if asked, but again clarified previous reporting that the majority of White House staff would not have access to the vaccine until front line workers and the “vulnerable” are vaccinated first.

“Absolutely,” McEnany continued when asked if Trump will publicly urge people to be vaccinated. “These are vaccines he oversaw the development of. He has great confidence in them. He wants to see all Americans get this vaccine and he wants to see the most vulnerable among us get it first.”