New York City’s richest residents are fleeing the city during the pandemic and they’re taking $34 billion with them, Reuters reported.

But while the high-income residents leave, people with lower incomes are taking their place, according to a Reuters report that looks at migration patterns. The demographic change could have a long-term impact on the city known for its steep cost of living. 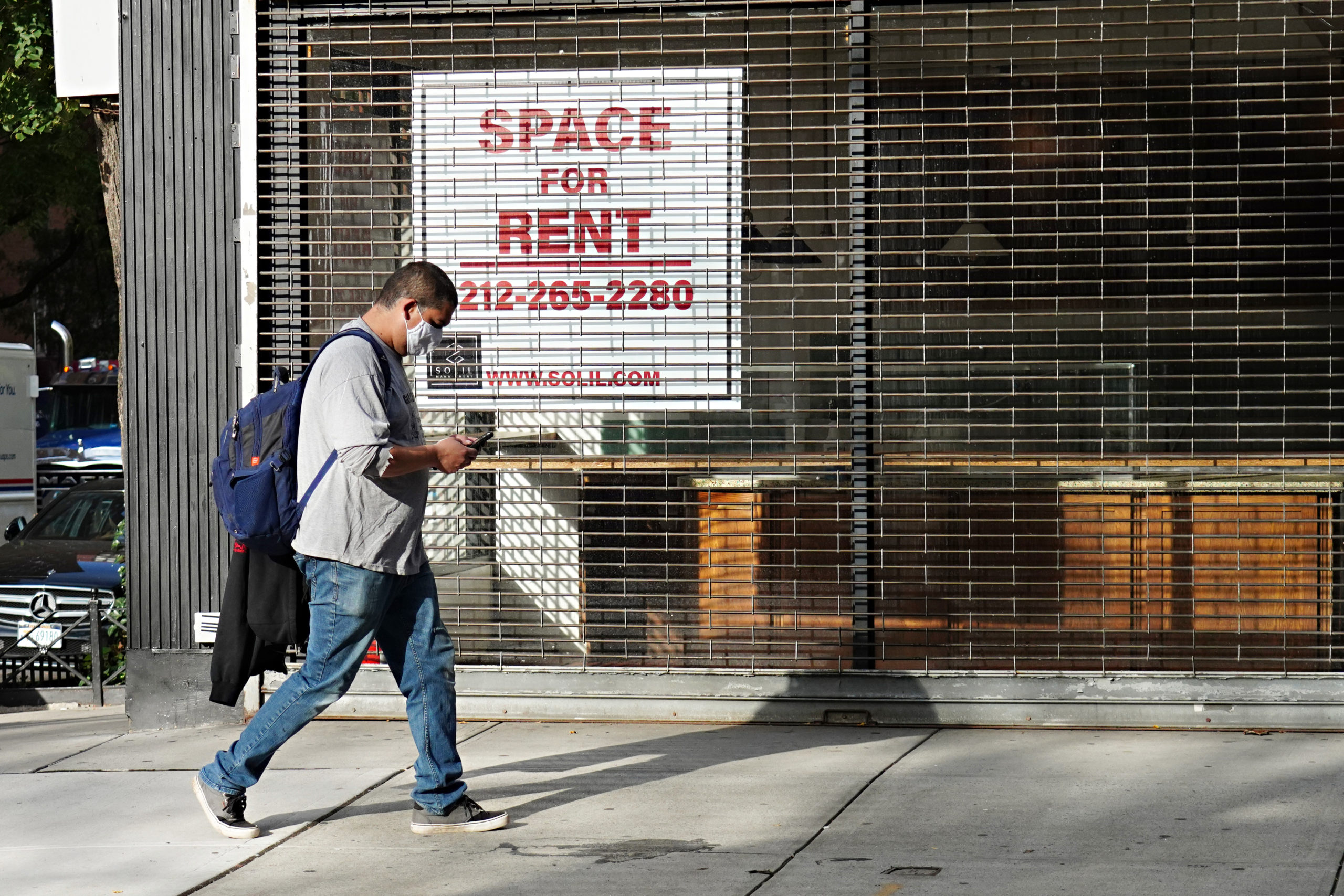 NEW YORK, NEW YORK – OCTOBER 19: A man wearing a protective mask walks by a closed cafe with a sign in the window reading ‘SPACE FOR RENT’ as the city continues the re-opening efforts following restrictions imposed to slow the spread of coronavirus on October 19, 2020 in New York City. (Photo by Cindy Ord/Getty Images)

Between Jan. 1 and Dec. 7, 3.57 million people left New York City, the Unacast study found by analyzing anonymized cell phone data. Nearly 3.5 million people with lower incomes moved into the city, however, the data suggests that the exodus of New Yorkers after months of lockdowns and other restrictions due to the pandemic isn’t as large as anticipated.

But the loss of income may have long-term consequences, especially if it’s compounded by a significant population decrease.

Thomas Walle, chief executive and co-founder of Unacast, told Reuters that the average resident of Tribeca who left in 2020 earned about $140,000, while the person taking their place in the wealthy neighborhood earned an average $82,000.

The data shows that many New Yorkers are going to other parts of the state outside of the city, or are moving to nearby states, including New Jersey and Connecticut. Nearly 10% are going down south, especially to Florida.

“The big question is, ‘How does real estate and retail in particular adapt to that?’” Walle said.

Manhattan real-estate sales experienced the largest decline in 30 years in July amid apprehension about coronavirus shifting buyer preferences. The rental market, however, was what brokers said will face the most immediate pressure since renters can leave the city easily. (RELATED: ‘Financially Devastated’: 87% Of NYC Bars, Restaurants Couldn’t Make August Rent)

Changing demographics may necessitate lower-priced living options in the city, and in the future, stores selling expensive, luxury products may be replaced with more affordable brands. 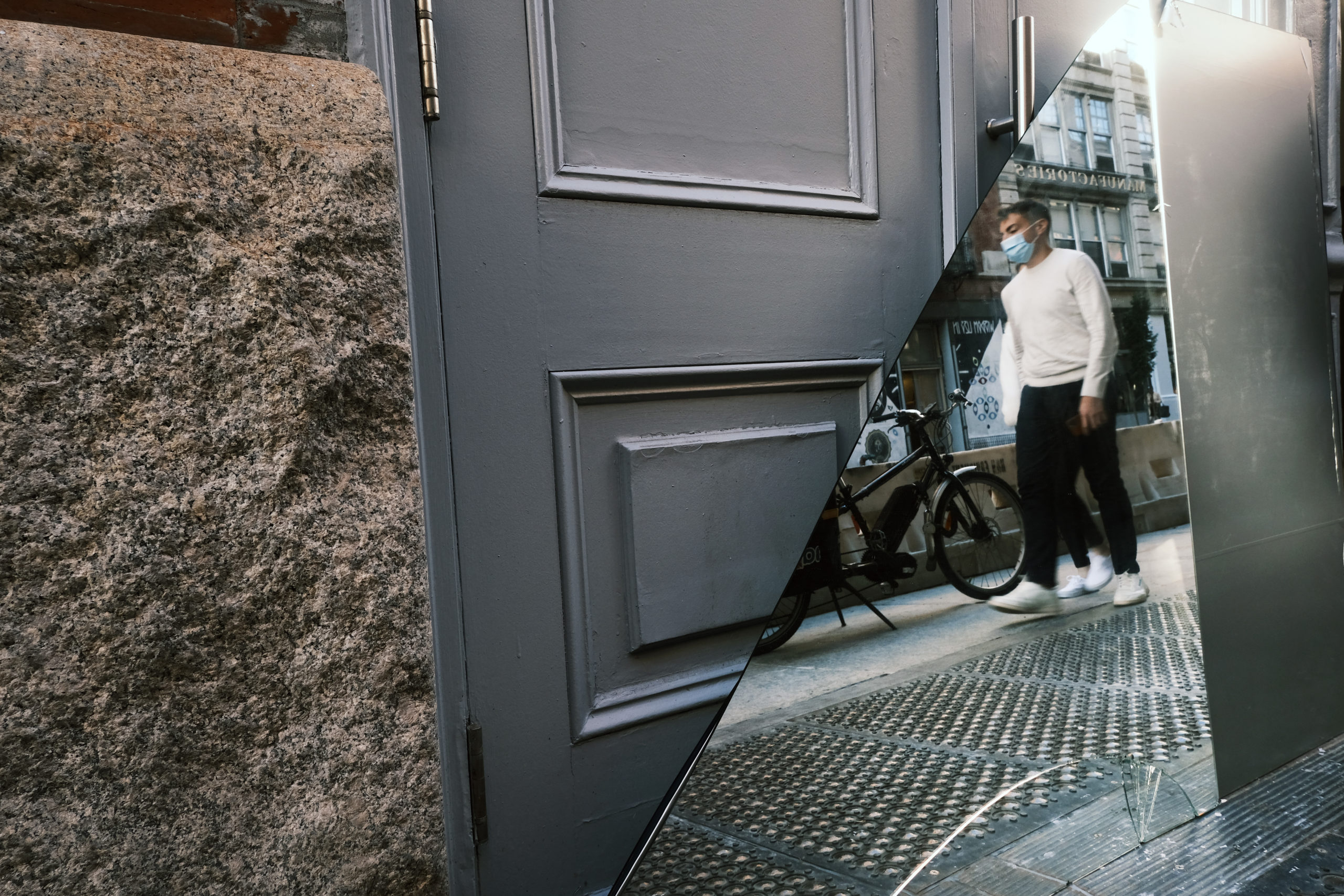 NEW YORK, NEW YORK – OCTOBER 08: People walk through Manhattan’s SoHo neighborhood, which is home to numerous upscale stores, boutiques, art galleries and multimillion-dollar lofts on October 08, 2020 in New York City. In an effort to create more affordable housing, New York City Mayor Bill de Blasio has announced a rezoning proposal that would bring 3,200 apartments to the area, 800 of which would be below-market rate. (Photo by Spencer Platt/Getty Images)

The city is also grappling with a wave of business closures due to pandemic-related shutdowns, and a survey in September found that 87% of restaurants, bars, and nightlife venues couldn’t pay their full rent in August, and 34% couldn’t pay it at all amid slashed revenues.