“We write to urge you to veto the end-of-the-year omnibus spending bill. Speaker Nancy Pelosi is yet again giving us a massive take-it-or-leave-it bill, negotiated behind closed doors, that expands government, spends at record levels well above the 2011 base cap levels, and funds unnecessary or even harmful federal programs, Most of all, this bill continues to pile massive amounts of debt on top of the more than $27.5 trillion we already owe.” 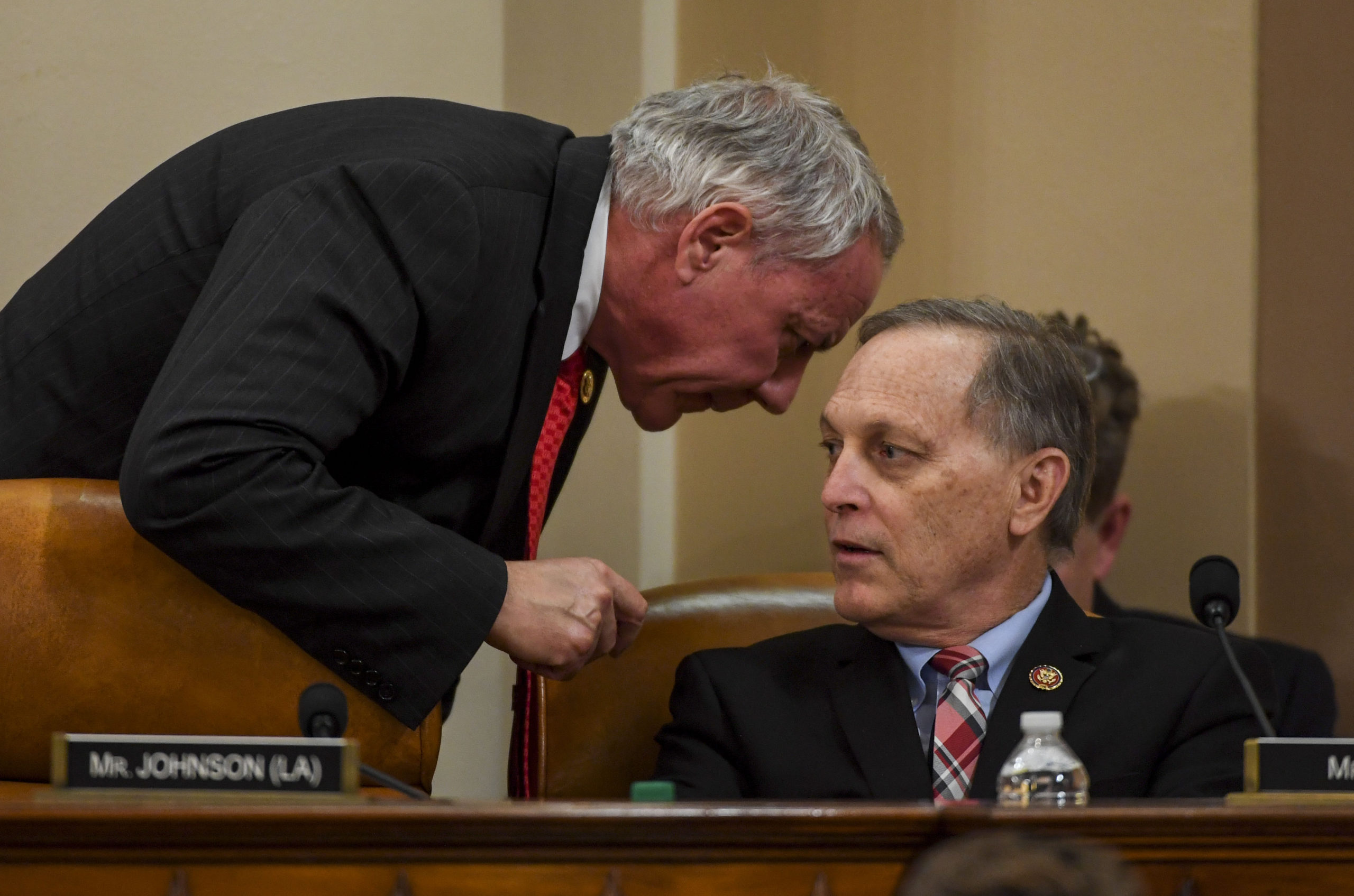 The bill allocates approximately $900 billion towards a coronavirus aid package, along with a $1.4 trillion omnibus, totaling the price to an estimated $2.3 trillion, Fox News reported. The GOP lawmakers claim this would raise the national debt to an alarming rate, adding House Speaker Nancy Pelosi “fully funds an agenda rejected by the American people.”

“It is noteworthy that Speaker Pelosi saw her Democrat majority significantly shink in the 2020 election. Now she is trying to pass a massive spending bill that fully funds an agenda rejected by the American people, without allowing any debate or amendments whatsoever by the full body of the House of Representatives,” the letter continues.

“The incoming 117th Congress should address the outstanding spending issues for fiscal year 2021 by passing individual appropriations bills through the normal legislative process, giving all members an opportunity to pa1ticipate in the lawmaking process – and preventing the disenfranchisement of millions of Americans who have no say.”

The letter recommends Congress pass “a short-term resolution” to “allow that process to happen” until the new Congress is sworn-in. (RELATED: Sen. Jon Tester On Democrats’ Failure To Connect With Voters)

“Mr. President, we thank you for continuing to fight for the American people and our constituents. Our country will be better off if you veto this omnibus appropriations bill for fiscal year 2021. We will strongly support your efforts to demand better from the fiscally irresponsible Congressional leadership,” the letter concludes.