Former Houston Police Department Captain Mark Anthony Aguirre was arrested and charged Tuesday for running a man off the road and holding him at gunpoint in an attempt to prove that there was voter fraud, according to the Harris County District Attorney’s office.

Aguirre told authorities that there was a massive voter fraud scheme taking place in Harris County prior to the election, according to the press release.

Aguirre, who belonged to a private citizen group called “Liberty Center,” decided he and the group would take matters into their own hands to conduct civilian investigations into voter fraud allegations. (RELATED: Texas County Approves $2.5 Million Of Taxpayer Money For Illegal Immigrant Defense Fund)

Aguirre told police he had been watching the victim for four days, believing the unidentified man had 750,000 fraudulent ballots kept in his truck.

Unbeknown to Aguirre, the man turned out to be “an innocent and ordinary air conditioner repairman.”

Aguirre allegedly ran his SUV into the technicians truck to get him to stop driving and step out of the vehicle. When the unsuspecting technician got out of the vehicle, Aguirre pointed a gun at him and forced him on the ground, putting his knee on the technician’s back. This was caught on the body-worn camera of a police officer, according to the release. 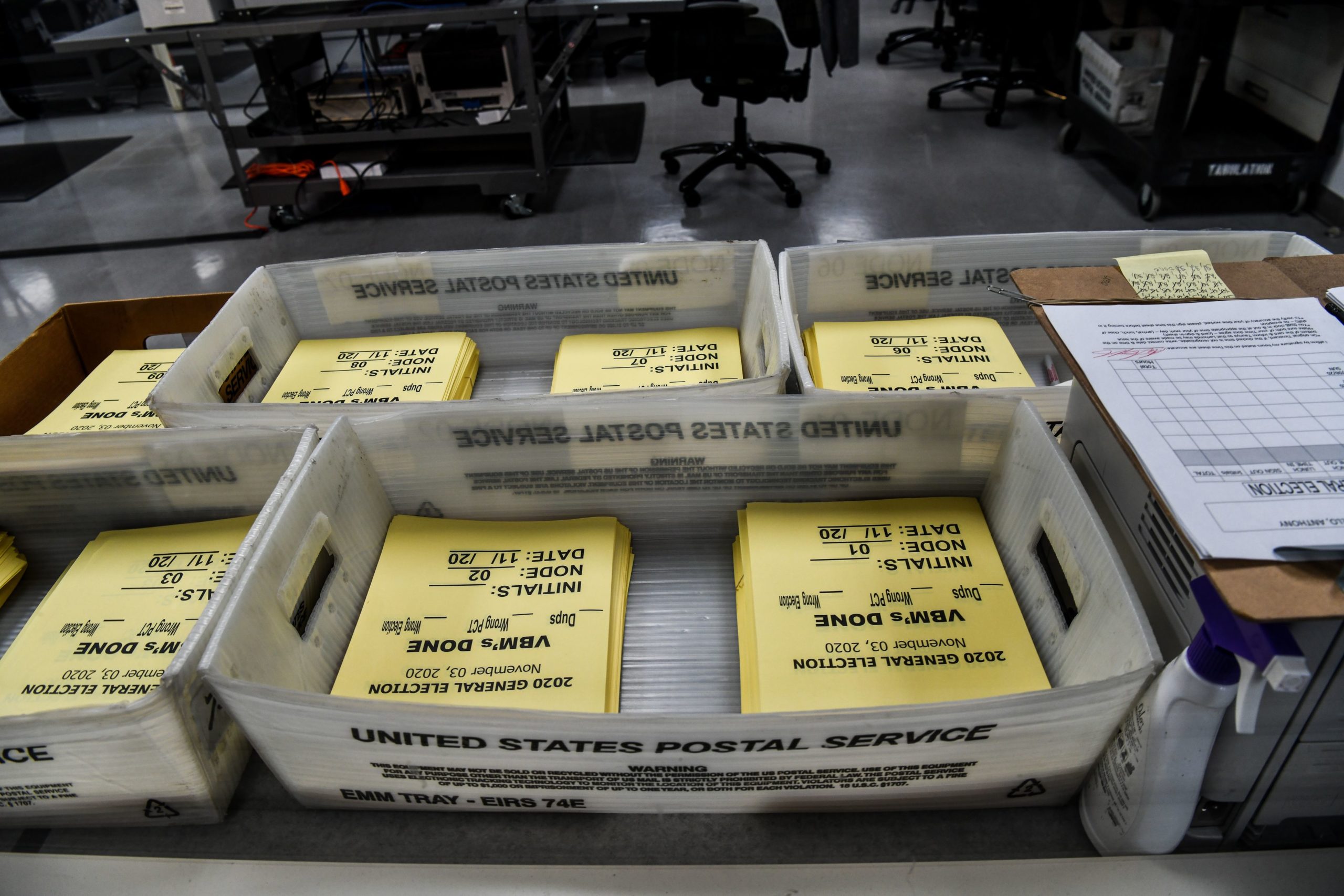 Paperwork for sorting ballots is seen during the vote-by-mail ballot scanning process at the Miami-Dade County Election Department in Miami, Florida on November 3, 2020. – The US started voting Tuesday in an election amounting to a referendum on Donald Trump’s uniquely brash and bruising presidency, which Democratic opponent and frontrunner Joe Biden urged Americans to end to restore “our democracy.” (Photo by CHANDAN KHANNA / AFP) (Photo by CHANDAN KHANNA/AFP via Getty Images)

Aguirre sent police to a nearby parking lot where another unidentified suspect took the technician’s truck. The truck had air conditioning parts and tools but no ballots.

Aguirre was paid $266,400 by the Liberty Center for God and Country for the deed, according to the press release.

He was arrested and charged with aggravated assault with a deadly weapon, a second degree felony that carries a maximum sentence of 20 years, according to ABC 13.

“He crossed the line from dirty politics to commission of a violent crime and we are lucky no one was killed,” Harris County District Attorney Kim Ogg said. “His alleged investigation was backward from the start – first alleging a crime had occurred and then trying to prove it happened.”

Aguirre’s attorney, Terry Yates, said he thinks the whole incident was merely an “accident,” according to ABC 13.

“I think it’s a political prosecution. He was working and investigating voter fraud, and there was an accident,” Yates said. “A member of the car got out and rushed at him and that’s where the confrontation took place. It’s very different from what you’re citing in the affidavit.”