22-year-old Leon Taylor is wanted on a murder charge in East Chicago, Indiana, according to CBS 2 Chicago. He’s considered armed and dangerous.

An agent from REDI Transports of Green Bay, Wisconsin was transporting Taylor from Texas when he reportedly escaped the van through a window while the vehicle made a pit stop at a McDonald’s drive-through around 3 p.m.

The driver said he opened the back window of the car, which is how Taylor somehow climbed out and ran off, according to ABC 7 Chicago.

Lake County Sheriff Oscar Martinez Jr. said the driver appeared to not follow procedures, according to the report. (RELATED: REPORT: Babysitter Charged With Pummeling Child To Death Allegedly Searched ‘Sudden Urge To Beat A Child That’s Not Yours’)

“After watching this video, I am highly disturbed and disappointed by the procedures the private transportation driver used during the transfer of this suspect to our jail.” 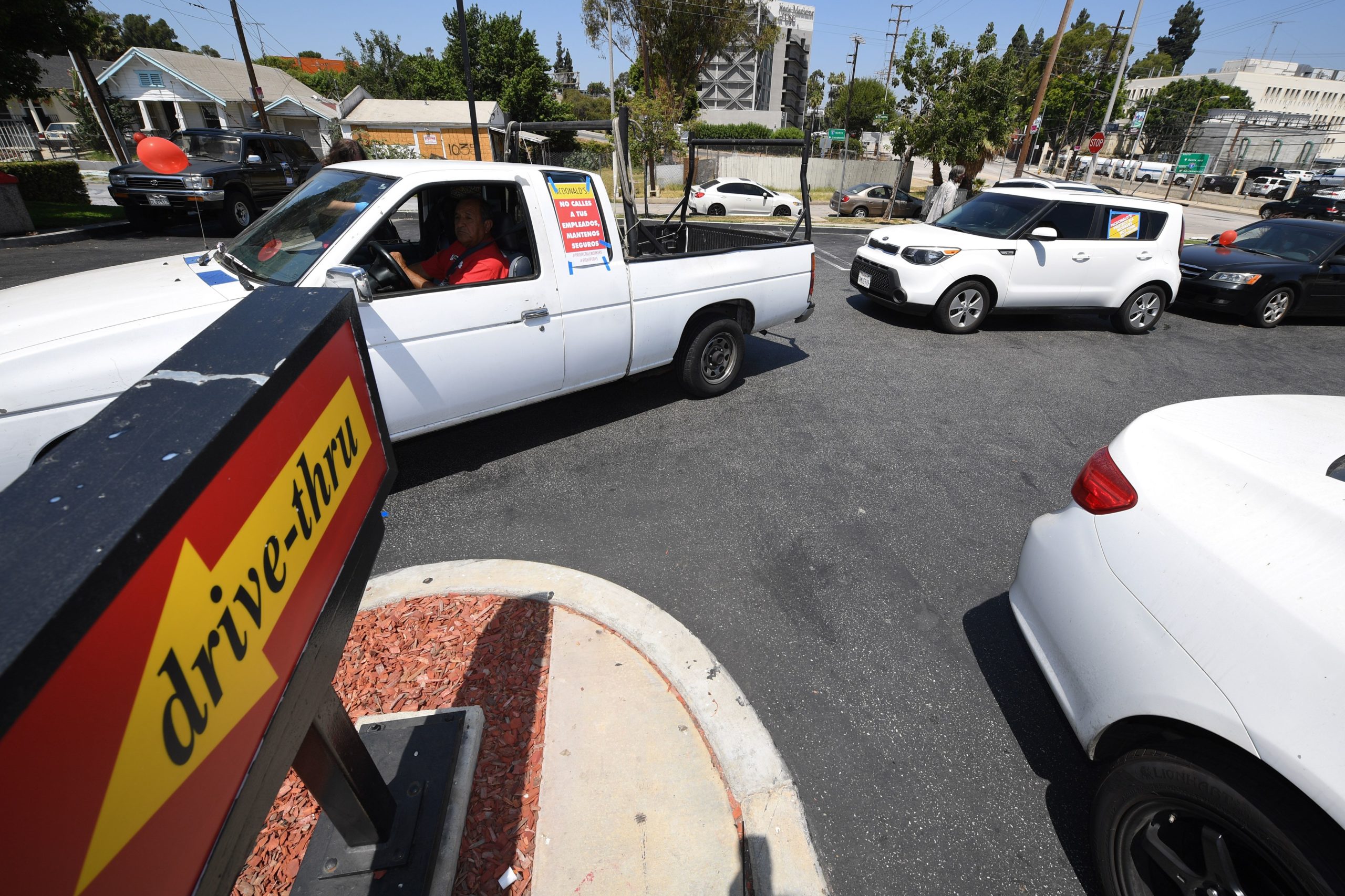 McDonald’s workers and their supporters hold a drive-thru rally to protest what they allege is McDonald’s attempts to silence a worker who spoke out about unsafe conditions amid the COVID-19 pandemic, August 7, 2020 outside a McDonald’s in Los Angeles, California. (Photo by Robyn Beck / AFP) (Photo by ROBYN BECK/AFP via Getty Images)

Martinez Jr. noted that the driver’s account doesn’t seem to add up to what surveillance video shows, ABC 7 Chicago reported.

“The video clearly shows him [Taylor] exiting through a door to the vehicle.”

Martinez Jr., also said that in surveillance footage, it appears Taylor isn’t wearing shackles and can be seen fiddling with his leg brace.

“We also believe the suspect may have been manipulating his leg brace during the trip and was apparently continuing to disable the device when he exited the SUV.”

President of REDI Transports Crystal Cook said Taylor was restrained by a belly chain with handcuffs and a leg brace but still managed to escape, according to CBS 2 Chicago.

“They had three or four helicopters in the sky, they had tanks rolling down – so they were really trying to catch this guy,” she added, according to CBS 2 Chicago.

A manhunt was underway by Gary and Lake County sheriff’s police that included the use of K-9 units but the team was unsuccessful in locating Taylor, according to KWTX.

The Daily Caller reached out to the Lake County Sheriff’s office but did not receive a response at the time of publication.