The 9th Circuit Court of Appeals ruled Tuesday that Nevada’s limits on church attendance are unconstitutional, reversing earlier federal court rulings that permitted the state to cap the size of indoor worship services.

In a unanimous ruling, the three judge panel used the same reasoning that the Supreme Court used in its Nov. 27 ruling that New York’s coronavirus restrictions that set limits for houses of worship were unconstitutional.

Calvary Chapel Dayton Valley, a church in Reno, argued that Nevada treated houses of worship and religious services less favorably than casinos, gyms, restaurants and other businesses which had their attendance limits capped at 50% capacity. However, Sisolak’s order imposed a 50 person cap on religious services. (RELATED: ‘New California’ And ‘New Nevada’ File Brief In Support Of Texas-Led Lawsuit Seeking To Overturn Election Results)

The panel ruled that while curbing the spread of the coronavirus is a state interest, the state could have set a 50% capacity for houses of worship like it did for retail stores, casinos, restaurants and other businesses.

The Supreme Court refused to take the case in July, with Chief Justice John Roberts joining the majority in rejecting the bid, which gave no reasons and was unsigned.

“The Constitution guarantees the free exercise of religion. It says nothing about the freedom to play craps or black-jack, to feed tokens into a slot machine, or to engage in any other game of chance. But the Governor of Nevada apparently has different priorities.”

However, the Supreme Court ruled in November that Democratic New York Gov. Andrew Cuomo’s coronavirus restrictions that restricted capacity limits at places of worship were unconstitutional because they were “discriminatory,” against houses of worship. 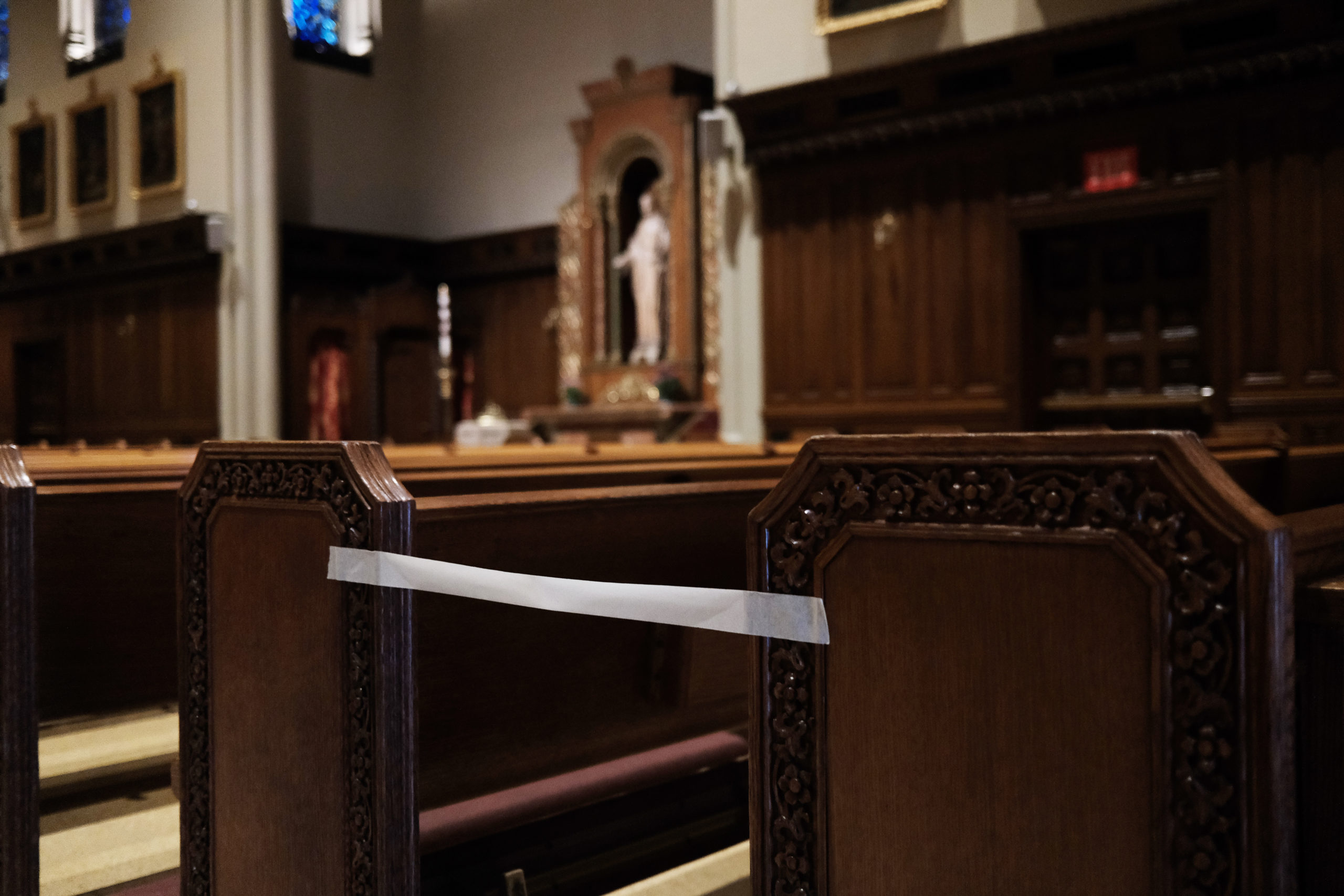 NEW YORK, NEW YORK – NOVEMBER 27: Empty pews are marked for spacing in a Manhattan church on November 27, 2020 in New York City. In a decision which included newly installed Justice Amy Coney Barrett, the Supreme Court has voted to temporarily block rules in New York that severely restrict gatherings at houses of worship in areas hit hardest by Covid-19. The ruling was a win for conservatives on the court. (Photo by Spencer Platt/Getty Images)

“The American people lose when the government decides which beliefs should prevail. Instead, the federal government should treat religious Americans and organizations on an equal playing field with their secular neighbors.”