The U.S. reported lower than expected retail sales in November, marking the second straight month the figure decreased even as the holiday shopping season began.

Retail sales totaled $546.5 billion in November, a 1.1% drop from October’s figures, according to a Wednesday Department of Commerce report. Economists had projected retail sales to decrease by just 0.3%, CNBC reported.

“It’s clear it’s going to be a very tough winter for a lot of segments of the economy,” Shapiro said. (RELATED: COVID-Fueled Economic Slowdown Likely To Starve Millions Of Children, New Study Claims)

The Commerce Department also revised October retail sales from a 0.3% increase to a 0.1% decrease. The revision meant that October was the first month in which U.S. retail sales decreased, ending a several months-long rally, The WSJ reported.

Retail sales bottommed out at $412.77 billion in April as coronavirus quickly spread across the country and government restrictions shut down local economies, according to The WSJ. The sales figure dipped despite November marking the beginning of the holiday shopping season. 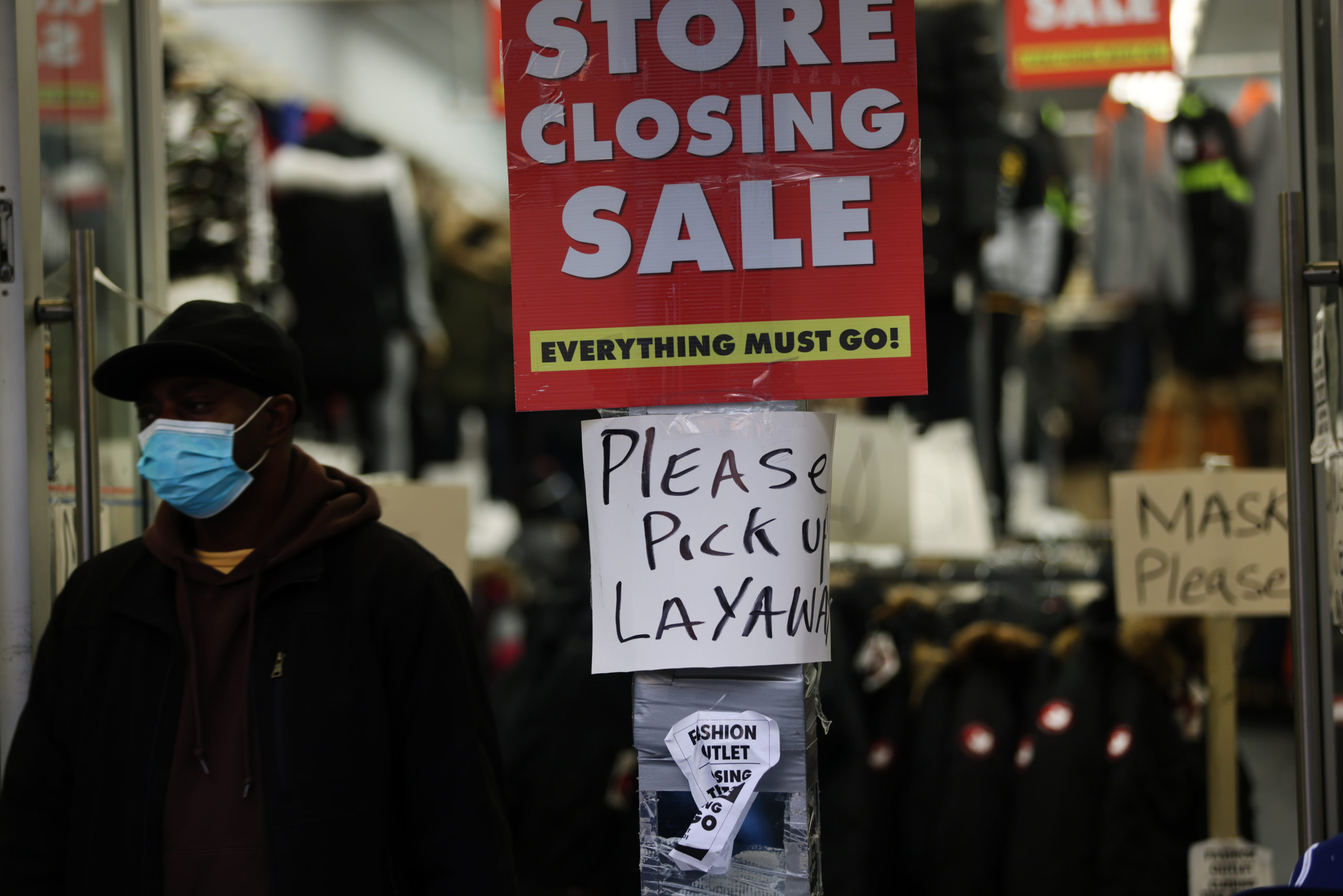 Sale signs are displayed in the window of a Brooklyn, New York on Dec. 1. (Spencer Platt/Getty Images)

Americans spent an average of about $312 on holiday purchases from Thanksgiving to Cyber Monday, a 14% decrease compared to the same period in 2019, according to the National Retail Federation and Prosper Insights & Analytics, The WSJ reported.

New jobless claims increased to 853,000 Thursday signaling a slowing economic recovery. The U.S. added just 245,000 jobs in November, while unemployment fell to 6.7%, according to the Department of Labor data released Dec. 4. (RELATED: ‘We’re On The Cusp Of An Economic Catastrophe’: Experts Sound The Alarm At Potential For More Lockdowns)

However, the Dow Jones Industrial Average surged at the end of November, surpassing 30,000 for the first time in the index’s history due to positive vaccine developments, according to CNBC. Health care providers began inoculating Americans with pharmaceutical company Pfizer’s coronavirus vaccine Monday.

Average coronavirus cases and deaths per million have been steadily increasing in the U.S. since mid-October, according to The COVID Tracking Project. On Tuesday, the U.S. reported 2,918 new coronavirus-related deaths and 189,783 new cases while 112,816 Americans remained hospitalized from the virus.