Both GOP senators lead by three percentage points over their Democratic Party challengers at 51% to 48%, with the remaining 1% undecided.

Ossoff and Warnock, who campaigned on Tuesday with President-elect Joe Biden, lead significantly in urban and suburban areas with around three-quarters of voters polled, while Perdue and Loeffler lead in rural parts of the state. 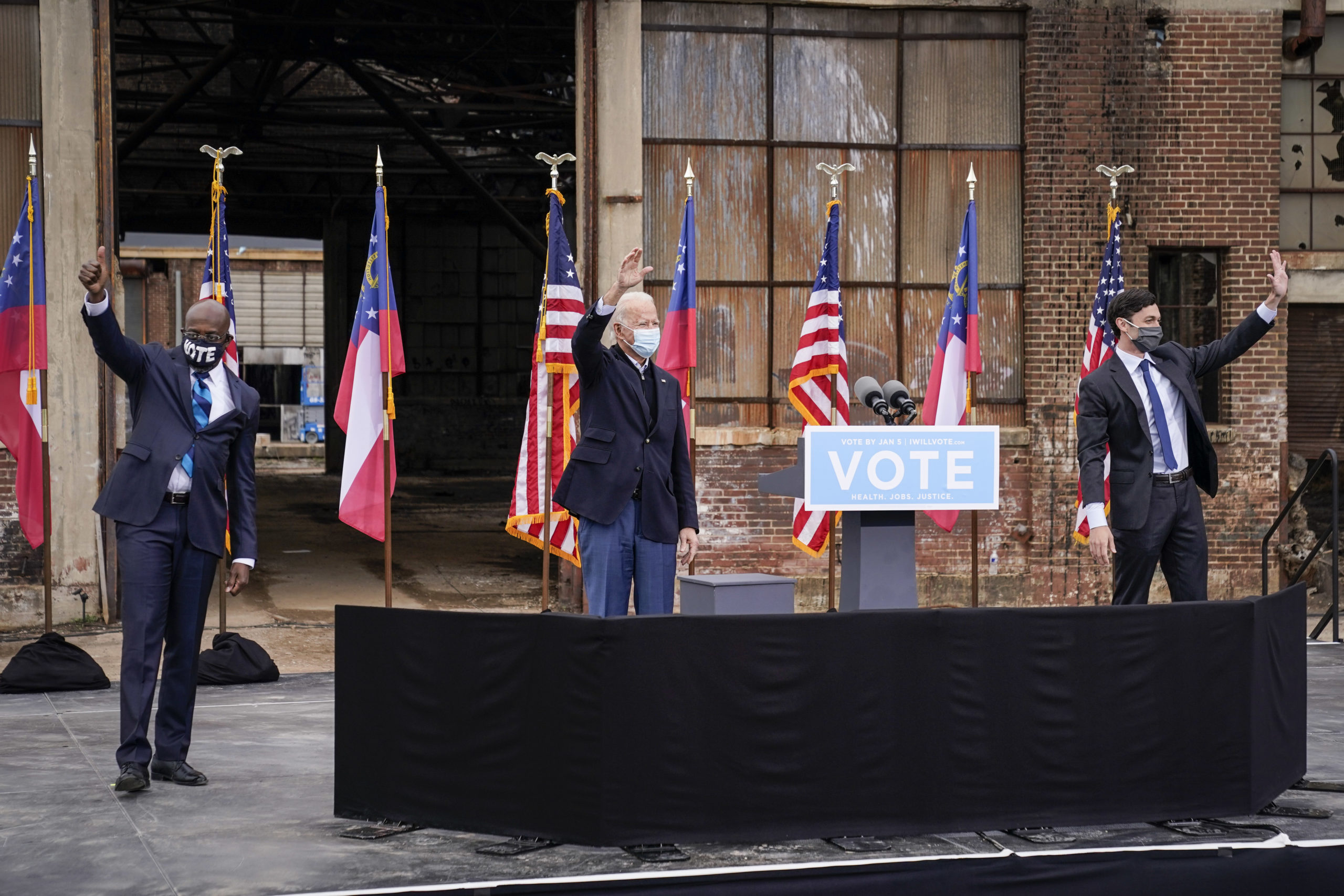 The Republican incumbents are favored by voters over age 65, while those under 30 tended to support their Democratic challengers, the poll revealed.

“The data revealed there is little crossover support, which suggests one party should win both seats,” said Spencer Kimball, Director of Emerson College Polling.

While male voters tended to support the GOP candidate at 53% to 47%, female voters were more split, supporting Ossoff and Loeffler at 50% to 49%.

The current Real Clear Politics average has Perdue leading by 1.2% and Loeffler leading by a narrower .02%. The last poll to show Democratic candidates leading was conducted in late November.

President Donald Trump conducted a campaign rally in the state on December 5, but Republicans have had to walk a fine line between supporting the president’s efforts to characterize the November election as “rigged” while still encouraging voters to participate in the Jan. 5 runoff. Republicans must win one of two seats to maintain their narrow Senate majority.