“While you are entitled to your own opinions, Ms. Powell,” the letter reads, “you are not entitled to your own facts,” before stating that Powell’s claims were “predicated on lies” and had “endangered Dominion’s business and the lives of its employees.” (RELATED: Republican Georgia Election Official Gabriel Sterling Explodes On Trump For ‘Inspiring’ Violence With Election Claims) 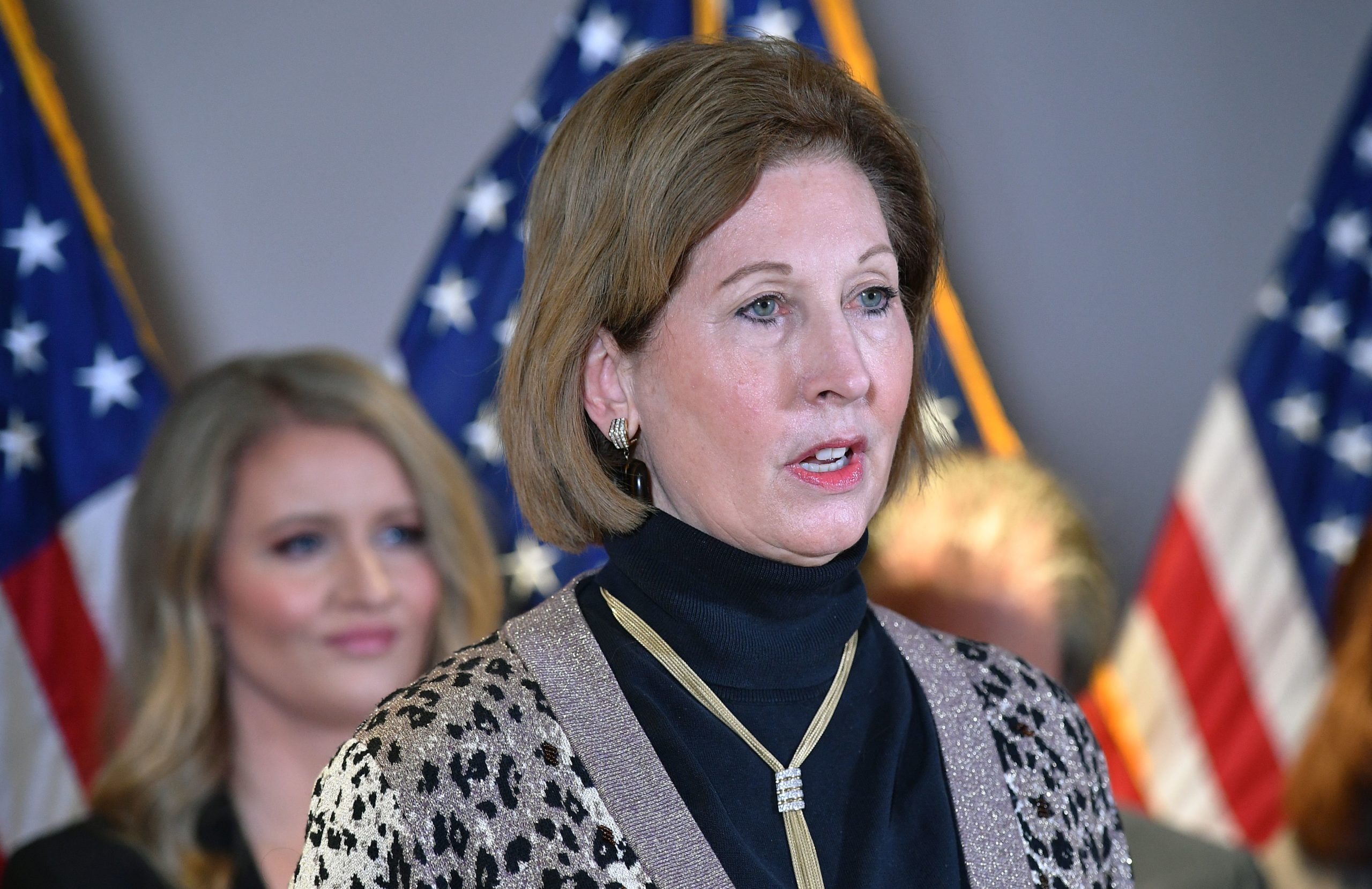 A November 19, 2020 photo shows Sidney Powell speaking during a press conference at the Republican National Committee headquarters in Washington, DC. – US President Donald Trump’s personal lawyer Rudy Giuliani and campaign lawyer Jenna Ellis reportedly said that Powell is not a member of the Trump legal team. (Photo by MANDEL NGAN/AFP via Getty Images)

The Trump campaign formerly distanced itself from Powell following a November press conference at the Republican National Convention, where she claimed that Dominion had colluded with Hugo Chavez and Venezuelan communists to rig the election, which, according to The New York Times, Dominion denied in its letter.

The company added that it also does not have any ties to “Big Foot” or the “Loch Ness Monster.” Dominion’s letter further noted that Powell’s pubic claims were not included in any of the election lawsuits Powell filed, all of which had been dismissed by federal judges.

A number of top national Republicans, and members of President Donald Trump’s own inner circle, have harshly criticized Powell and Wood’s rhetoric.

Powell did not return the Daily Caller’s inquiries by press time.