A federal prisoner scheduled to be executed less than a week before the presidential inauguration was infected with the coronavirus, the Associated Press reported Thursday.

Dustin John Higgs, who is set to be executed Jan. 15, tested positive for the coronavirus, his attorney Devon Porter announced, according to the AP. 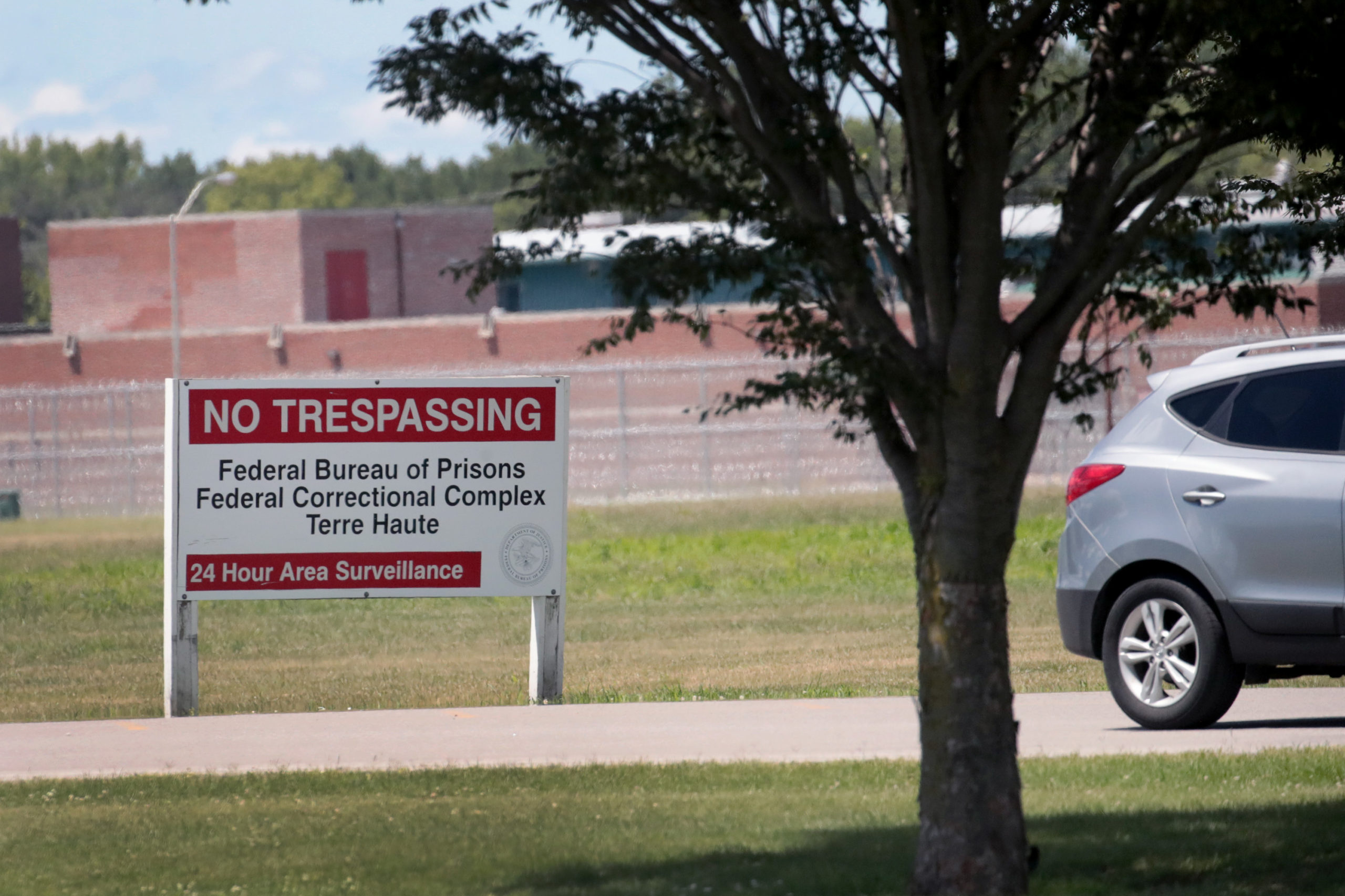 TERRE HAUTE, INDIANA – JULY 13: A sign sits at the entrance of the Federal Correctional Complex where Daniel Lewis Lee is scheduled to be executed on July 13, 2020 in Terre Haute, Indiana. (Photo by Scott Olson/Getty Images)

He is the last of a series of scheduled federal executions that began in July and included Alfred Bourgeois, Cory Johnson, and Lisa M. Montgomery. The latter two inmates are scheduled to be executed in the days before Higgs in Terre Haute, Indiana, the nation’s only federal death row. The execution is scheduled take place days before Joe Biden would be inaugurated. Democrats have called on the president-elect to end the death penalty by signing an executive order upon his first day in office.

The diagnosis could delay his execution if his condition worsens. Higgs’ attorney, who says his client didn’t kill anyone and doesn’t deserve the death penalty, has previously mentioned concerns about Higgs’ becoming infected with the virus, according to the AP. (RELATED: Democrats Mourn Executed Man Who Set Two Youth Ministers On Fire)

“This is surely the result of the super spreader executions that the government has rushed to undertake in the heart of a global pandemic. Following the two executions that took place last week and one other two weeks prior, the COVID numbers at the federal prison in Terre Haute spiked enormously,” Sean Nolan, one of Higgs’ attorneys, said, according to the AP.

The Federal Bureau of Prisons (BOP) said that inmates on federal death row had also tested positive, and that a contract tracing investigation showed that an employee working in the Special Confinement Unit had tested positive. The employee had not been in contact with staff members involved in executions in November or December, the AP reported.

Two inmates at the prison sued the federal government to suspend executions, alleging that the number of people attending executions and leaving could create a major coronavirus outbreak among the prisoners, and asked for executions to be delayed.