Macron is the third world leader, behind President Donald Trump and UK Prime Minister Boris Johnson, to test positive for coronavirus in 2020. His diagnosis came just days before his 43rd birthday Dec. 21. 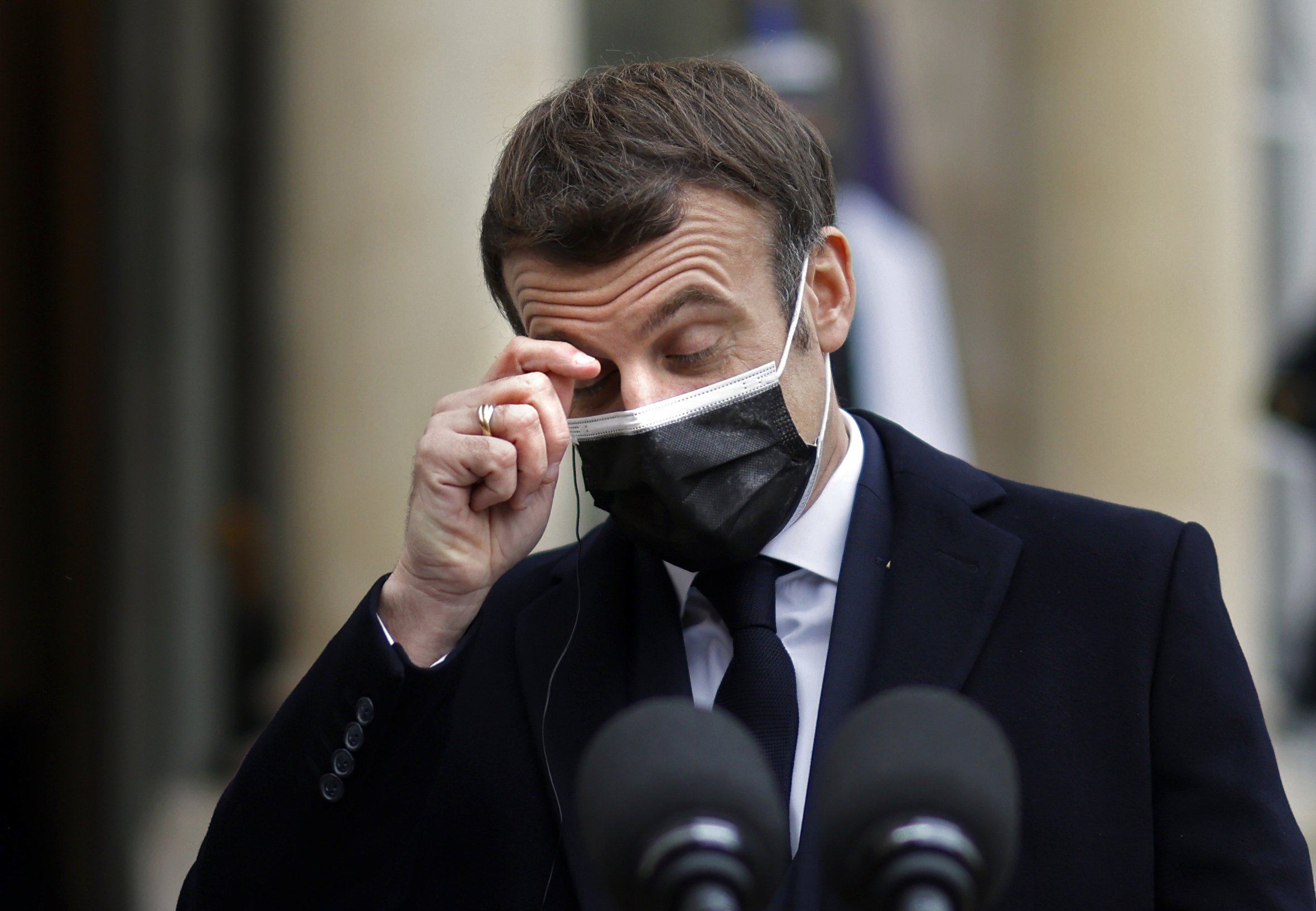 A picture taken on December 16, 2020 shows French President Emmanuel Macron gesturing as he addresses the press upon the arrival of Portuguese Prime minister for a working lunch at the Elysee presidential palace in Paris. – French President Emmanuel Macron has tested positive for Covid-19 on December 17, 2020, the presidency said, adding that he would now self-isolate for the next week. (Photo by THOMAS COEX/AFP via Getty Images)

“This diagnosis was established after a RT-PCR test that was carried out as soon as the first symptoms appeared,” the statement from Macron’s office reads before adding that he will work in isolation for the next seven days. Macron’s wife, Brigitte, French Prime Minister Jean Castex, and Spanish Prime Minister Pedro Sanchez will also isolate for seven days following close contacts with Macron. (RELATED: France Issues New Coronavirus Mandates)

German Chancellor Angela Merkel and Antonio Costa, the prime minister of Portugal, have also held recent meetings with Macron, but their offices have not yet released statements on whether they intend to isolate.

“I am whole-heartedly with you,” European Commission President Ursula von der Leyen tweeted in support of Macron’s diagnosis Thursday morning. “Together, we will defeat this pandemic.”

Macron’s diagnosis came two days after France partially lifted its heavy coronavirus lockdowns. French residents were allowed to go to school and work, but most public places were totally shutdown.

This is a developing story and will be updated as new information comes available.