“This Policy resembles the sort of discrimination-based legislation struck down under the equal protection clause in Romer v. Evans as nothing more than a policy ‘born of animosity toward the class of person affected’ that has ‘no rational relation to a legitimate government purpose,'” Watson wrote in reference to a 1996 gay rights case that found a Colorado amendment banning protection from discrimination based on sexual orientation was unconstitutional.

Three transgender women and one man sued Ohio over two years ago, arguing that the state’s ban on changing gender on a birth certificate was a violation of the 14th Amendment and exposed them to workplace discrimination and violence.

One of the defendants, Stacie Ray, testified that when she began her new job, a human resource professional questioned why the gender on her birth certificate and driver’s license did not match in front of ten to fifteen colleagues, according to the order. Ray then said she was harassed by co-workers, some who called her “freak” and one who threatened to “beat [her] ass” if she used a woman’s restroom. 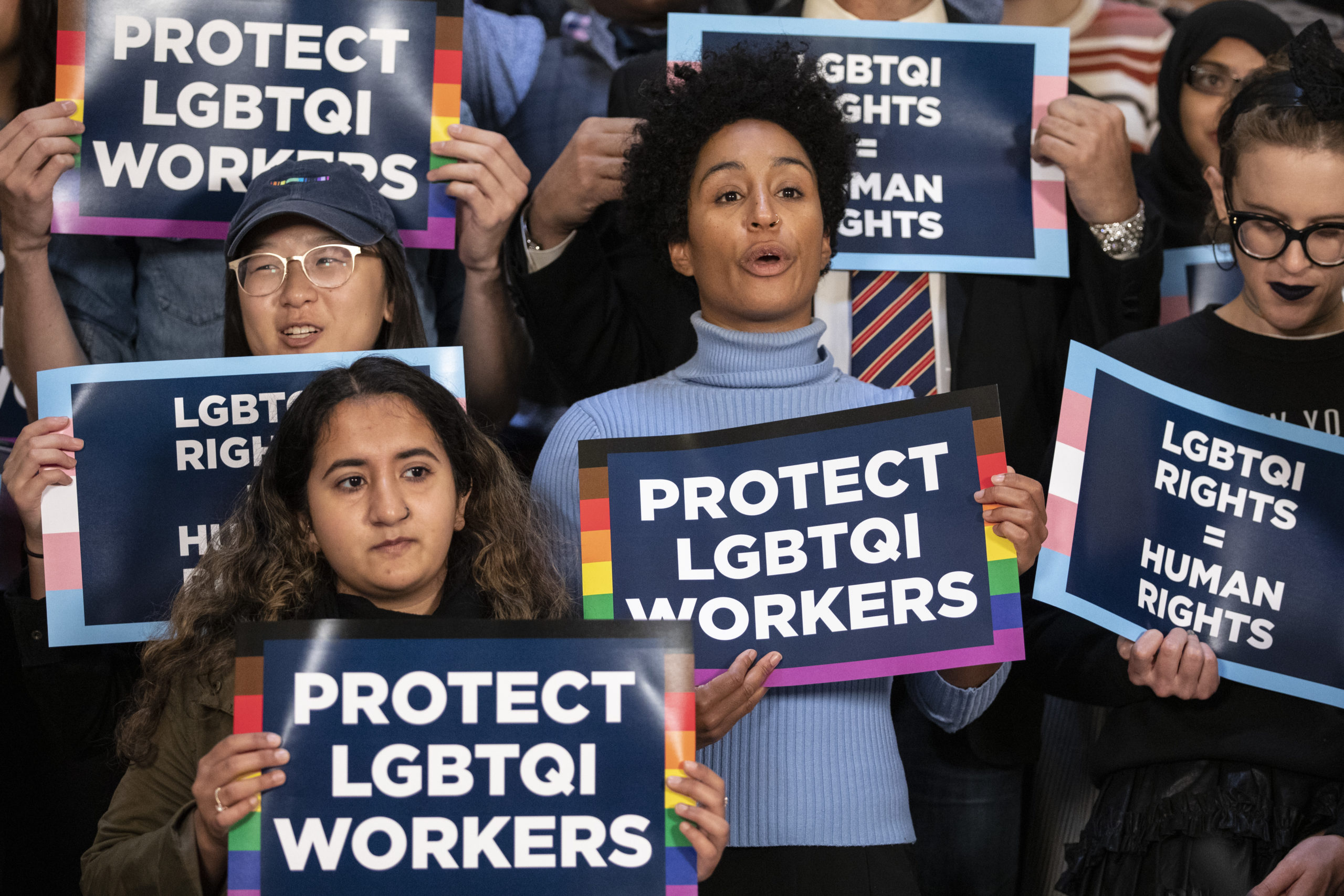 NEW YORK, NY – OCTOBER 08: Activists rally in support of LGBTQ rights at New York City Hall on October 8, 2019 in New York City. On Tuesday the U.S. Supreme Court will hear three cases on whether it is legal to fire workers because of their sexual orientation or gender identity.(Photo by Drew Angerer/Getty Images)

Another defendant experienced a similar issue where she was told by a human resource professional that she would “never be a woman” and would “always be a man in God’s eyes.” (RELATED: Reps. Tulsi Gabbard And Markwayne Mullin Introduce Bill That Would Allow Only Biological Females In Women’s Sports)

“The Court finds that Defendants’ proffered justifications are nothing more than thinly veiled post-hoc rationales to deflect from the discriminatory impact of the Policy,” Watson wrote. “And post hoc rationales do not suffice under either strict or intermediate scrutiny.”

Watson wrote in his decision that prior to 2016, changes to gender on a birth certificate were permitted, but the state’s Department of Health changed the policy.

Ray called the decision a “victory,” according to an official statement posted by Lambda Legal, a group that was involved in the suit.

“This is truly a victory for the LGBT community, in every aspect,” the statement said.

Elizabeth Bonham, staff attorney for the ACLU of Ohio, celebrated the changes.

“Today’s ruling affirms that the state must recognize the dignity and true identity of every transgender Ohioan. It is incredibly frustrating that our clients faced years of unlawful discrimination, but today we celebrate this victory as an acknowledgment to their commitment to justice” she said according to the statement.

Tennessee is now the only state that doesn’t allow gender changes to be made on birth certificates, according to CNN.