A paramedic fatally shot a 22-year-old man who reportedly shot him and his partner while they rendered aid to the man’s girlfriend.

Police in Pine Bluff, Arkansas, responded to a call early Thursday morning where two paramedics had been shot and injured, according to the Arkansas Democrat Gazette.

Paramedics John Spriggs Sr., 21, and Joshua Godfrey, 35, were rendering aid in their ambulance to a 20-year-old woman when her boyfriend, Kevin Curl Jr. approached them “aggressively,” according to police. 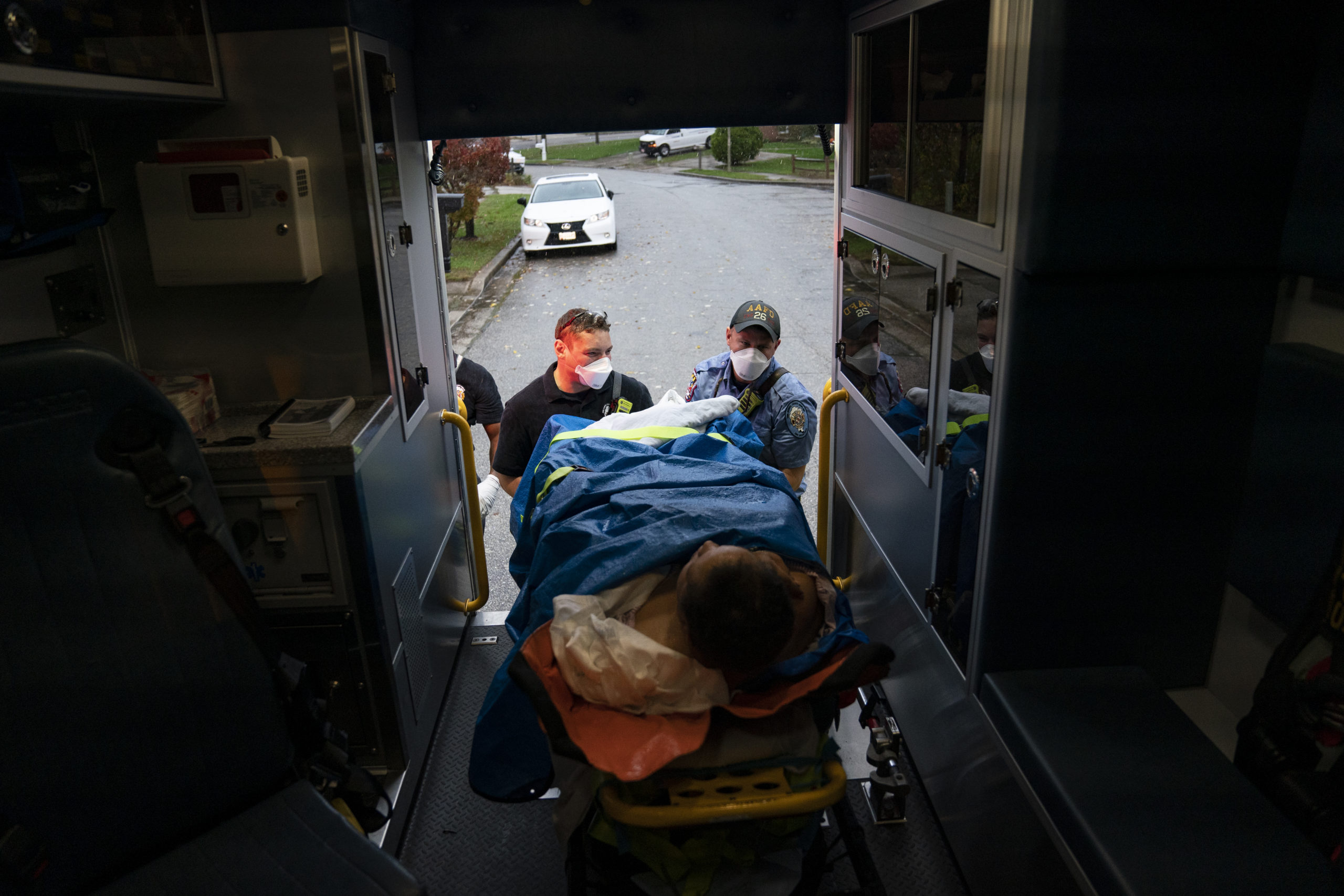 GLEN BURNIE, MD – NOVEMBER 11: (EDITORIAL USE ONLY) Firefighters and paramedics with Anne Arundel County Fire Department load a patient into an ambulance while responding to a 911 emergency call on November 11, 2020 in Glen Burnie, Maryland.  (Photo by Alex Edelman/Getty Images)

After refusing to back up, Curl pushed Spriggs, who then punched Curl, reported police. Curl then pulled out a gun and fired it at both paramedics, hitting them in the chest, pelvic, and abdomen areas, reported the Democrat Gazette.

Spriggs then fired back at Curl, striking him, police said. When police arrived, Curl was found dead on the kitchen floor of a residence with a gunshot wound to his chest, reported police. (RELATED: Concealed Carry Permit Holders Grows Seven-Fold In 20 Years)

The woman and both paramedics were taken to Jefferson Regional Medical Center to receive treatments for their injuries, according to the Democrat Gazette.