A federal grand jury on Thursday indicted half of a dozen men in connection to an October alleged plot to kidnap Democratic Michigan Gov. Gretchen Whitmer.

Adam Fox and Barry Croft Jr. were accused of orchestrating the purported scheme, and the pair allegedly recruited four other participants, according to a charging document released by U.S. Attorney Andrew Birge, which was obtained by the Washington Examiner. Croft and the four additional men engaged in a “field training exercise” to simulate an assault on a vehicle with rifles, authorities said, as stated by the Examiner. 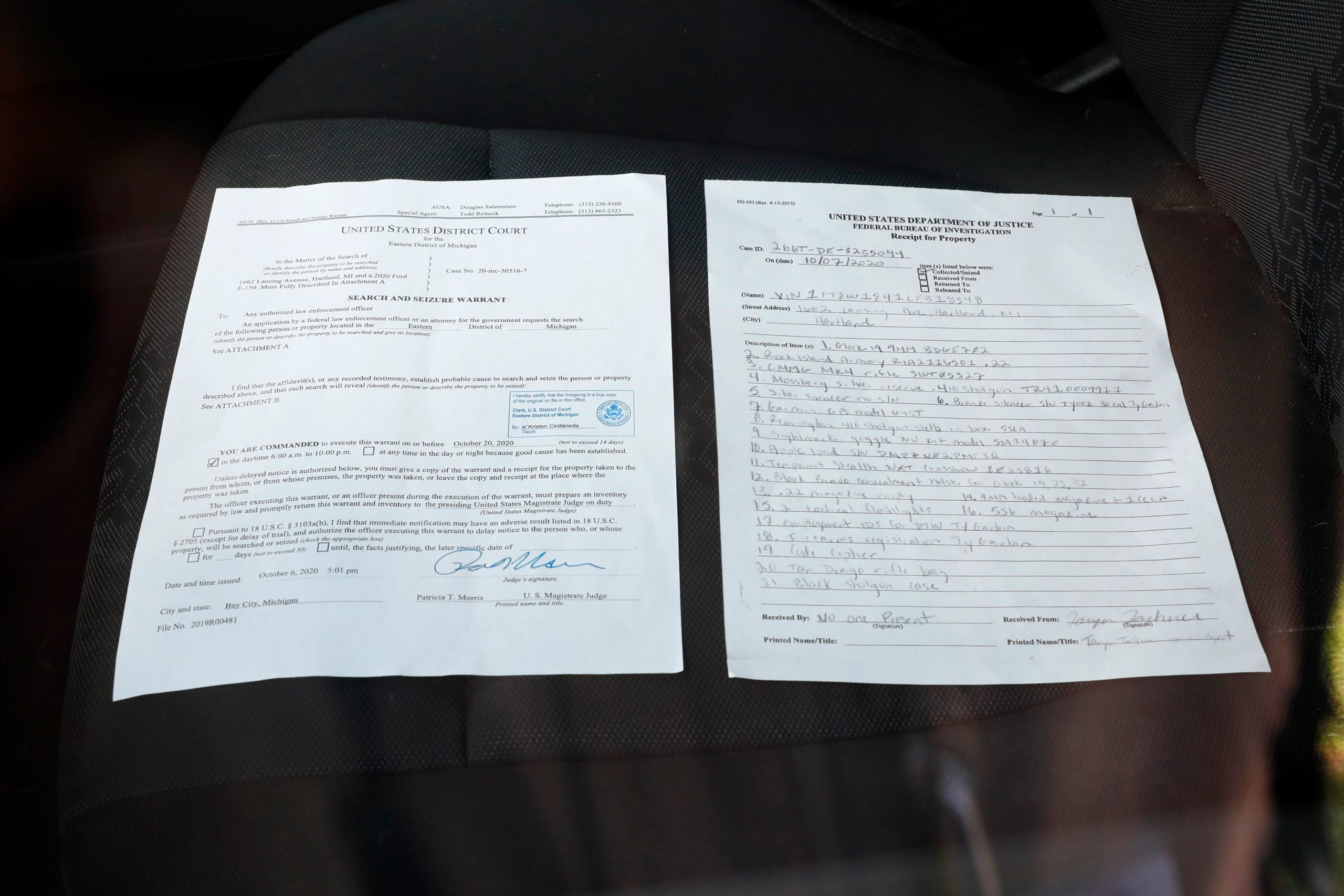 Fox also allegedly staked out Whitmer’s vacation home and proposed kidnapping the Democrat to three of the participants, the Examiner wrote. One man in the group suggested destroying a bridge near the governor’s residence, and another individual, Brandon Caserta, recommended killing police officers if they tried to intervene in their plot, prosecutors said, according to the Examiner.

The scheme was foiled by an undercover FBI agent who posed as a member of the plan, the Examiner reported.

All of the men were previously charged, but a grand jury indictment was necessary to forward the case against them, prosecutors said, according to the Examiner. (RELATED: 6 People Charged For Plotting To Kidnap Michigan Governor)

Whitmer in October blamed President Donald Trump’s rhetoric for the potential attack against her.

“Each time [Trump] has tweeted about me, each time that he has said ‘liberate Michigan’ and said I should negotiate with the very people who are arrested because they’re ‘good people,’ that incites more domestic terror,” Whitmer said, according to ABC News.

“And I am not the only governor going through this. Certainly it’s been worse for me than most, but it is not unique to me, it is not even unique to Democrats. This White House has a duty to call it out and they won’t do it; in fact, they encourage it.”