Pence, who stated his desire earlier in the week to receive the vaccine on camera to prove its safety, will be vaccinated side-by-side with Second Lady Karen Pence and Surgeon General Jerome Adams.

The ceremony is meant to “promote the safety and efficacy of the vaccine and build confidence among the American people,” the White House said in a statement issued to reporters Thursday afternoon. (RELATED: Fauci Says Biden, Harris, Trump And Pence All Need To Be Vaccinated As Soon As Possible) 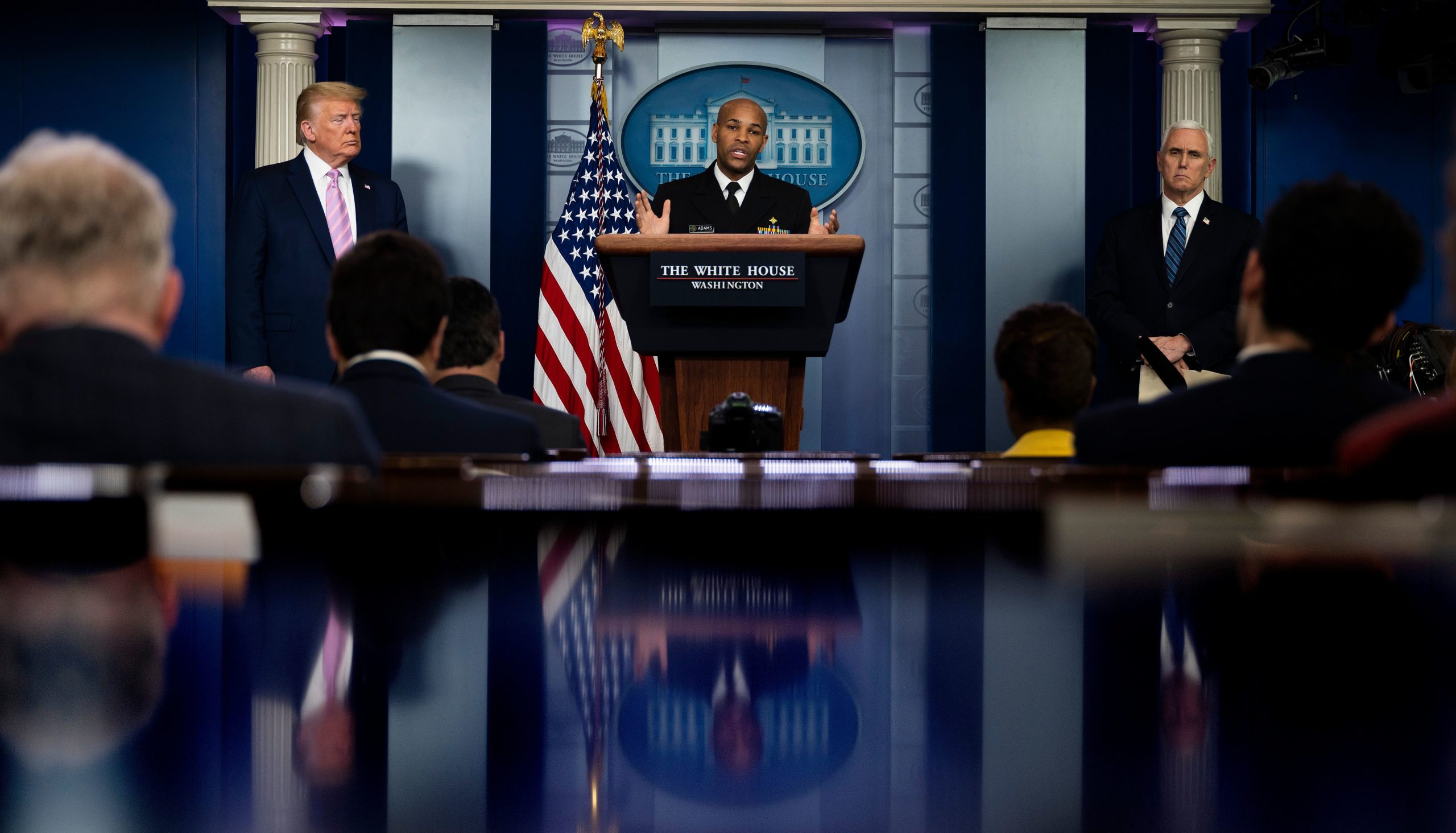 US Surgeon General Jerome Adams (C) speaks, flanked by US President Donald Trump (L) and US Vice President Mike Pence, during the daily briefing on the novel coronavirus, which causes COVID-19, in the Brady Briefing Room at the White House on April 10, 2020, in Washington, DC. (Photo by JIM WATSON/AFP via Getty Images)

President-elect Joe Biden also stated this week that he plans on publicly receiving the vaccine to urge Americans to follow in his footsteps, and while President Donald Trump repeatedly stated in recent months that he would take the vaccine as soon as it is available to the public, he has not committed to doing so following the Emergency Use Authorization granted to Pfizer by the Food and Drug Administration.

White House press secretary Kayleigh McEnany noted at Tuesday’s press briefing that Trump “did recently recover from COVID” and that he “he has the continued protective effects of the monoclonal antibody cocktail” he received at Walter Reed National Military Medical Center.

“He will receive the vaccine as soon as his medical team determines that it’s best,” McEnany continued. “He wants to make sure the vulnerable get access first.”