Russian President Vladimir Putin promised that Russian intelligence officers wouldn’t have failed if they had been behind the poisoning of opposition leader Alexei Navalny.

Vladimir Putin reportedly laughed off a suggestion that the Russian government was behind the August poisoning of Aleksei Navalny, an outspoken critic of the Kremlin, during a Thursday press conference, according to The New York Times. While Putin acknowledged that Russian agents had been following Navalny prior to the poisoning, he blamed U.S. intelligence infrastructure for the belief that Russia was behind it.

“The intelligence agencies of course need to keep an eye on him. But that does not mean that he needs to be poisoned — who needs him? If they had really wanted to, they would have probably finished the job,” Putin said with a laugh, The Times reported. 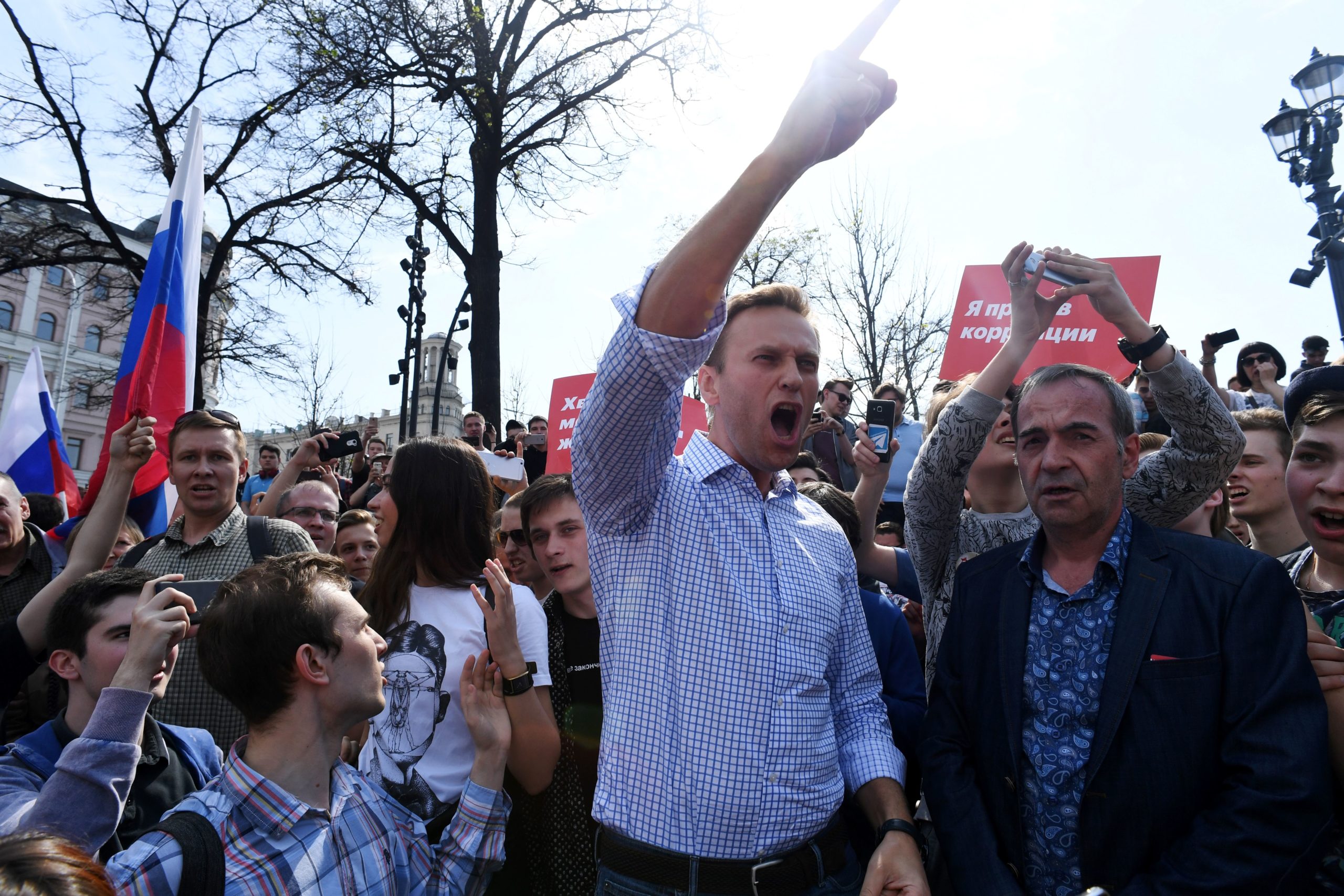 Russian opposition leader Alexei Navalny addresses a crowd during an anti-Putin rally on May 5, 2018 in Moscow, Russia. (Kirill Kudryavtsev/AFP via Getty Images)

Navalny fell extremely ill after he drank tea at an airport in Siberia on Aug. 20. The opposition leader and co-founder of the Russia of the Future Party was rushed to an Omsk, Russia hospital after his flight made an emergency landing.

He was then flown to Berlin, Germany where he was placed in a medically-induced coma and treated. Navalny came out of coma on Sept. 7 and was released from the German hospital on Sept. 23.

“I think people all around the world see this kind of activity for what it is,” Sec. of State Mike Pompeo said in September.

He continued: “And when they see the effort to poison a dissident, and they recognize that there is a substantial chance that this actually came from senior Russian officials, I think this is not good for the Russian people. I think it’s not good for Russia.”

In October, the European Union announced a fresh round of sanctions on Russia in response to the poisoning.