Agents working for the Chinese Communist Party (CCP) have infiltrated several facets of American society, including academia, business and even the government, in an attempt to undermine the nation’s security and prosperity.

President-elect Joe Biden, through his past comments on China as well as his current cabinet picks, has indicated that he will likely not take a vigorous stand against Chinese infiltration.

Fang also raised money for Swalwell’s reelection campaign in 2014 and placed an intern in his congressional office, according to Axios. Swalwell has not been accused of any wrongdoing, and there is no indication that he was aware of Fang’s activities. Swalwell’s office further stated that he cut ties with Fang after the FBI provided him a defensive briefing on the matter in 2015 in a statement, according to Axios. 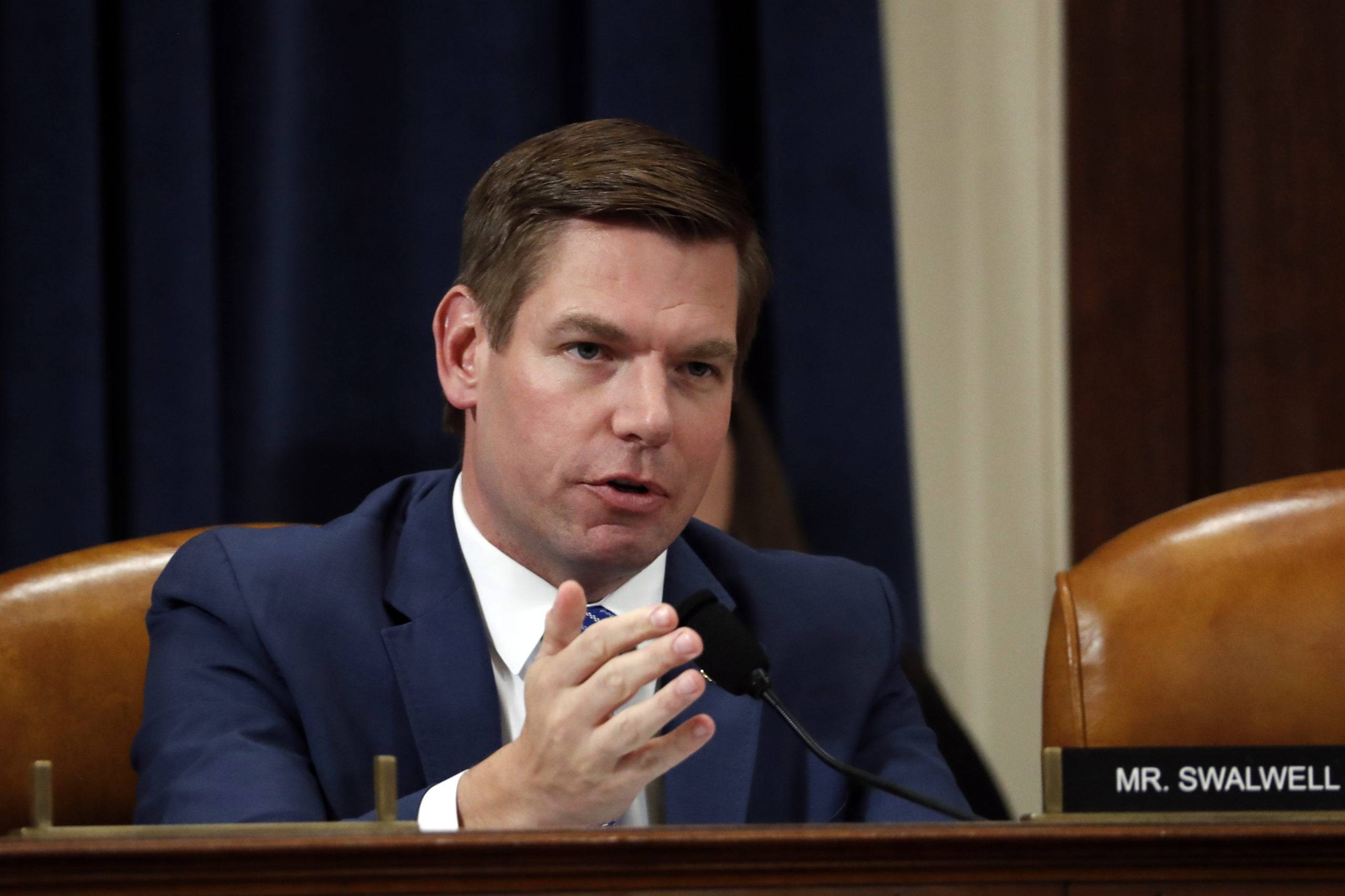 Fang was operating under the orders of the Ministry of State Security, China’s internal spy agency, and abruptly left the United States in mid-2015.

A staffer for Democratic California Sen. Dianne Feinstein, Russell Lowe, was identified as a Chinese operative who had provided intelligence to the Chinese government for years in 2018 by Politico. Lowe was reportedly a driver for Feinstein, but he also acted as a liaison for the senator’s office to the Asian American community in the San Francisco Bay Area. He also reportedly attended events at the Chinese consulate in San Francisco — a known hotbed of Chinese espionage.

Feinstein serves on the Senate Select Committee on Intelligence. Her office issued a statement after the Politico report came out, which said that the FBI had briefed her about the staffer. The statement claimed that the employee did not have access to any classified information, and that Lowe had left his job after the FBI briefing.

Director of National Intelligence John Ratcliffe claimed that Chinese spies have targeted American lawmakers more than any other country, including Russia and Iran, in an op-ed for the Wall Street Journal. (RELATED: CCP Insider: China Couldn’t Use Wall Street To Fix Trump, But It Can With Biden)

While President Donald Trump and Republicans have taken an aggressive approach to dealing with China, including Trump’s trade war and a probe by House Republicans into Chinese infiltration of American universities, Biden and his team appear to be taking a softer approach.

Biden himself has been soft on China until recently. He downplayed the threat posed by China at a rally in May 2019, declaring that the communist nation was not competition for the U.S.

“China is going to eat our lunch? Come on, man … they can’t even figure out how to deal with the fact that they have this great division between the China Sea and the mountains in the east, I mean in the west,” Biden said at the rally.

“They can’t figure out how they’re going to deal with the corruption that exists within the system. I mean, you know, they’re not bad folks, folks. But guess what, they’re not, they’re not competition for us,” Biden continued. Biden also said at another campaign stop in Iowa that he told former President Barack Obama that “China is not our problem.”

However, Biden unveiled an economic agenda in July that would aim to decrease American dependence on China in several key supply chains. The “Buy American” plan calls for $400 billion in investment to bring back U.S. manufacturing and services from overseas. The proposal would also hold China accountable for espionage and intellectual property theft.

Biden has announced that he will not abandon Trump’s Phase 1 trade deal with China, but he has also indicated that he will not use the same approach as Trump when negotiating with the Chinese. Instead, he has emphasized a need to negotiate with other democracies to create a strong position from which to engage the Chinese.

“We make up 25 percent of the world’s trading capacity of the economy in the world,” he said during a November speech. “We need to be aligned with the other democracies, another 25 percent or more, so that we can set the rules of the road instead of having China and others dictate outcomes because they are the only game in town.”

Biden’s foreign policy team has displayed a similarly moderate view on relations with China. Antony Blinken, Biden’s pick for secretary of state, has also called for a cooperative approach toward international relations — and China specifically.

“Simply put, the big problems that we face as a country and as a planet, whether it’s climate change, whether it’s a pandemic, whether it’s the spread of bad weapons. To state the obvious, none of these have unilateral solutions, even in a country as powerful as the United States can’t handle them alone,” Blinken said in July during  a Hudson Institute panel. 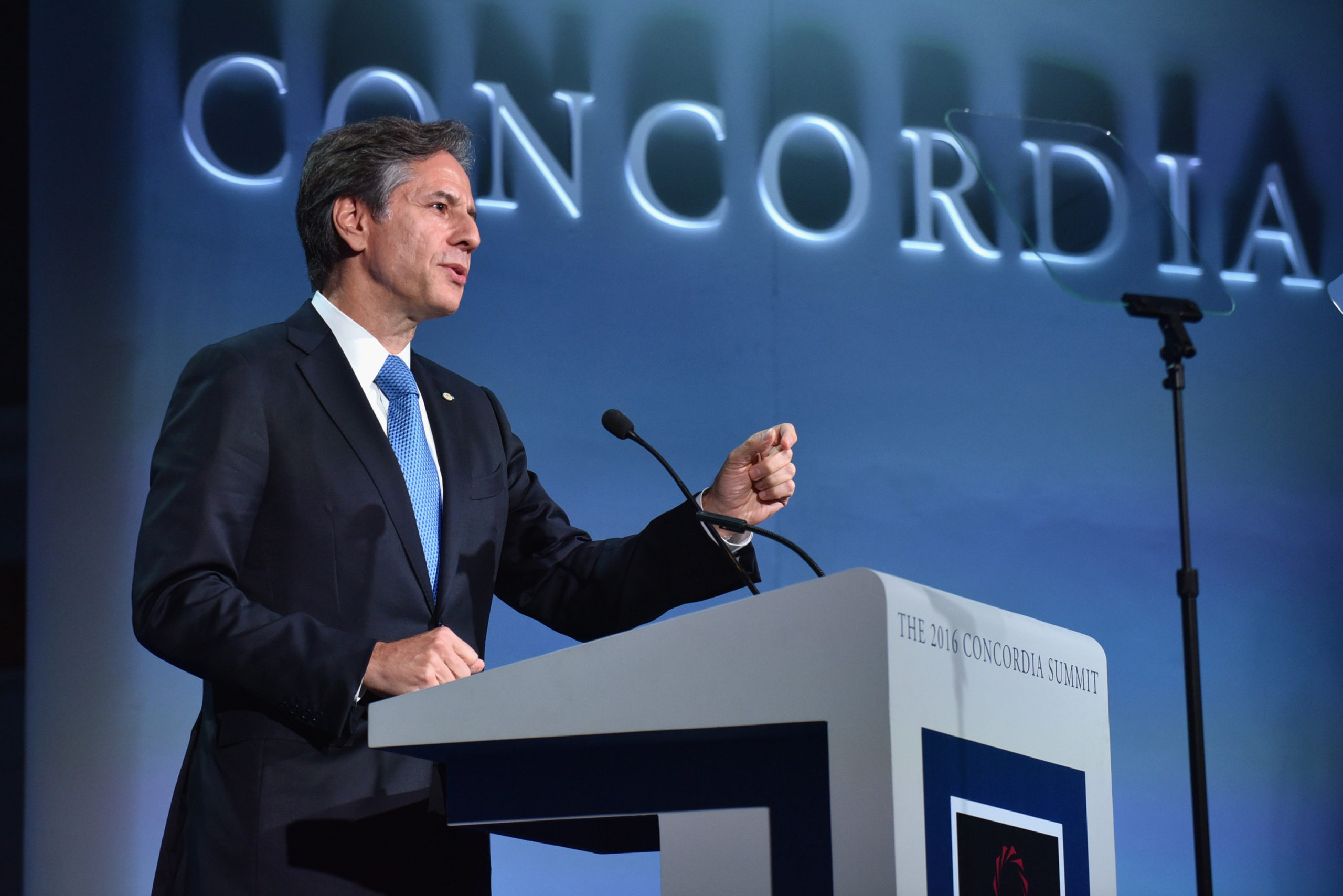 Blinken has consistently criticized Trump’s strategy on China, arguing that it alienates U.S. allies and allows China to achieve its goals. He has advocated for American companies to leave Hong Kong and the removal of the city from international bodies in response to its takeover by the Chinese government.

Blinken decried Trump’s withdrawal from both the Trans-Pacific Partnership and the World Health Organization, arguing that it has allowed China to fill the void and gain even more power.

WestExec Advisors, a consulting firm co-founded by Blinken in 2018 that cashed in on his experience in the Obama administration, worked with China. The firm’s website said that it helped a “leading American pharmaceutical company” and a multi-billion dollar American technology firm expand their market access in China by identifying American and Chinese stakeholders to engage as part of a targeted communications strategy. (RELATED: Biden Transition Fails To Disclose Tony Blinken’s Involvement In Lucrative Consulting And Private Equity Firms)

Biden’s incoming national security adviser, Jake Sullivan, has also downplayed the threat of China in the past. During a lecture for the Lowy Institute in 2017, Sullivan said that it was important to support China’s “rise” in order to ensure a “regional order,” according to Fox News.

“We need to strike a middle course – one that encourages China’s rise in a manner consistent with an open, fair, rules-based, regional order,” Sullivan said. “This will require care and prudence and strategic foresight, and maybe even more basically it will require sustained attention. It may not have escaped your notice that these are not in ample supply in Washington right now.”

“A strong, thriving China that is playing by the rules is very much in the interests of the U.S.,” Sullivan told the Asia Society.

It is unclear whether Biden will take a more active approach in rooting out Chinese agents in academia or the government than Trump has done, but Biden’s foreign policy team may be more trusting of Chinese motivations overall in its efforts to build a more cooperative relationship with the communist country.