The Senate passed a two-day stopgap bill that will fund the government through the weekend, narrowly averting a government shutdown and giving lawmakers two extra days to reach a compromise on a coronavirus relief bill.

The bill was passed by unanimous consent Friday after partisan disagreements threatened to upend the progress that congressional leadership had touted throughout the week. Lawmakers had sought to tie a funding bill to a coronavirus stimulus package but were unable to reach an agreement after multiple objections over different provisions.

The bill now heads to President Donald Trump’s desk, where he will need to sign it before midnight to prevent a temporary shutdown.

Even with the stopgap bill, however, there’s no guarantee that Congress can reach a wide-ranging compromise before Sunday.

Wisconsin Sen. Ron Johnson objected two separate times to a bipartisan provision Friday supported by Missouri Sen. Josh Hawley and Vermont Sen. Bernie Sanders allowing $1,200 cash payments, despite supporting identical legislation in March, saying that he was concerned that the previously agreed upon $900 billion coronavirus package was too big and that it would have too great an impact on the national debt. (RELATED: Josh Hawley, Bernie Sanders Team Up In Joint Push For Direct Cash Payments)

“I completely support some kind of program targeted for small business,” Johnson said, “[But] what I fear we’re going to do with this bipartisan package and what the senator from Missouri is talking about is the same thing, is a shotgun approach,” he added. 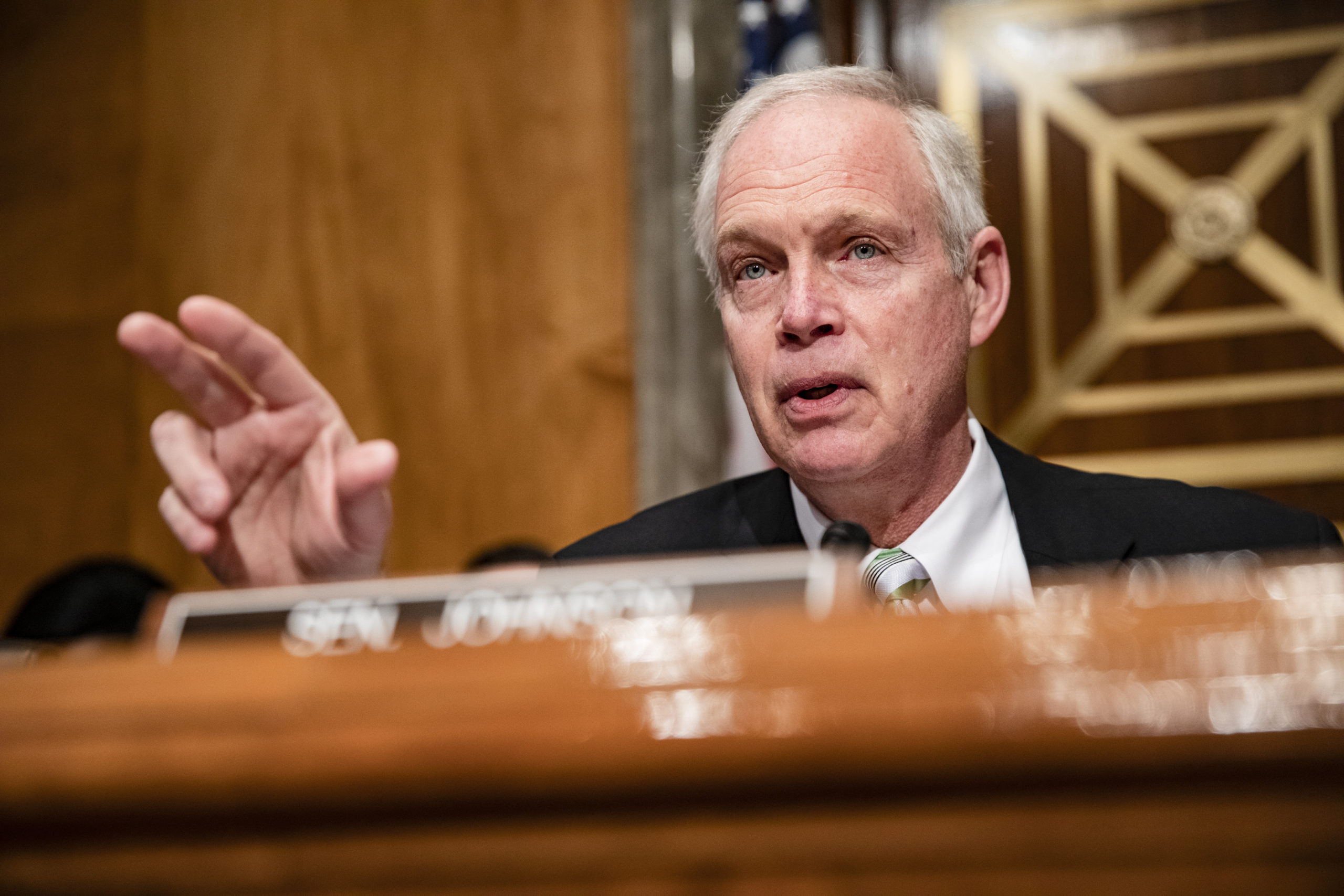 Chairman Ron Johnson (R-WI) speaks at the start of a Senate Homeland Security Committee hearing on the government’s response to the novel coronavirus (COVID-19) outbreak on March 5, 2020 in Washington, DC. (Samuel Corum/Getty Images)

Though Hawley and Sanders had garnered bipartisan support for $1,200 direct cash payments, double the $600 payments currently included in the bill, Senate rules allow for any member to object to or block a bill’s passage.

Hawley and Sanders have also floated blocking the passage of any long-term funding or relief bill that does not include direct cash payments, which could further imperil an eventual compromise.

“I’m not going to allow a [continuing resolution] to go through until I know what’s actually in the package,” Hawley told reporters, adding that he wanted “assurance” that any bill included direct financial assistance.

“It’s better include direct assistance at a substantial level,” he added.

Sanders withdrew a similar objection last Friday, allowing for the one-week stopgap bill’s passage, but said then that he would not do so a second time.

“This Congress must address the economic emergency facing the American people,” Sanders said during a speech on the Senate floor last Friday. “I am prepared to withdraw my objection at this moment, but I will not be prepared to withdraw an objection next week. We will deal with the financial crisis facing tens of millions of Americans.”

Also Friday, Pennsylvania Sen. Pat Toomey insisted that the Federal Reserve be prohibited from renewing lending programs towards small businesses that will expire on Dec. 31.

Toomey said that the Fed restrictions were “the most important thing to me” in a call with reporters Thursday, telling them that “maintaining the integrity of the role of the Fed, preventing the Fed from being politicized, from being misused, from becoming an allocator of credit and America’s biggest commercial bank, that’s the most important thing.” 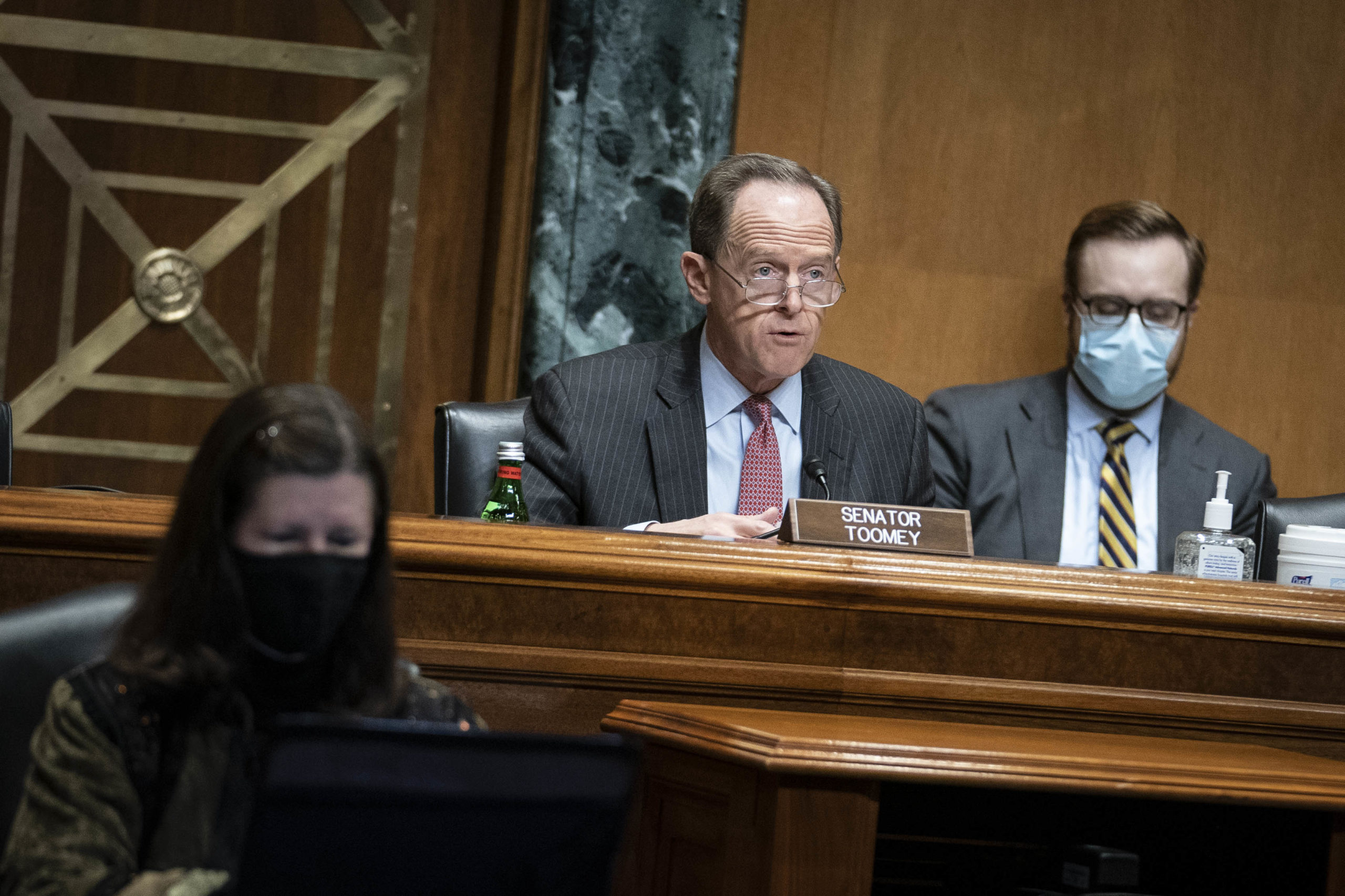 His last-minute red-line infuriated Democrats, who accused him of thwarting a bipartisan deal.

“We almost have a bipartisan COVID package, but at the last minute Republicans are making a demand that WAS NEVER MENTIONED AS KEY TO THE NEGOTIATIONS,” tweeted Hawaii Democratic Sen. Brian Schatz. “They want to block the FED from helping the economy under Biden. It’s the reason we don’t have a deal.”

He was echoed by Connecticut Sen. Chris Murphy, who accused the Republicans of hypocrisy and of seeking to weaken President-elect Joe Biden once he takes office.

“It’s fascinating how Republicans were fine with this Fed power when Trump was president but now all of the sudden it’s bad. Almost like they want to use the COVID relief package to sabotage Biden’s presidency,” he tweeted Friday.

Asked whether Americans could expect a vote on a wide-reaching relief bill Friday, Senate Majority Whip John Thune said that such would be a “triumph of hope over experience.”