At this point, shotguns for female wing and clays shooters are really nothing new. But until Krieghoff’s introduction of its new K-80 Victoria, what most of its competitors lacked is exactly what the German premium gunmaker brings to the 12-gauge marketplace: pedigree, both in terms of superior workmanship associated with the brand, and social accolades through its support of women shooters who serve as role models for recreational and aspiring competitive shooters.

You’d be hard pressed to name a shotgun for women that comes from a company already supporting a roster of female Olympic shooters, pro shooters and visionaries including Vicki Ash, Rachel Carrie, Katie Fox, Kayle Browning, Caitlin Connor, Corey Cogdell and Debbie Ohye-Neilson. Combined, these ladies have amassed about 30 medals, innumerable championships and exerted outsized influence on attracting and expanding a female constituency into the shotgun sports. 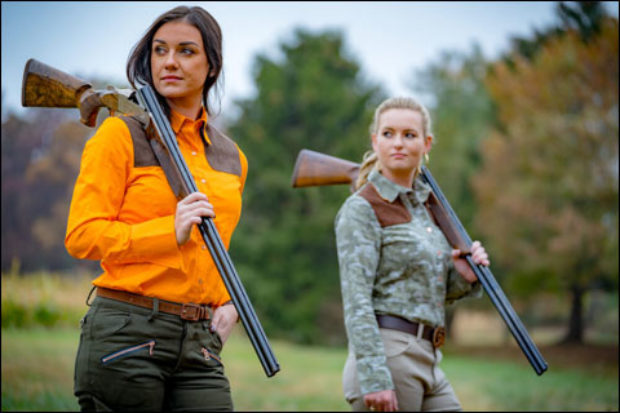 Why does this matter?

Any shotgun gunmaker can put a piece of walnut in a CNC machine and pop out a women’s stock. But Krieghoff’s backing of high-level women shooters is a game changer in the segment. because the commitment tells us “We want you to succeed” instead of “Hey lady, buy my gun.”

Krieghoff quietly unveiled the K-80 Victoria in February 2020, and I was eager to give it a try. My go-to shotgun had become the K-80 Victoria’s predecessor, the K-20 Victoria in a two-barrel set of 20-gauge and 28-gauge barrels. I had used the 20-gauge on clays and the 28-gauge for bobwhite quail here in South Georgia.

In fact, it didn’t take long for me to replace my premium 12-gauge clays gun (the length-of-pull shortened) with the K-20 Victoria, simply because the gun fit me right out of the box. The K-20 Victoria weighed about one-pound less (both with 30-inch barrels) than the 12-gauge I’d been shooting. In fact, my shooting improved after I committed to the Krieghoff K-20 Victoria, which I attribute to the shotgun’s fit and agility.

Like the original K-20 Victoria, the K-80 Victoria is built on Krieghoff’s Parcours over/under, but on the 12-gauge model. Employing some weight-saving wizardry in the barrels, Krieghoff shaved three-quarters of a pound from the 12-gauge Parcours compared with its legendary K-80 Sporting. In part, that’s because Krieghoff eliminated its factory titanium chokes in favor of fixed modified/improved modified constrictions.

Some people may gripe that those constrictions are too tight for recreational clays. I would take exception given my positive experience with the K-20 Victoria. I’ve always been of the mind that if you constantly swap chokes from station to station, then it’s not the gun: it’s you. Emphasize the basics of target focus, form consistency and serious practice and you may never go back to fiddling with screw-in chokes again. If you follow that line of thinking, the first thing a woman would need is a shotgun that fits well and handles with ease.

With less mass ahead of the hinge pins, the Parcours models present a shotgun that feels more controllable with its between-the-hands center of gravity – especially in sports where low-gun mounts proved essential such as wingshooting, sporting clays and 5-stand. For trap or skeet, the heavier models that Krieghoff offers are often preferred for pre-mounted shooting.

Alex Diehl, Krieghoff’s Chief Operating Officer, explained that the K-80 Victoria had already been bookmarked as a complement to the K-20 Victoria. “Basically, it was always our plan to follow up the 20-gauge Victoria with a 12 gauge. We chose the 20 gauge first because it seemed most appropriate for the ladies’ market segment of recreational clays shooting and wingshooting – not so much for hard-core competition shooting. That’s what the 12 gauge is for.” 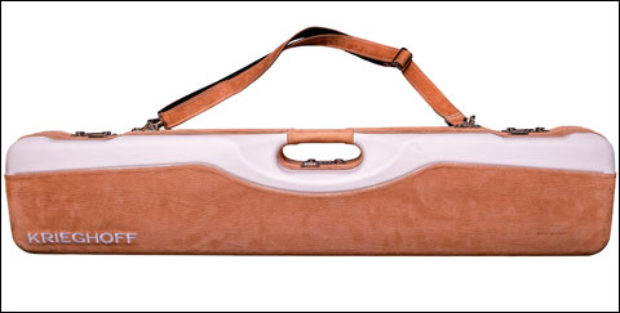 A high-fashion case is standard with Krieghoff’s K-80 Victoria.
–

In addition, Krieghoff reduced the radius of the pistol grip to accommodate women’s smaller hands and shaved a bit from the width of the stock for better visual alignment with the rib for both Victoria models. However, Krieghoff kept the palm swell from their clays line of shotguns, which for women, can actually provide additional traction, especially for hard crossing and fast quartering targets.

Although the K-80 Victoria, at about eight pounds, is approximately one pound heavier than a comparably equipped K-20 Victoria, I found the upward transition surprisingly easy. The triggers on both shotguns perform at about 3¾ pounds, the sight picture is almost identical and general ergonomics felt familiar – with the caveat of course that the K-80 Victoria is bigger. 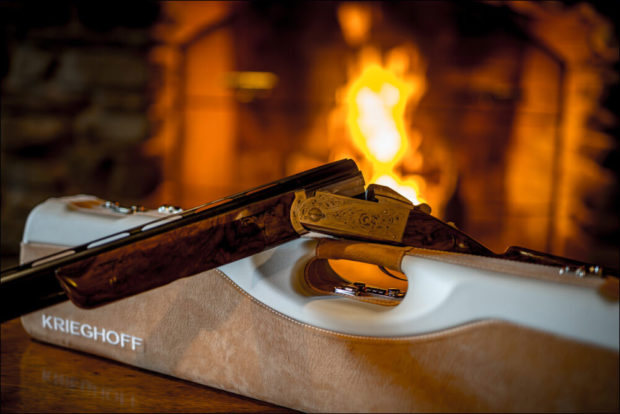 The Krieghoff K-80 Victoria with his luxurious case.
–

Bottom line, owning a K-20 Victoria accelerates your learning curve to successfully shooting the K-80 Victoria. It took no time for me to acclimate to the balanced swing of the K-80 Victoria – and the culmination of the shot with Krieghoff’s superb mechanical trigger.

Make no bones about it, the K-80 Victoria is for female clays shooters. I think most women will find it too heavy to lug around for walk-up pheasants (regardless you can order the K-80 Victoria with 28-inch barrels and Briley thin-wall chokes). But for driven pheasants, now we’re talking, and if that’s the case opt for the 32-inch barrels also choked modified/improved modified, over the more popular Krieghoff 30-inch barrels with their flat 8mm-to-6mm tapered ribs. And if you want one of the most exciting clays shooting experiences on the planet, order the 34-inch barrels. We shot them previously on a K-80 Sporting and they are absolutely mind-blowing in terms of accuracy and handling (Shotgun Life story to come).

For the starting price of $12,395 you get the K-80 Victoria with the hardened, nickel-plated steel receiver that has a satin gray finish and standard scroll flourish. Oil-finished Turkish walnut bearing fleur-de-lis on the checkering borders are unique to Krieghoff’s Victorias. And ladies, you’ll think you’re on Fifth Avenue when you unbox the spectacular tan and cream-colored leather case unique to the Krieghoff Victorias.

Deborah McKown is the editor of Shotgun Life. You can reach her at contact@shotgunlife.com.