Two sources familiar with the matter told the Washington City Paper that D.C. hopes to resume indoor dining in a limited capacity at some point in January. The order banning indoor dining will go into effect at 10:00 p.m. Dec. 23.

Democratic D.C. Mayor Muriel Bowser introduced more lockdown restrictions Dec. 14, when she ordered all restaurants to reduce capacity from 50% to 25%. Restaurants and bars were prohibited from selling alcohol past 10:00 p.m. based on an order implemented earlier in December, according to the report. (RELATED: LA Lockdowns: How Will It Impact Restaurant Owners?)

The ban on indoor dining will undoubtedly be a blow to the city’s already struggling restaurants, especially as winter makes outdoor dining undesirable. A survey from the National Restaurant Association found that around 1 in 6 restaurants are completely closed. Sean Kennedy, the association’s executive vice president for public affairs, warned in a letter that thousands more restaurants would close if Congress fails to provide relief funds.

Chris DeFelice, a spokesperson for local D.C. bar Dirty Water, told the Daily Caller that the ban on indoor dining fails to account for the fact that each business has a different type of space, meaning some businesses will be impacted more than others. (RELATED: Supreme Court Orders New York To End COVID-19 Restrictions That Discriminate Against Churches, Synagogues)

“Our location is fortunate to seat the majority of our patrons outdoors so Dirty Water will continue to operate, albeit with even more limitations than before,” DeFelice said. “We are the lucky ones. The majority of other businesses similar to ours may not have the same type of space.” 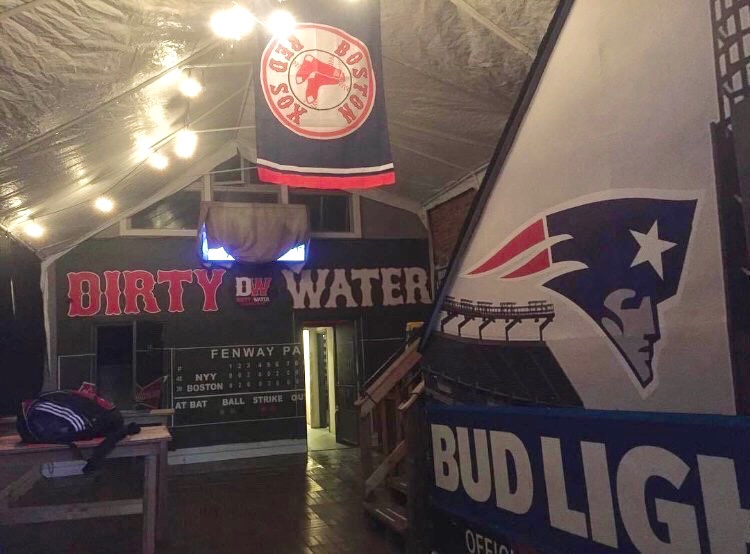 “The data should match the mandates,” he added.

Some business owners have been fighting back against coronavirus restrictions. In Anne Arundel County, Maryland, a group of local restaurant owners filed a lawsuit against County Executive Steuart Pittman after the county passed an executive order banning indoor dining.

After Democratic New York Gov. Andrew Cuomo banned indoor dining in some parts of the state, the owners of Mac’s Public House in Staten Island, Keith McAlarney and Danny Presti, declared their bar an “autonomous zone” and remained open. The business had been stripped of its liquor license for violating coronavirus guidelines and has since received public attention nationwide. A GoFundMe for the bar has raised over $114,o00.