A Minneapolis judge upheld his decision to livestream the contentious March 2021 trial of the four officers arrested in connection to the death of George Floyd.

Judge Peter Cahill originally ordered the trial to be televised on Nov. 4 due to nationwide interest in the outcome of the case and limited courtroom capacity during the coronavirus pandemic, according to the Minneapolis-based Star Tribune.

Cahill refused to back down from his decision in a Friday order, despite pushback from state prosecutors and Minnesota Attorney General Keith Ellison, who together insisted public streaming would cause trial violations and intimidate witnesses, a separate Tribune report detailed.

“Without question, deprivation of the constitutional rights that are the hallmarks of a public criminal trial would be a ‘manifest injustice,'” Cahill wrote in early November, according to the Tribune. “The only real issue then, is whether there is a reasonable alternative to televising the trial that would vindicate the defendants’ Sixth Amendment rights and the First Amendment rights of the public and the press. 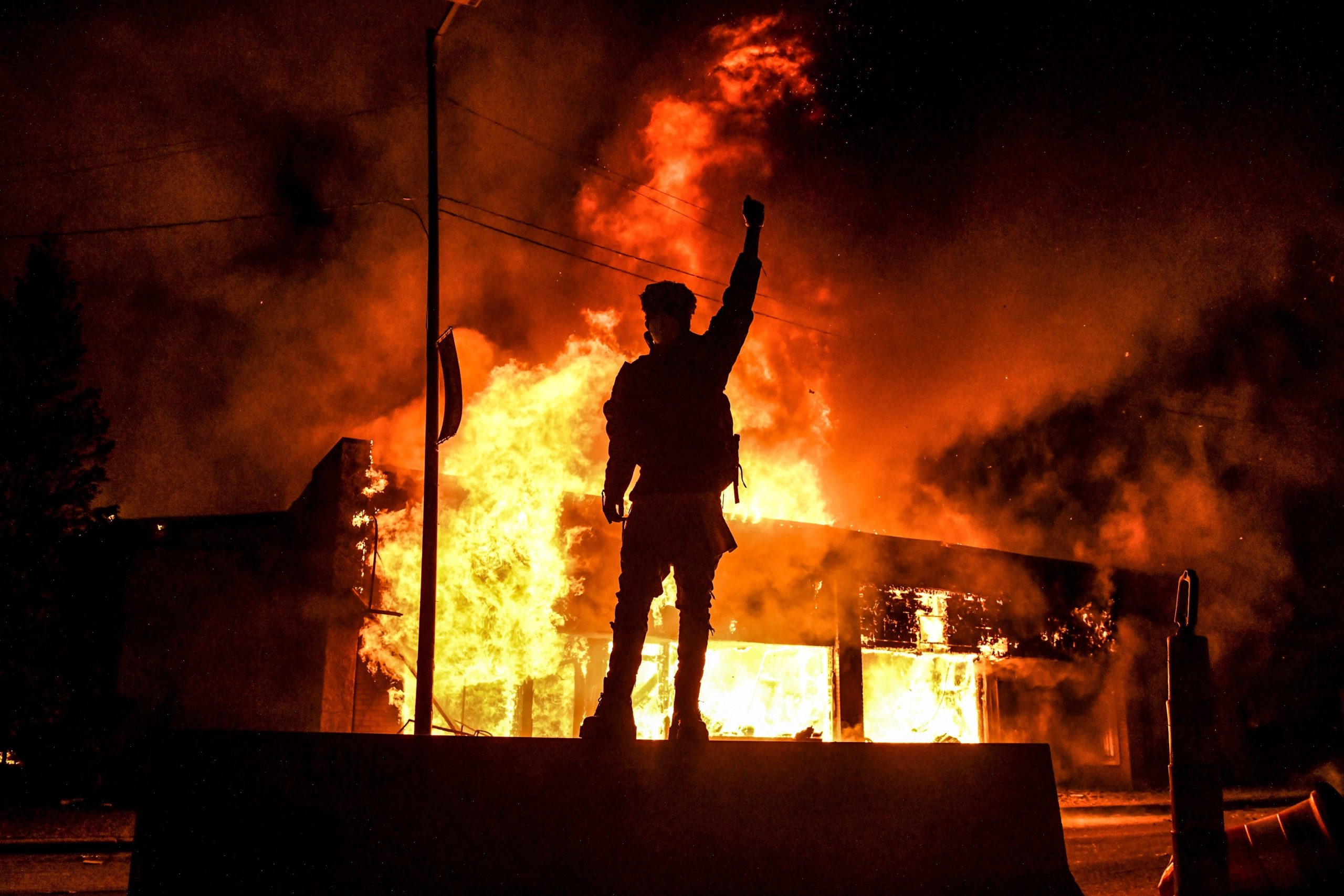 A protester reacts standing in front of a burning building set on fire during a demonstration in Minneapolis, Minnesota, on May 29, 2020, over the death of George Floyd, a black man who died after a white policeman kneeled on his neck for several minutes. (CHANDAN KHANNA/AFP via Getty Images)

“The Court concludes that televising the trial is the only reasonable and meaningful method to safeguard the Sixth and First Amendment rights implicated in these cases.”

Numerous media outlets, along with attorneys for three of the four officers charged in the case, formally opposed the prosecutorial attempt to quash a televised trial, the Tribune wrote. The group argued that current court technology was outdated, and that the only reasonable way for defendants to obtain their right to fair and public trial was through livestream, according to the Tribune. (RELATED: Two Rookie Officers Charged In George Floyd’s Death Were Being Trained By Derek Chauvin, Lawyer Says)

Former officers Derek Chauvin, J. Alexander Kueng, Thomas Lane and Tou Thao face charges in the death of Floyd, who died after Chauvin kneeled on his neck for over eight minutes, video showed. Chauvin faces both second and third-degree murder charges in addition to manslaughter, while the other three officers have been booked into jail for aiding and abetting murder, the BBC reported in June.