“The scientists and the people who put this together, the front line workers, the people who were the ones who actually did the clinical work, it’s just amazing,” Biden told the gathered reporters after taking the shot. “I think the administration deserves some credit getting this off the ground with Operation Warp Speed. I also think that it’s worth saying that this gives great hope. I’m doing this to demonstrate that people should be prepared when it’s available to take the vaccine. There is nothing to worry about.” 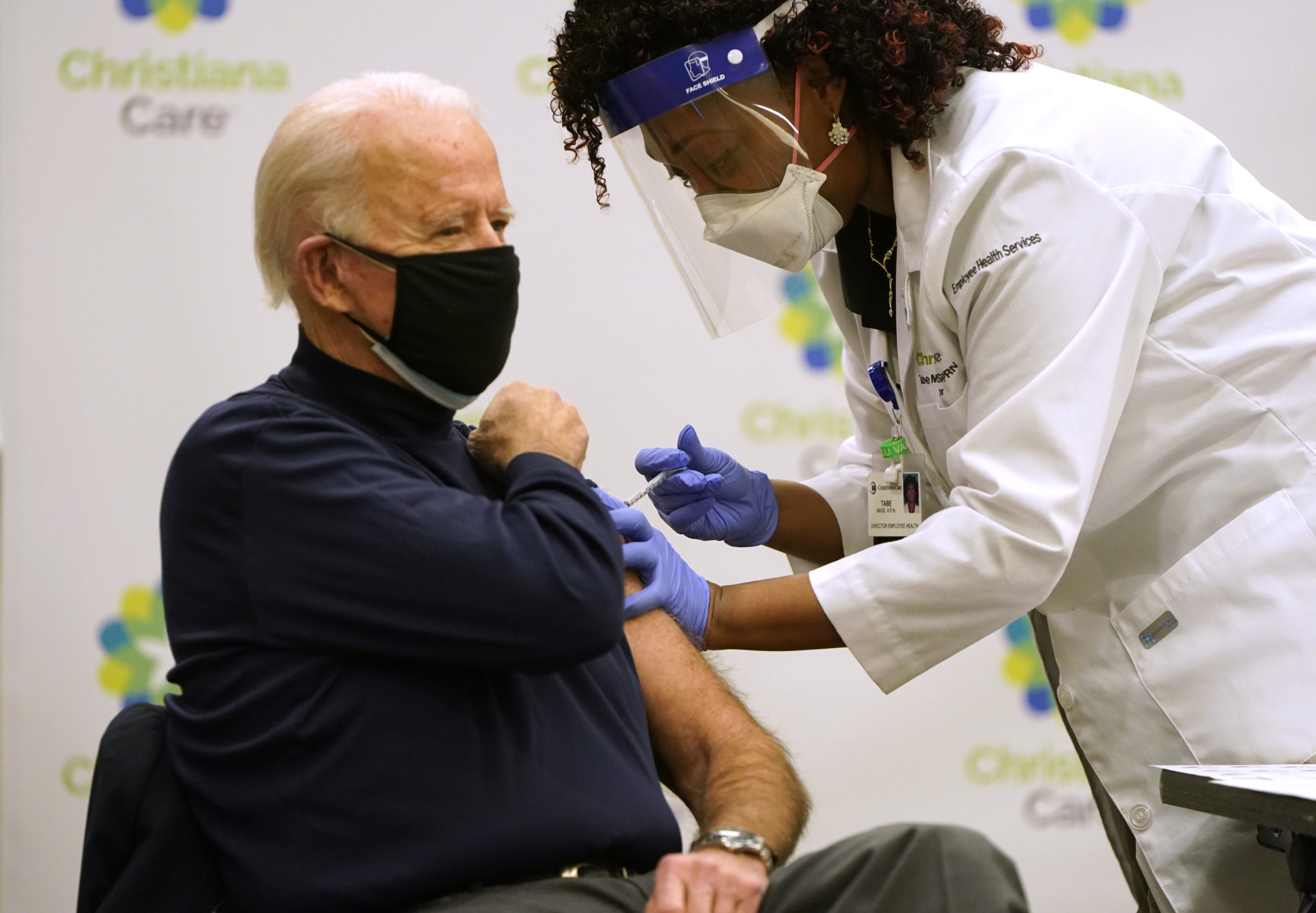 NEWARK, DE – DECEMBER 21: President-elect Joe Biden (L) receives a COVID-19 Vaccination from nurse practitioner Tabe Masa at ChristianaCare Christiana Hospital on December 21, 2020 in Newark, Delaware. The rollout of the Moderna vaccine, the second approved for use in the United States, began shipping to sites around the country today. (Photo by Joshua Roberts/Getty Images)

The president-elect then clarified that “this is just the beginning.”

“It’s one thing to get the vaccine out — and now Moderna is going to be on the road as well — but it’s going to take time,” he continued. “In the meantime, I know I don’t want to sound like a sour note here, but I hope people listen to all the experts from the Dr. Fauci’s on, talking about the need to wear masks during this Christmas and New Year’s holiday. Wear masks, socially distance, and if you don’t have to travel, don’t travel.” (RELATED: Brett Giroir Says Trump Taking Vaccine Would ‘Generate More Confidence’)

“We’re still in the thick of this. It’s one thing to have the vaccine show up at a hospital,” Biden said. “It’s another thing to get the vaccine from that vial into a needle, into an arm, and there’s millions of people out there that are going to need this.”

Vice President Mike Pence received his coronavirus vaccine on Friday in an effort to ensure public trust in the Warp Speed product, yet President Donald Trump has not yet scheduled a date to take the vaccine.

Press secretary Kayleigh McEnany noted at a recent briefing that the president “did recently recover from COVID” and “has the continued protective effects of the monoclonal antibody cocktail,” he received while being treated at Walter Reed National Military Medical Center.

“He will receive the vaccine as soon as his medical team determines that it’s best,” she continued. “He wants to make sure the vulnerable get access first.”