New charges were issued against a former Libyan intelligence operative bomb maker for his role in the attack that killed 270 people on Pan American Flight 103 over Lockerbie, Scotland, the Department of Justice announced Monday.

The Department of Justice (DOJ) filed terrorism-related criminal charges against Abu Agela Mas’ud Kheir Al-Marimi, also known as Hasan Abu Ojalya Ibrahim or Masud, for building the bomb that destroyed Pan Am flight 1o3, according to the DOJ. Masud was arrested and interviewed by a Libyan law enforcement official in September 2012, and he remains in Libyan custody, the DOJ said.

“Let there be no mistake: No amount of time or distance will stop the United States, and its partners in Scotland, from pursuing justice in this case,” Attorney General William Barr said in a statement.

“At long last, this man responsible for killing Americans and many others will be subject to justice for his crimes,” Barr said. 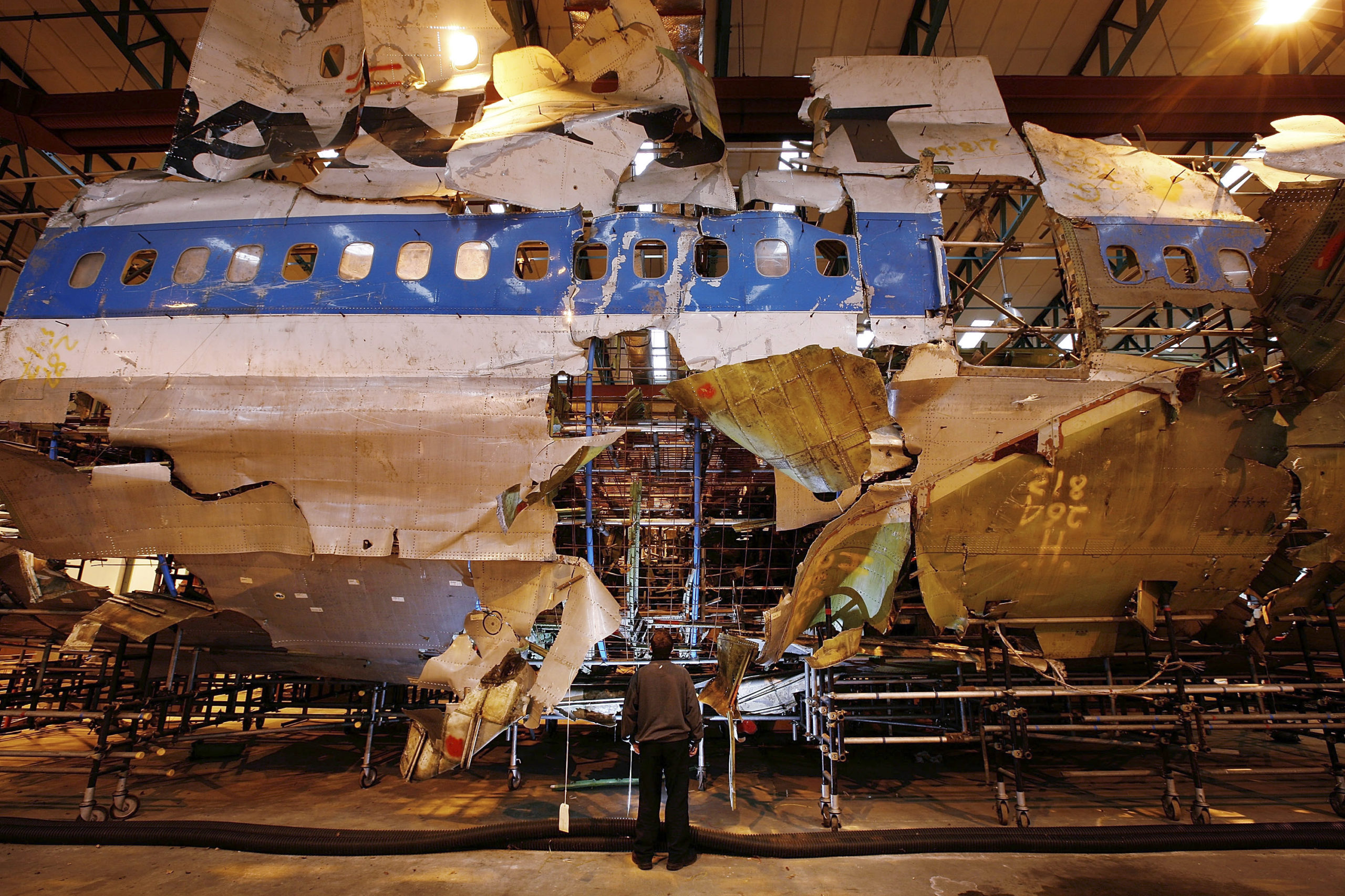 The reconstructed remains of Pan Am flight 103 lie in a warehouse on January 15, 2008 in Farnborough, England. The Air Accident Investigation Branch have housed the remains of the Boeing 747 for the past 19 years. 20 years ago a terrorist bomb exploded on-board destroying the aircraft over the Scottish town of Lockerbie killing 270 – including 11 people on the ground. (Peter Macdiarmid/Getty Images)

The explosion killed everyone on board the Boeing 747, named the “Clipper Maid of the Seas,” killing all 16 crew members and 243 passengers, 190 of whom were Americans, according to the DOJ. Debris falling from the sky killed 11 people on the ground in Lockerbie, Scotland.

“Our message to other terrorists around the world is this: you will not succeed. If you attack Americans, no matter where you are, no matter how long it takes, you will be pursued to the ends of the earth until justice is done,” Barr said in a statement

A third person known as “Abu Agela Masud” was identified by the investigation, but was not located at the time, according to the DOJ. Masud reportedly confessed to the bombing when Libyan officials interviewed him in 2012 after his arrest on unrelated charges, according to the FBI.

A copy of Masud’s interview was delivered to the FBI around 2017, according to the affidavit. FBI and Scottish officials learned in 2020 that the interview was conducted in 2012, though the officials were able to interview the Libyan officer who questioned Masud.

Masud was also involved in a bombing that killed two Americans in Berlin, West Germany, in 1986, according to the DOJ. (RELATED: Man Charged For Allegedly Training To Hijack A Plane And Carry Out ‘9/11-Style Attack’ On US)

The Lockerbie bombing was the deadliest terror attack in United Kingdom history and the second deadliest attack on American lives, according to the DOJ.

“Today’s announcement should remind the world that when Americans are harmed, the FBI and the United States government will never stop pursuing justice for our citizens, no matter where that takes us, how long it takes us to get there, or how difficult the road might be,” FBI Director Chris Wray said in a statement.

The residents of Lockerbie, Scotland, hosted the family members of the Americans who lost someone in the attack, according to the DOJ. A group of Scottish women collected clothing from the wreckage to return to American families.

The remains of 17 victims were never found, according to the DOJ.