More than 1.3 million people have already voted in the Georgia Senate runoff elections, indicating that turnout for the runoffs could rival the turnout for the general election.

Polling for the Jan. 5 runoffs shows the two Democratic candidates, Raphael Warnock and Jon Ossoff, with a slight lead against their respective opponents, Republicans Kelly Loeffler and David Perdue, according to the Washington Post. Compared to this point in the general election, however, the Democrats’ lead is slightly smaller.

The results of Georgia’s high-stakes election will determine control of the Senate. Senate control is critical for Republicans who seek to have the power to block President-elect Joe Biden’s agenda, and for Democrats who want to ensure Biden’s plans are implemented. The early voting data at this point in the election shows a tight race between both pairs of candidates.

About 36,000 people who didn’t vote in November, including those who were too young at the time, have voted early in the runoffs, according to the Washington Post. The new voters included more young voters and voters of color, groups that both tend to vote Democrat. (RELATED: Georgia Has Registered 76,000 New Voters Ahead Of Senate Runoffs) 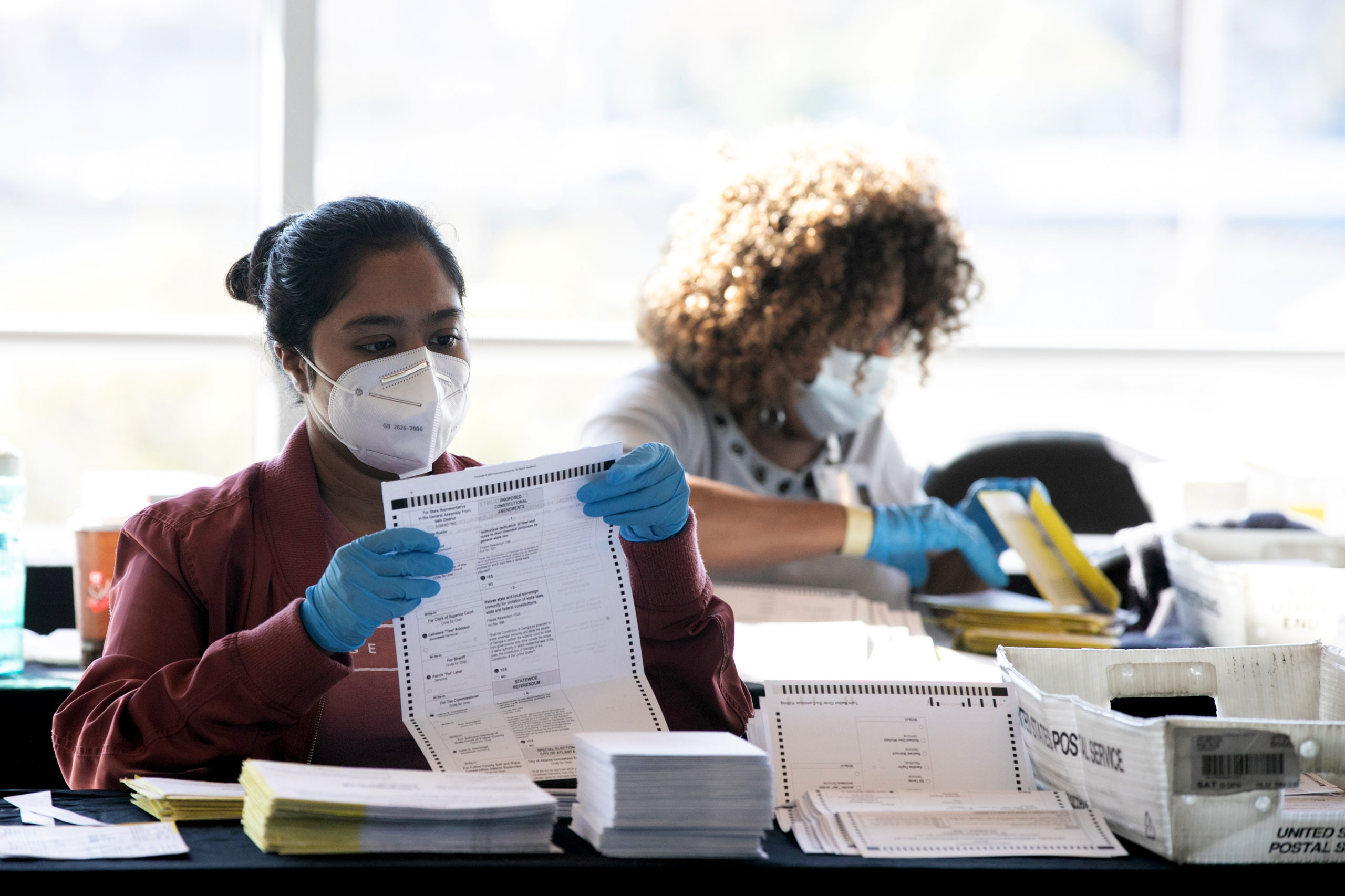 More than $400 million has been spent on advertising by campaigns and independent groups, and get-out-the-vote efforts have been increasingly common during the high-stakes election.

“There are highly motivated people who want to get in and do this stuff,” Gabriel Sterling, a top official who manages the voter information system in the Georgia Secretary of State’s office, told the Washington Post. Especially with the holidays coming up, “we don’t know if it’ll stay at this level,” Sterling added.

Compared to this point in the November election, more people are casting their votes in person than by mail, the Washington Post reported. Data shows that at least 1.3 million mail ballots, including 600,000 absentee ballots sent to voters who requested them automatically for each election this cycle, were requested for the runoff elections.

At least 524,000 ballots had been submitted to county election officials as of Saturday morning, which is 25% fewer than at this point in November. However, more people are voting in person – more than 812,000 people voted early in person, a 9% increase from this point in the last election, according to the Washington Post.

Georgia’s Senate elections follow Biden’s narrow victory over President Donald Trump in the state. Out of 5 million votes, Biden won by 11,779 – a narrow margin that led to two statewide recounts and lawsuits from the Trump campaign alleging widespread voter fraud. November was the first time that a Democrat had won Georgia since 1992, the Post reported.