As 2020 comes to a close, the future of freedom of speech continues to be shaky. Organizations like the American Civil Liberties Union (ACLU), created to defend free expression, are shying away from their history in favor of a more political leaning, while “cancel culture” has become all the rage among both the media and the public.

In 2018, a leaked memo from the ACLU suggested that the organization was beginning to depart from its neutral, absolutist stance on freedom of speech. The memo wrote that a case could be declined if “the speech may assist in advancing the goals of white supremacists or others whose views are contrary to our values.”

This is a far cry from the ACLU of the past, which defended the right for neo-Nazis to march in Skokie, Illinois, in the late 1970s. Ira Glasser, ACLU’s longtime-former executive director, still backs that decision, he told Reason in a podcast. In fact, he explained how defending this group of “maybe 15 or 20 crazies” helped the Civil Rights movement.

“Skokie passed three new laws,” Glasser explained in the podcast. “One was a law banning anybody from marching in uniform. That was later used against the Jewish war veterans who wanted to have a parade. They passed a ban on speech that the town found offensive. If that law had ever been upheld, every town in the South could have banned civil rights marches, which they found offensive. And they passed an insurance bond requirement, just like Chicago.”

This situation, according to Glasser, came about because of Skokie’s decisions. The union was already fighting for the Martin Luther King Jr. Association regarding insurance bonds – the city of Chicago had decided that any group wishing to demonstrate in Marquette Park, home to tense clashes between opposing sides at the time, needed to put up a $250,000 insurance bond, Reason noted.

“What the public sees is, ‘Oh, there’s the ACLU representing the Nazis,'” Glasser explained. “We never see it that way. We were trying to oppose the government using the insurance bond requirement to prevent free speech. For us it didn’t matter who the client was, because we would use that client to strike down the bond requirements, and that would apply to everybody.”

Glasser continued on to point out what happened after the ACLU won the case for the neo-Nazis – Skokie “organized a massive counter-demonstration” and the neo-Nazis pulled out. Instead, they went to Marquette Park, because the Skokie case ultimately allowed for demonstrations in the Chicago park.

“They [neo-Nazis] also confronted a massive counter-demonstration there that never would have happened without the case,” Glasser said. “It completely overwhelmed them; they couldn’t be seen or heard. Right after that they fell apart.” 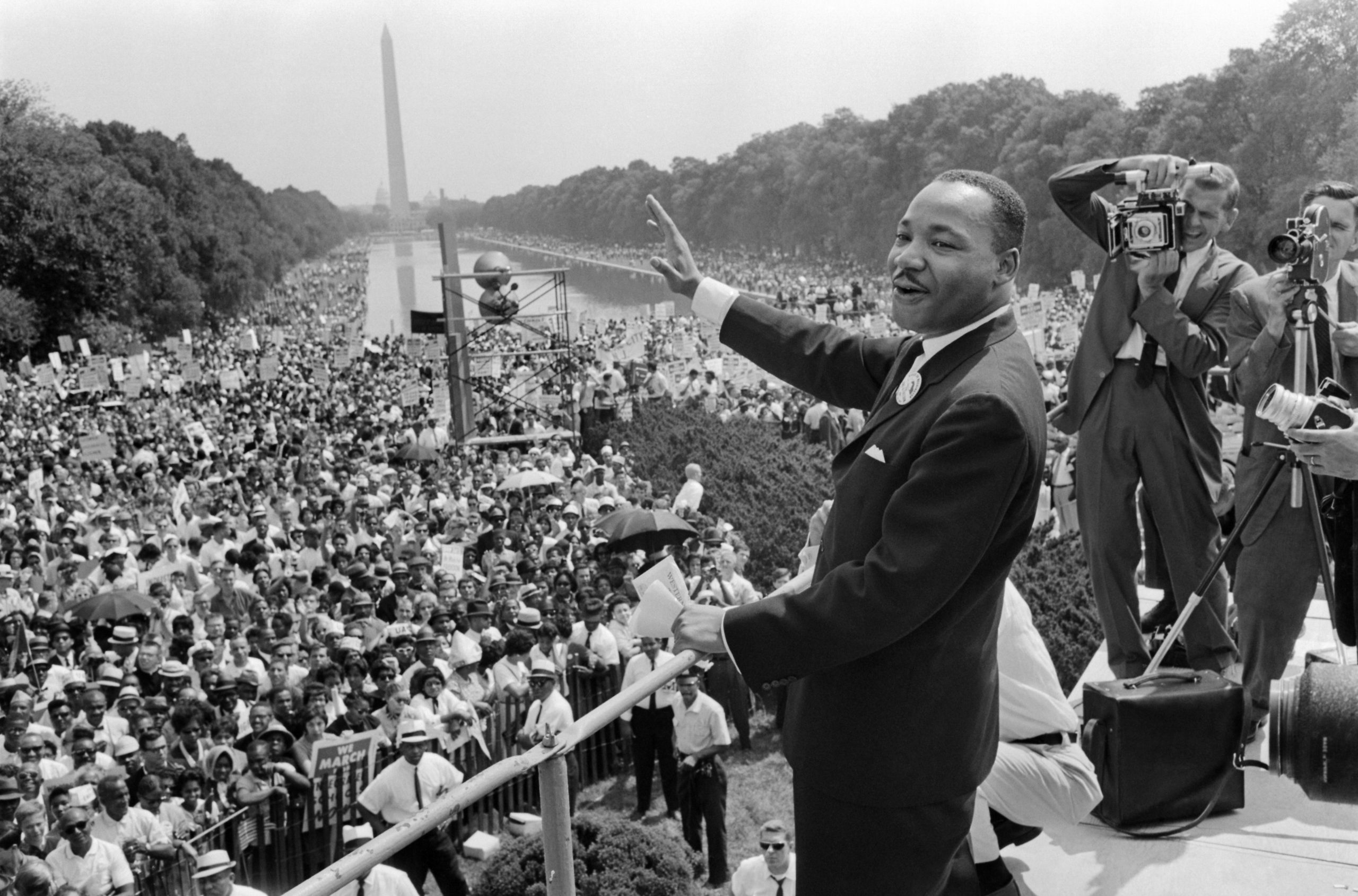 The civil rights leader Martin Luther King (C) waves to supporters 28 August 1963 on the Mall in Washington DC (Washington Monument in background) during the “March on Washington”.( -/AFP via Getty Images)

Today, Glasser expressed concern about the direction many have taken in defending free expression.

He pointed out a moment where he spoke at a top law school and immediately noticed how diverse the crowd of students were. This, he said, “was impossible” back when he was fighting for free expression at the ACLU. After speaking to the group, Glasser recalled how multiple people got up “to assert that their goals of social justice for blacks, for women, for minorities of all kinds were incompatible with free speech and that free speech was an antagonist.”

“But my experience was that free speech wasn’t an antagonist. It was an ally. It was a critical ally,” he told Reason before noting that various famous activists “knew it.” “For people who today claim to be passionate about social justice to establish free speech as an enemy is suicidal.”

Glasser’s concerns about the current climate and the future are not without merit: President-elect Joe Biden’s transition leader for government-owned media companies, Richard Stengel, advocated for restricting free speech and making “hate speech” a crime in a 2019 Washington Post op-ed.