More than 2.1 million people worldwide — including more than 600,000 Americans — have been vaccinated with the coronavirus vaccine so far.

The first doses of the coronavirus vaccines have been administered in six countries, according to data collected by Bloomberg. In the United States alone, 614,117 doses of the vaccine have been given since it first started being administered Dec. 14, a nationwide tally from the Centers for Disease Control and Prevention (CDC) showed.

States that have given out the highest number of doses in terms of population percentage are North Dakota, South Dakota, Alaska and West Virginia, Bloomberg’s data showed. Wyoming, Nevada, Arizona, New Mexico, Kansas, Kentucky, Mississippi, North Carolina, Hawaii, Washington D.C. and Maryland have reportedly given out the fewest number of doses as a percent of the population so far. (RELATED: Scammers Using Fake COVID-19 Vaccine Websites, ICE Warns) 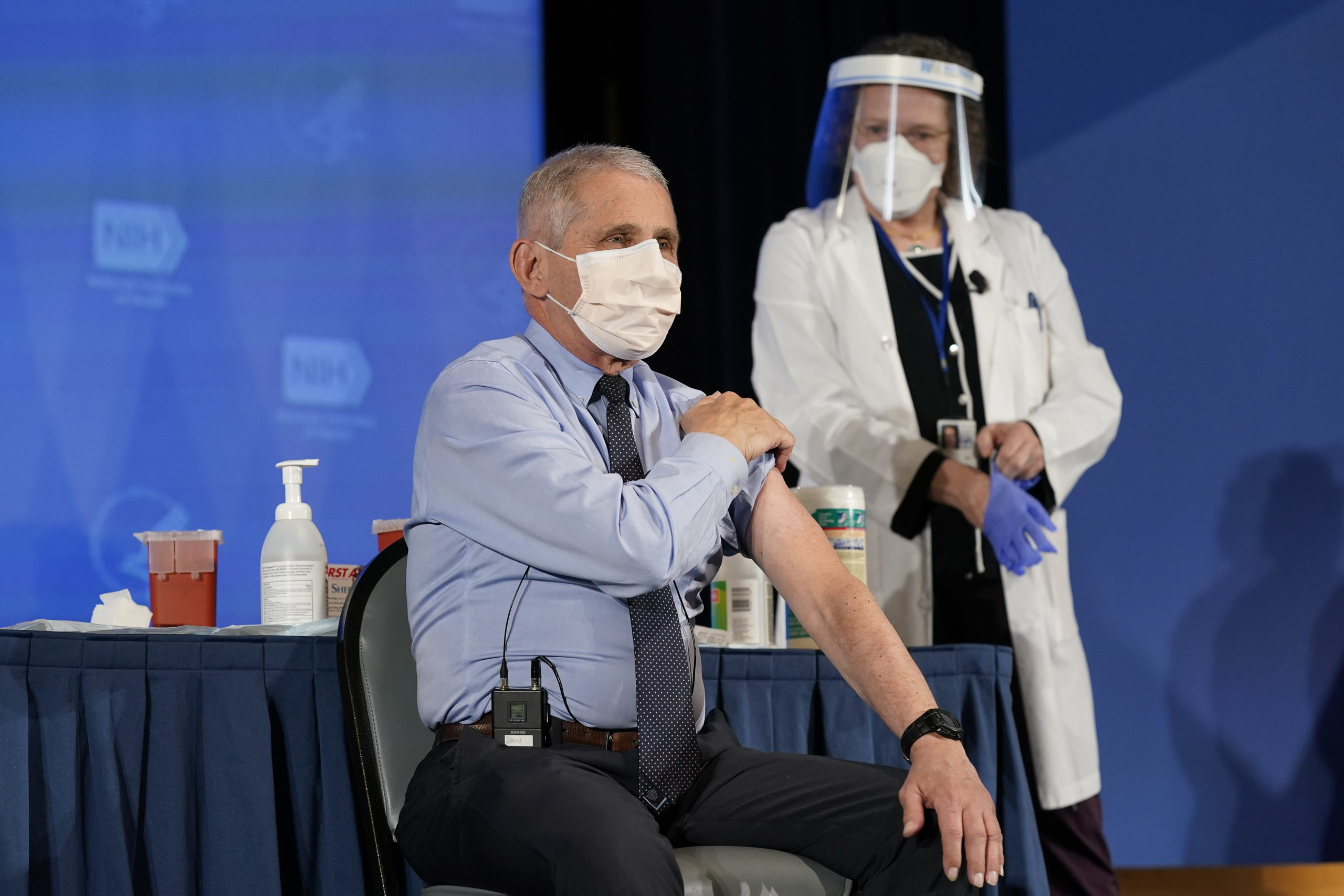 Dr. Anthony Fauci, director of the National Institute of Allergy and Infectious Diseases, rolls up his sleeve as he prepares to receive his first dose of the COVID-19 vaccine at the National Institutes of Health on Dec. 22, 2020 in Bethesda, Maryland. (Photo by Patrick Semansky-Pool/Getty Images)

More than 11 million doses of the vaccine – 5.1 million doses of Pfizer and BioNTech’s vaccine and 6 million doses of Moderna’s vaccine – have been allocated for distribution to states based on their populations, according to the report. Both vaccines require two shots that must be taken several weeks apart in order for them to be effective, and the second doses are currently being held in reserve.

Pfizer’s vaccine has been authorized in Canada and the United Kingdom, and is expected to be authorized in the European Union in the coming days. China and Russia have already vaccinated hundreds of thousands of people because they authorized their own coronavirus vaccines in July and August before they were fully tested.

China, the United States, the United Kingdom, and Russia have administered the most doses of the coronavirus vaccine compared to other countries.

Countries have been making deals to ensure access to vaccines, and 8.2 billion doses have been set aside already according to Bloomberg. However, some countries may not have a widely available supply until 2022 or later due to storage requirements making the vaccines difficult to transport.