Outgoing Attorney General Bill Barr said this week he won’t be appointing a special counsel to oversee an investigation into Hunter Biden before he leaves his post December 23rd, but that hasn’t stopped debate from carrying on about whether that’s the right move.

Barr said Monday that the current investigation into Biden is being handled “responsibly and professionally.” Biden, the son of President-elect Joe Biden, announced earlier in December that he was under federal investigation for his financial activities, something Barr reportedly kept quiet during the 2020 election cycle. (RELATED: Jen Psaki Says Joe Biden Will Not Speak With AG Candidates About Hunter)

Barr’s decision, and his explanation for it, hasn’t convinced some Republicans who are still calling for a special counsel to be appointed before President Donald Trump leaves office. Trump was reportedly frustrated by Barr’s call, and could potentially push replacement Jeffrey Rosen to make the appointment once he takes over.

Senators Tom Cotton and Lindsey Graham are among those who have called for a special counsel, with both citing potential conflicts of interest if Hunter is to be investigated by a Joe Biden-led justice department.

The conflict of interest argument is the most frequently cited by conservative legal minds who support the appointment of a special prosecutor to investigate Hunter.

David Rivkin, a constitutional lawyer with previous experience working in both the White House Counsel’s Office and the Justice Department, explained to Wall Street Journal columnist William McGurn why it could be problematic not to appoint a special counsel: “The failure to move forward vigorously with this investigation now would result in immunity for all involved. This would mean that running for President and winning effectively puts that person and his family above the law.”

George Washington University law professor and Fox News legal analyst Jonathan Turley came short of outright saying a special counsel should be appointed, but did say in an op-ed that the Russian collusion probe that led to the appointment of Robert Mueller was based on less evidence than current allegations surrounding Hunter Biden. (RELATED: Russian-Linked Hackers Compromised Email Accounts Of Top Treasury Officials)

Other legal scholars disagree. Conservative legal expert Andy McCarthy penned a piece in National Review in October arguing against a Hunter Biden special counsel, asserting that the role itself is “pernicious” and often leads to a bloated, unfocused investigation. McCarthy also says the conflict of interest argument is irrelevant to the Trump administration appointing a special counsel, since the Trump administration has no conflict of interest stopping itself from investigating Biden. 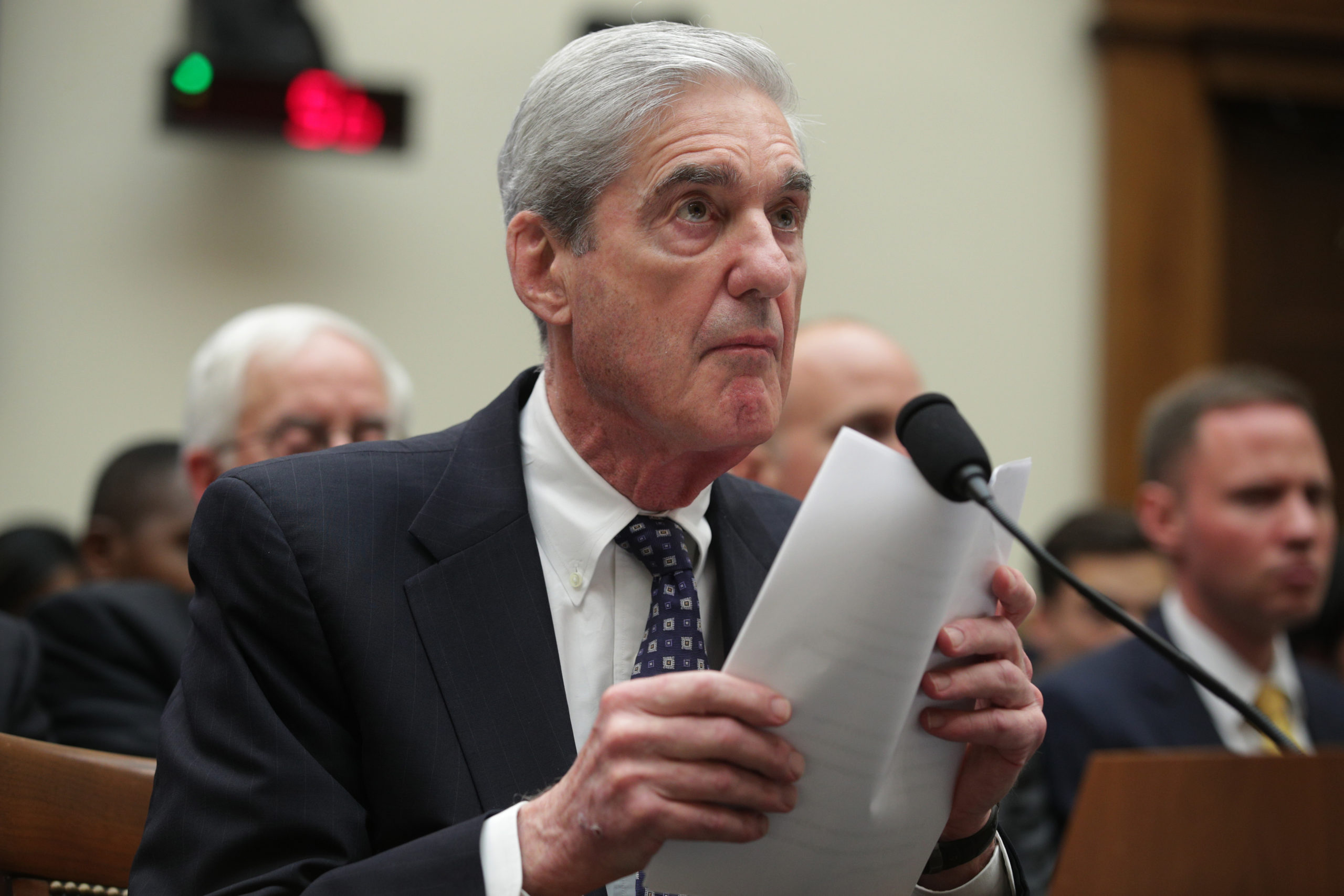 Former Special Counsel Robert Mueller testifies before the House Intelligence Committee about his report on Russian interference in the 2016 presidential election. (Photo by Alex Wong/Getty Images)

Conservatives across the board took issue with the investigation led by special counsel Robert Mueller, claiming that it took up too many resources, dragged on too long, and strayed from its original purpose. Some argue that the entire point of the Mueller probe was to politically harm President Trump, their assertion being that a special counsel could essentially be wielded as a political weapon.

Special counsels are something many on the right oppose in principle, no matter what the circumstances are. The dissent of Supreme Court Justice Anthony Scalia in the 1988 case Morrison v. Olson is often cited as one of the strongest arguments made against special or independent counsels.

Scalia writes: “Is it unthinkable that the President should have such exclusive power, even when alleged crimes by him or his close associates are at issue? No more so than that Congress should have the exclusive power of legislation, even when what is at issue is its own exemption from the burdens of certain laws.” (RELATED: Pennsylvania Trump Voter Charged With Voter Fraud)

McCarthy says there are alternatives to a special counsel that could suffice for this situation. Foremost, he says Joe Biden could announce now that he will not interfere with or fire the prosecutors currently working on the case. He also points out that even if a special counsel is appointed, they could be fired once the Biden administration takes power anyways.

It remains to be seen what more Biden will say about the case, but with less than a month now until inauguration day, the Trump team still has time to try to take the case out of the President-elect’s hands.