Delta Flight 462 came to a screeching halt Monday after a man, a woman, and a dog reportedly slid out of the plane as it began to taxi out of the runway.

Brian Plummer was sitting toward the back of the Atlanta-bound flight when he noticed Antonio Murdock and Brianna Greco with a large service dog moving about nearby, according to The New York Times (NYT).

Plummer said the couple kept changing their seats as the plane was not full. However, as the plane began to taxi out to the runway at LaGuardia Airport in New York City, Murdock disregarded the flight attendant’s order to remain seated and instead stood up, saying he had post-traumatic stress disorder, according to the report.

Moments later, Plummer reportedly said he felt the plane come to a stop, although it was initially unclear what caused the delay. (RELATED: Delta Air Lines Customer Fined $500 By Customs For Apple She Received On The Plane)

The crew eventually informed the rest of the flight passengers of what happened, saying the unsettled man had opened a cabin door, which activated an emergency slide. Murdock, Greco and their dog slid out of the plane, according to The NYT. 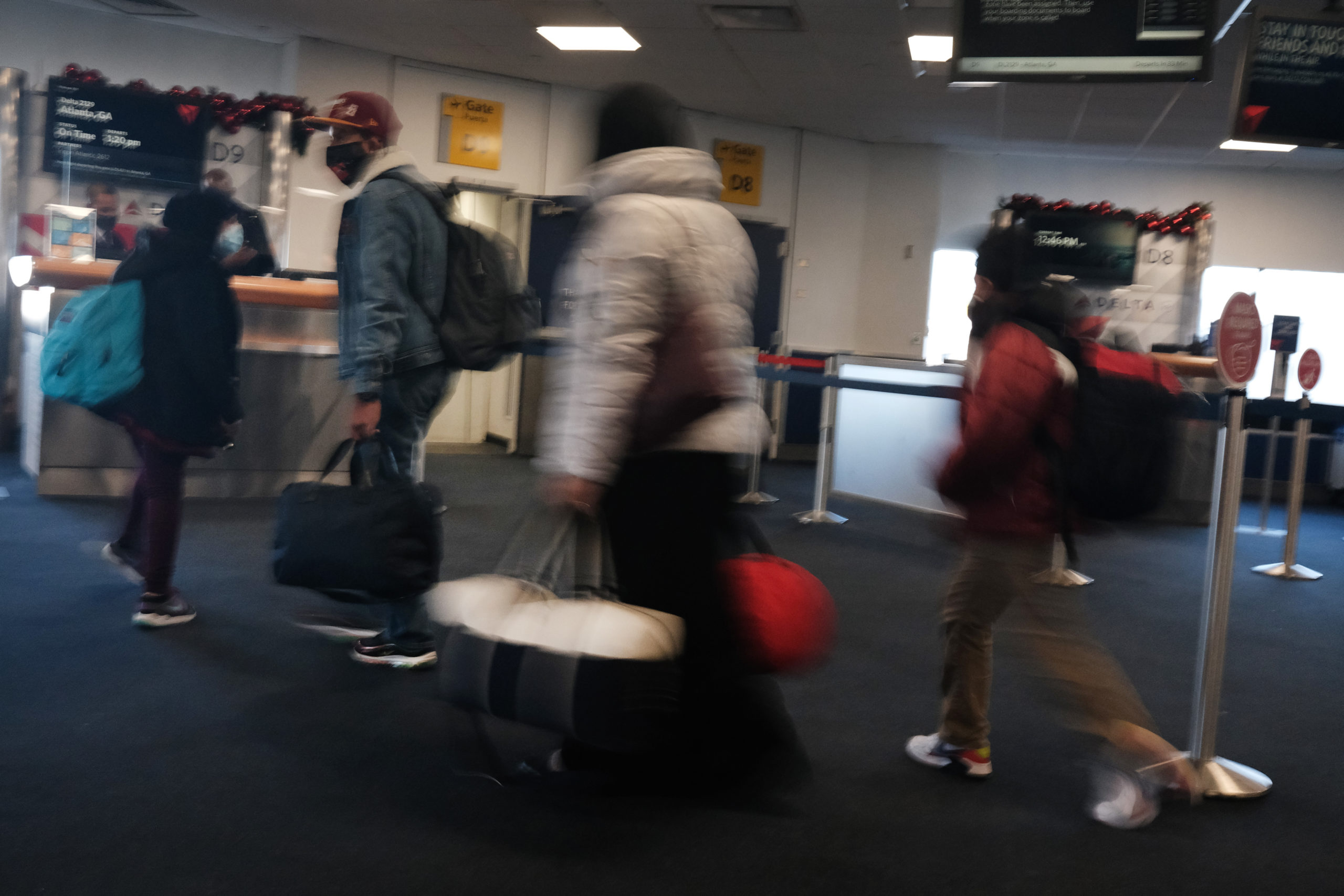 NEW YORK, NY- DECEMBER 03: People travel through New York’s LaGuardia Airport on December 03, 2020 in New York City. Despite a recent rise in airline travel over the Thanksgiving holiday, the airline industry is still experiencing a historic drop in traffic and profits due to the Covid-19 pandemic. (Photo by Spencer Platt/Getty Images)

The duo involved were taken into police custody, according to the report.

Spokesperson for Port Authority of New York and New Jersey  Lenis Valens confirmed to CNN that the duo is facing criminal charges. Murdock faces charges of reckless endangerment and criminal mischief and both Murdock and Greco face charges of criminal trespassing.

The plane did not continue on its flight and instead returned to the gate to deplane customers, Delta spokesman Morgan Durrant told CNN.

Other passengers were accommodated on alternative flights.