Padilla, 47, will be the first Latino senator in California’s history. His selection was first reported by The Los Angeles Times.

“Through his tenacity, integrity, smarts and grit, California is gaining a tested fighter in their corner who will be a fierce ally in D.C., lifting up our state’s values and making sure we secure the critical resources to emerge stronger from this pandemic,” Newsom said. “He will be a senator for all Californians.”

Newsom also praised Padilla’s decades of public service. He was elected to the Los Angeles City Council at age 26, served two terms as a state senator and is serving in his second term as California’s secretary of state. (RELATED: Tension Rises Between Secretary Of State And California GOP Over Unofficial Drop Boxes)

“I am honored and humbled by the trust placed in me by Governor Newsom, and I intend to work each and every day to honor that trust and deliver for all Californians,” Padilla said in a statement. 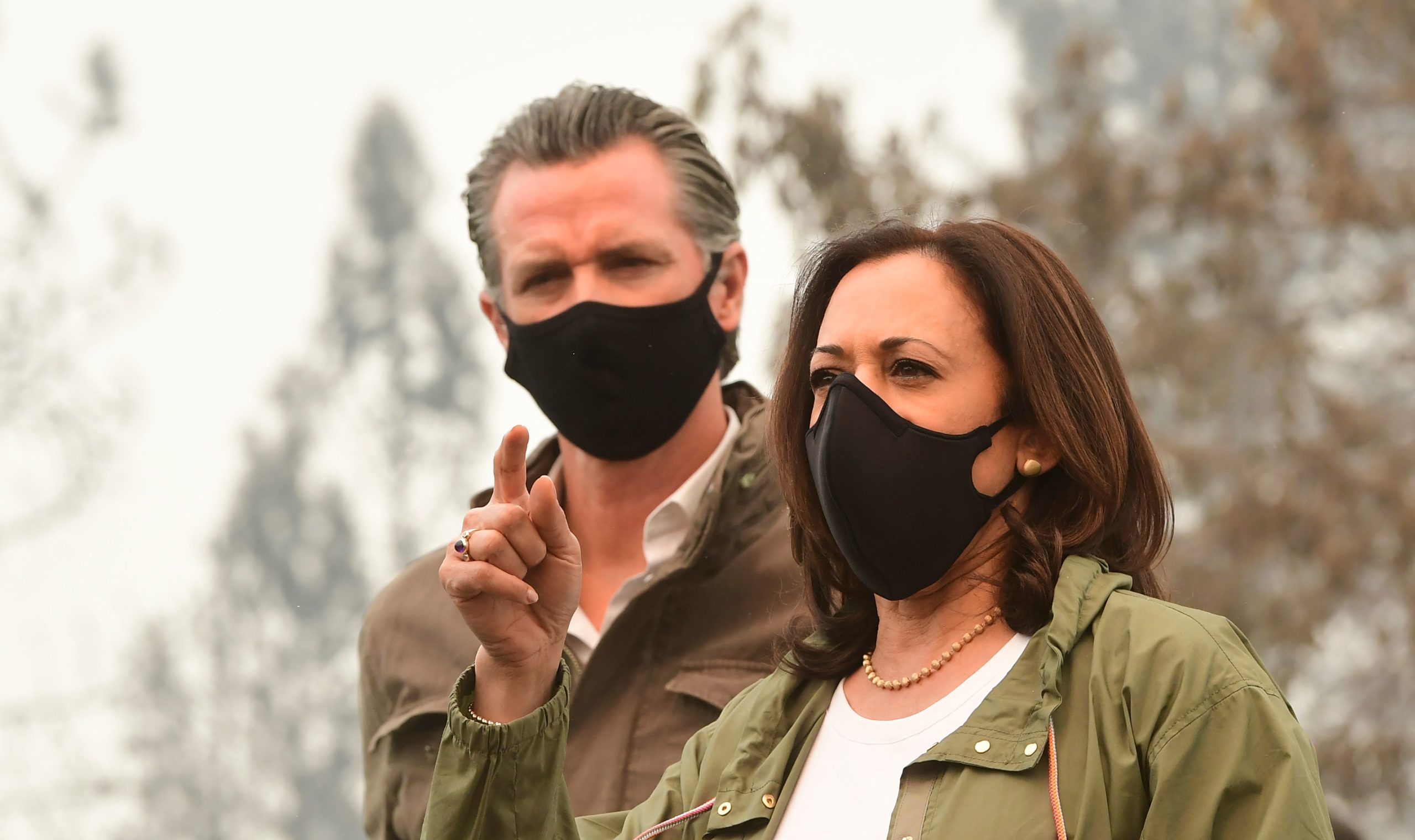 Vice President-elect Kamala Harris speaks next to with California Governor Gavin Newsom as they toured fire-ravaged properties in an unincorporated area of Fresno, California on September 15, 2020. (FREDERIC J. BROWN/AFP via Getty Images)

Though multiple California officials were floated as Harris’s possible successor, Padilla had been widely seen as the frontrunner and had already received a key endorsement from Sen. Dianne Feinstein.

“I have given him my support. I did that quite a while ago,” Feinstein said in early December. “And my sense is that he’s going to represent California very well. He’s someone I would be happy to work with, and also bring Hispanic representation to the Senate for the first time.”

Padilla also had the support of the Congressional Hispanic Caucus, who lobbied Newsom to tap a Latino for the position and has long pushed for greater Latino representation in the Senate. The Caucus’s chair, California Rep. Tony Cárdenas, said in November that the Democratic Party’s message needed to change “overnight” after it underperformed in Latino communities across the country in November’s elections.

Though Padilla’s nomination was seen by many as groundbreaking in a state that is nearly 40% Latino, some Democratic factions urged Newsom to instead pick a black woman to succeed Harris. California progressives, already frustrated with Feinstein’s centrist demeanor, specifically pushed for Rep. Barbara Lee or Rep. Karen Bass, who was also vetted as a running mate for President-elect Joe Biden.