Wednesday was the final day the president could send the bill back to Capitol Hill, and the White House alerted the press to Trump’s decision less than an hour before he was scheduled to depart Washington, D.C. for a two-week holiday in Florida.

The president wrote in his announcement that the NDAA “fails to include critical national security measures, includes provisions that fail to respect our veterans and our military’s history, and contradicts efforts by my Administration to put America first in our national security and foreign policy actions.” He wrote that is was a “‘gift’ to China and Russia.” (RELATED: Why Trump Is Linking 230 Reform To The Defense Authorization) 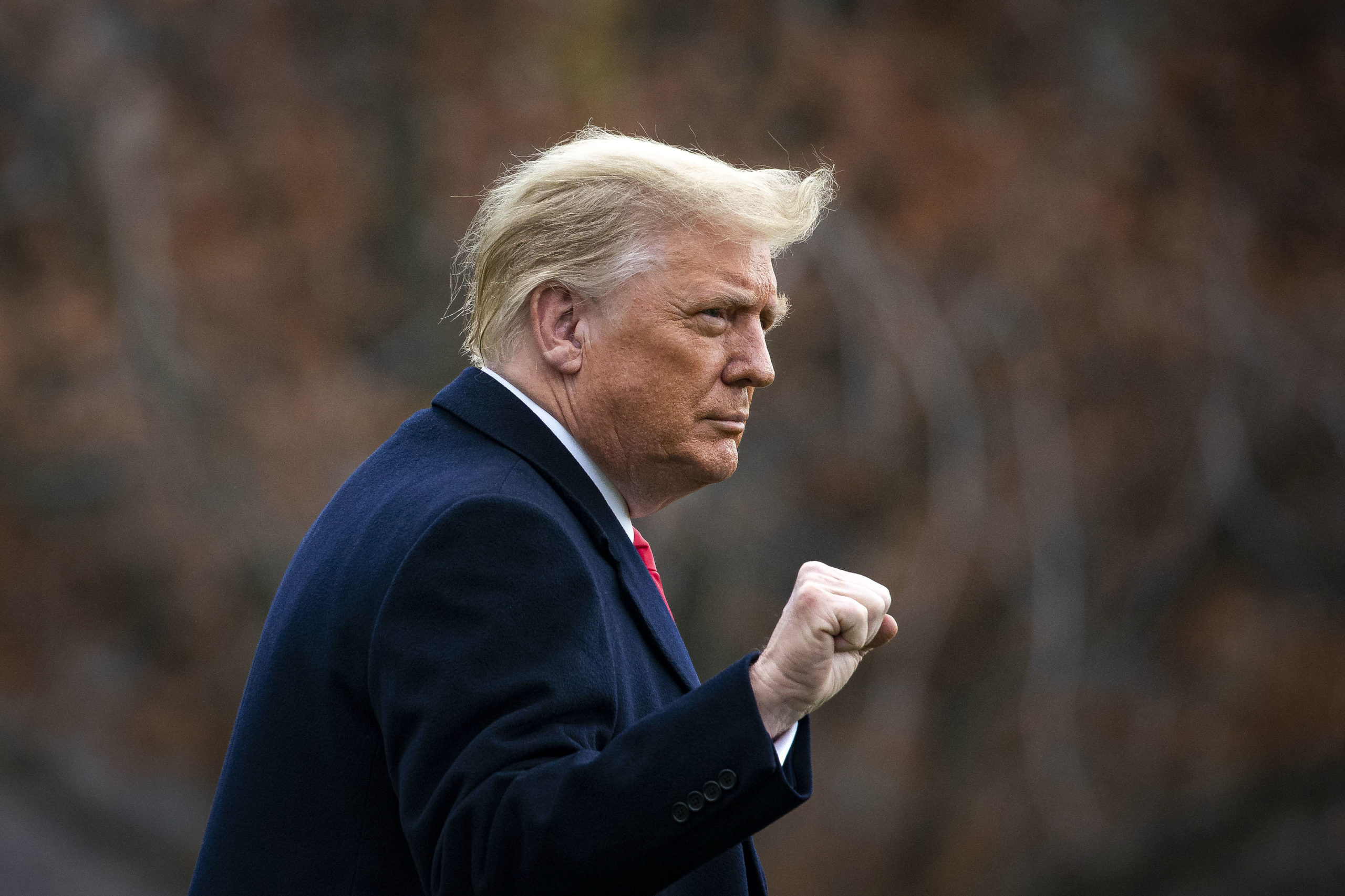 WASHINGTON, DC – DECEMBER 12: U.S. President Donald Trump pumps his fist as he departs on the South Lawn of the White House, on December 12, 2020 in Washington, DC. Trump is traveling to the Army versus Navy Football Game at the United States Military Academy in West Point, NY. (Photo by Al Drago/Getty Images)

Additionally, the president noted that the NDAA “fails even to make any meaningful changes to Section 230 of the Communications Decency Act” and “includes language that would require the renaming of certain military installations.” He had previously listed both items as redlines and reiterated it in a Statement of Administration Policy sent to Capitol Hill just before the bill’s passage.

“Section 230 facilitates the spread of foreign disinformation online, which is a serious threat to our national security and election integrity,” he wrote Wednesday. “It must be repealed.”

On renaming bases named after Confederate figures, Trump claimed that those “locations have taken on significance to the American story and those who have helped write it that far transcends their namesakes.”

Trump finally noted that the current NDAA “arbitrarily” caps the amount of military construction funds to be used in the event of a national emergency, like coronavirus, and limits his own personal goals of a wide-ranging troop withdrawal from America’s various foreign engagements. Neither item had previously been mentioned as a specific redline by the president nor White House.

Congress is expected to override the president’s veto sometime after Christmas recess. It will be the first time the Legislative Branch has used that power during Trump’s presidency.