In a quest to find alien life in our solar system, scientists are investigating the moons of Uranus for oceans hidden beneath its surface.

Massachusetts Institute of Technology (MIT) researchers believe the five largest moons of Uranus — Miranda, Ariel, Umbriel, Titania, and Oberon — should be investigated due to their similarities to Europa and Enceladus, the moons of Jupiter and Saturn, according to a published report.

Scientists believe these moons are candidates for hosting extraterrestrial life. However, exploration through the thick crust of ice on the surface make it difficult to reach the ocean for a thorough study. 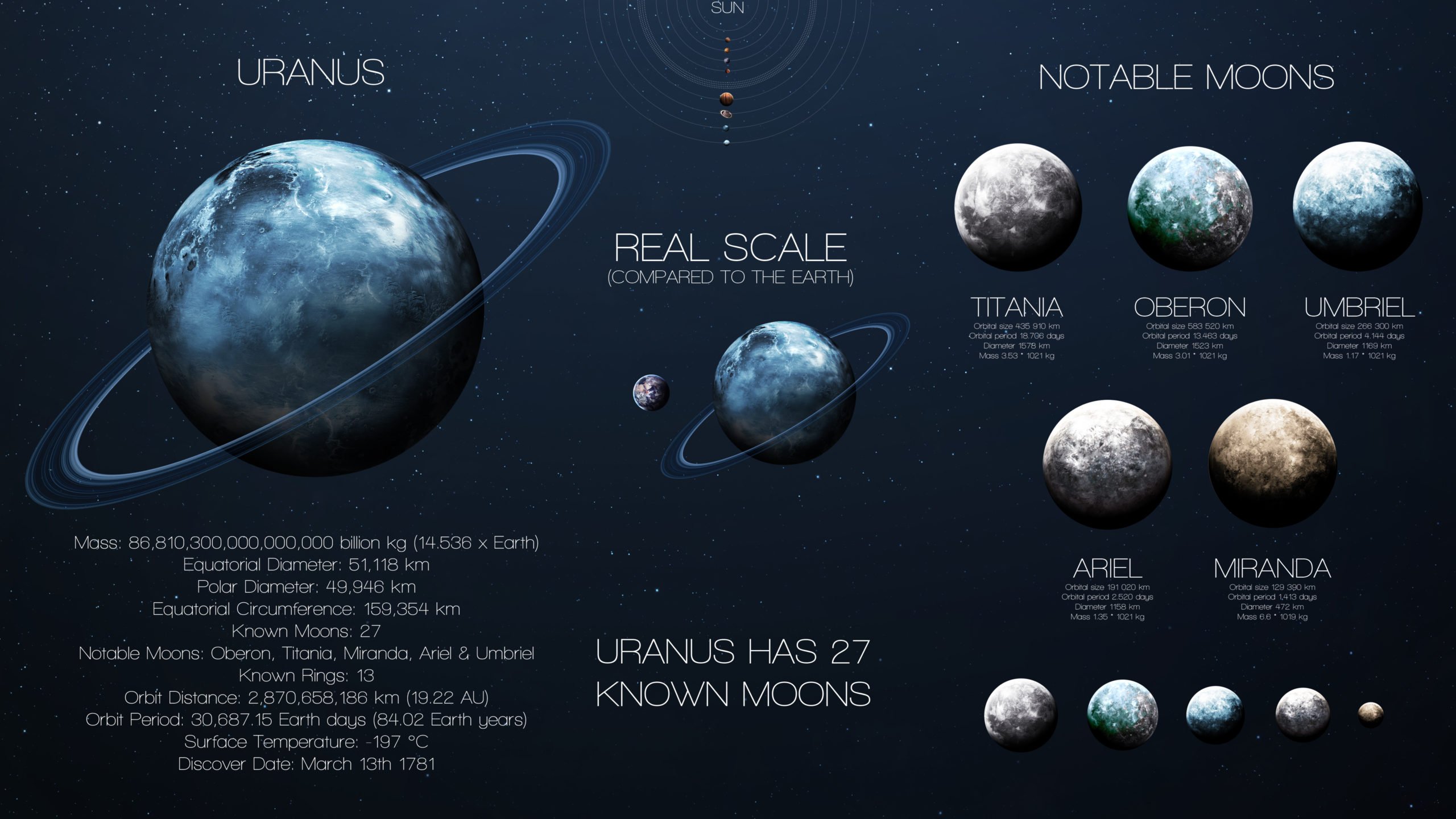 Scientists have examined 1986 images from the Voyager 2 spacecraft, which show moons’ non-cratered material, ridges, valleys, and folds, which could originate from subsurface oceans, according to the MIT report. There is also evidence of cryovolcanism on these moons, which could be due to liquid and vapor material trapped under the surface. (RELATED: Diamond Oceans Discovered On Uranus and Neptune)

“The big question here is: Where are habitable environments in the solar system?” said Benjamin Weiss, a planetary scientist at MIT. “Europa and Enceladus make a lot of us wonder whether there are many moons out there that, although they’re small, may still be warm.”

“If there’s liquid water there and it’s a little bit salty like ocean water on the Earth, then it can be conducting, meaning currents can flow in it,” Weiss concluded.

Whereas funding for space exploration continues to be a controversial issue in America, the Trump administration has renewed interest in the subject, most notably with the creation of Space Force, a new branch of the U.S. military.