A 28-year-old New Zealand man was caught on CCTV wheeling a suitcase through a hotel that reportedly contained the body of  21-year-old Grace Millane, who he murdered in December of 2018 while on a Tinder date.

Jesse Kempson was shown on security camera footage using a luggage trolley to get two suitcases into the elevator of an Auckland hotel, where he was living. Not too long after, he is once again seen on security footage returning to the elevator with two suitcases. This time the suitcases containing the body of Millane, who he had been on a Tinder date with, reports News.com.au.

From there, Kempson took the body of Millane, a British backpacker, to the outskirts of the city where he buried her in a shallow grave. Her body was discovered Dec. 9, 2018, about 30 feet from the side of a road in Waitakere Ranges, according to The Sun. (RELATED: There Are ‘Definitely’ Sex Offenders On Tinder, And The App Says It Can’t Fully Screen For Them) 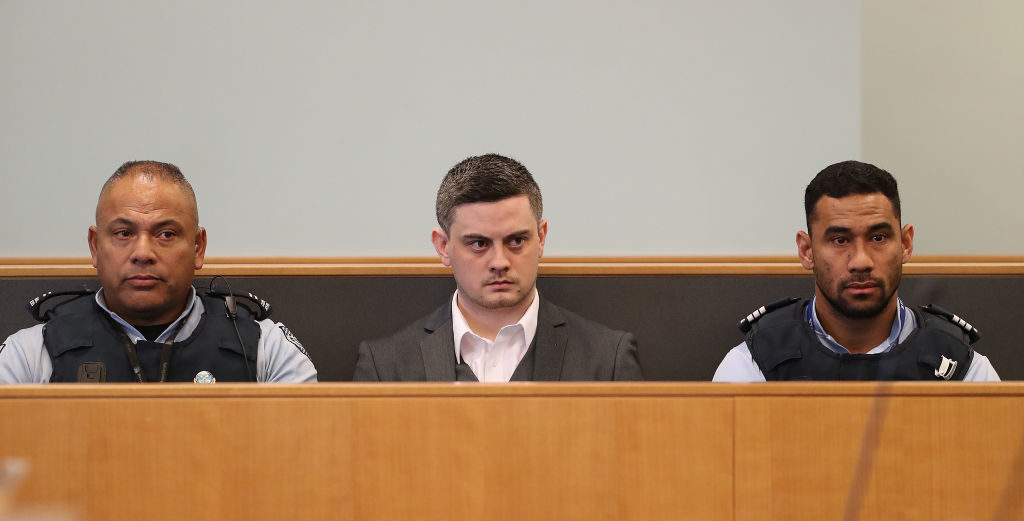 Kempson was sentenced to life in jail with no chance of parole for 17 years for the murder of Millane in Feb. 2020, according to CNN.

It was later revealed that Kempson had raped another woman eight months prior to the killing of Millane. The victim had kept the attack secret until she recognized footage of Kempson on the news for his involvement in the murder of Millane, reports News.com.au. Kempson also faced another trial for sexual assault of an ex-girlfriend that lasted months.

Those trials resulted in an 11-year sentence to run concurrently with the 17-year minimum he received for murdering Millane.

Grace Millane was killed the day before her 22nd birthday. She was in Auckland a part of a year-long trip abroad.