Melania Trump definitely got everyone’s attention Wednesday when she stepped out in a gorgeous polka dot dress during a trip to Florida for the holidays. 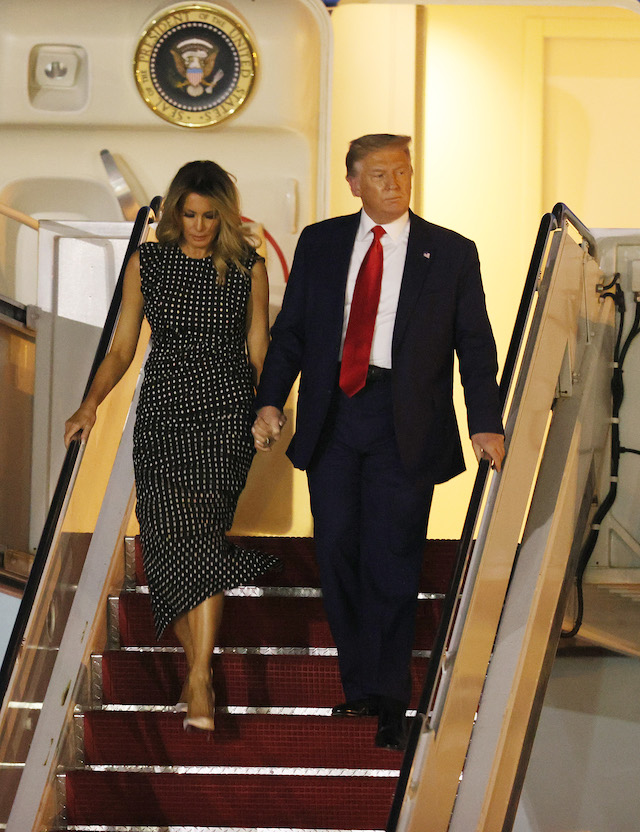 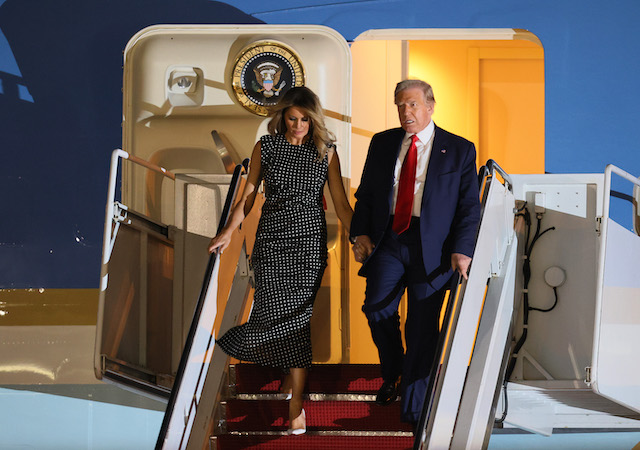 The first lady looked just as stunning as ever in the sleeveless black and white number that went down past her knees as she joined President Donald Trump exiting Air Force One after it touched down at Palm Beach International Airport in West Palm Beach. (RELATED: Melania Stuns In Pale-Pink Dress At Reception During UN General Assembly [PHOTOS]) 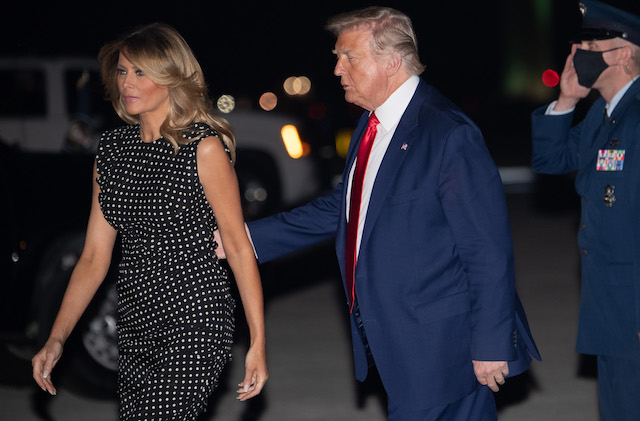 She completed the terrific look with loose hair and white high heels. To say she looked perfect would be a serious understatement.

Earlier in the day, FLOTUS was spotted wearing a jaw-dropping black jacket with thigh-high black boots as she was leaving the White House ahead of the trip. (RELATED: Celebrate Ivanka Trump’s Birthday With Her Greatest Looks [SLIDESHOW]) 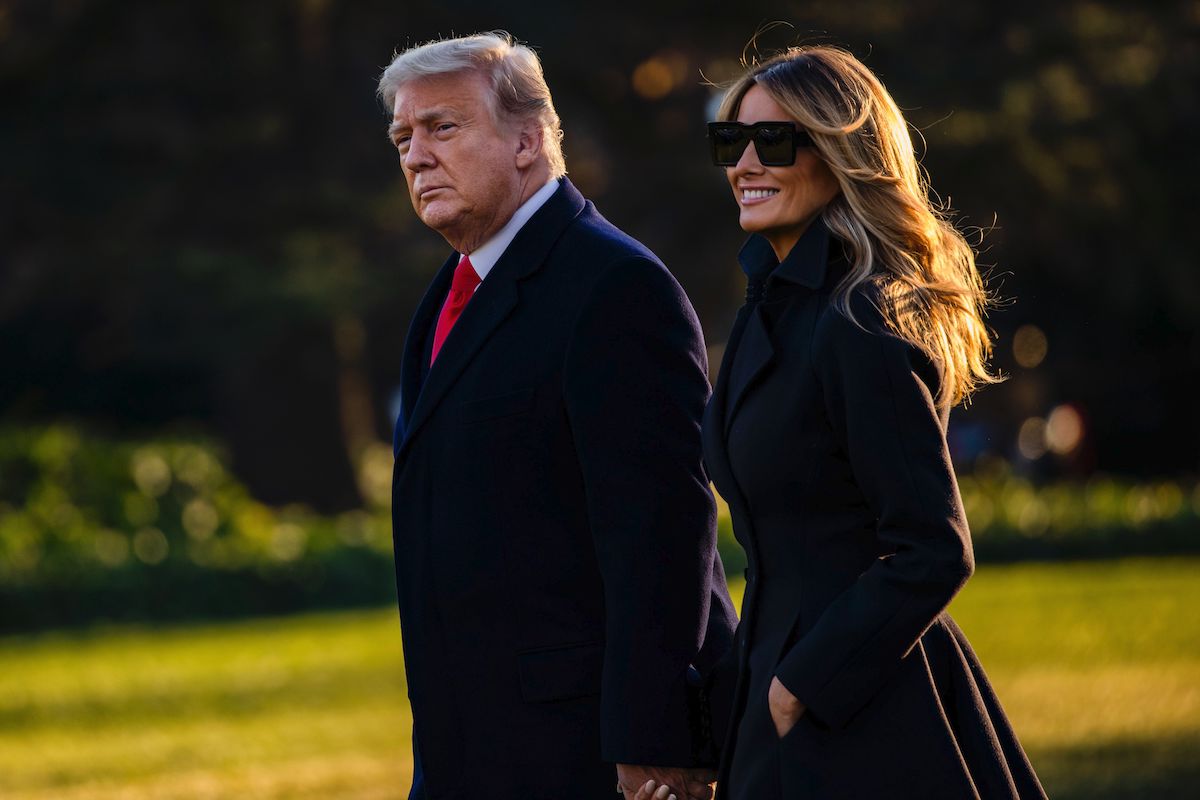 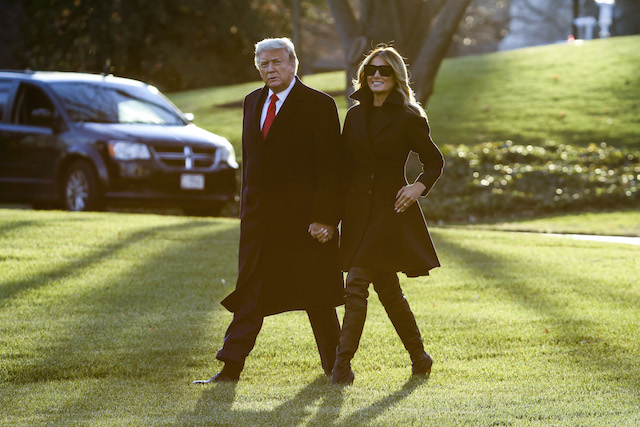 The first lady and the president traveled to Florida to spend a 10-day holiday visit at his Mar-a-Lago resort during the Christmas break. 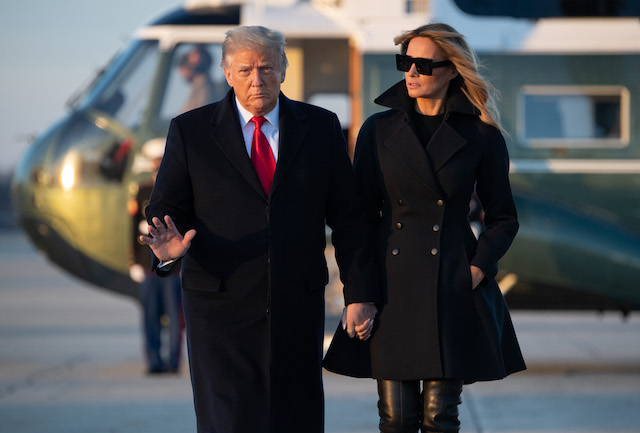 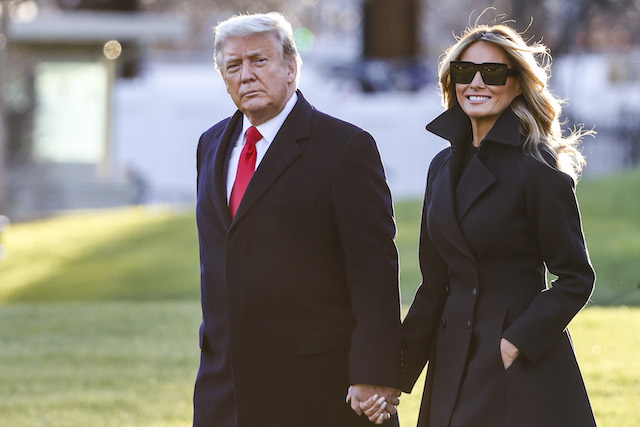 FLOTUS’ fashion sense is always on point as has been noted numerous times before. Most recently, she stunned when she stepped out in a black tuxedo for the 2020 Congressional Ball held at the White House.