The number of Americans filing new unemployment claims decreased to 803,000 last week as the economy continued to suffer the effects of the ongoing coronavirus pandemic, according to the Department of Labor.

The Bureau of Labor and Statistics (BLS) figure released Thursday represented a decrease of new jobless claims compared to the week ending Dec. 12, in which there were 885,000 new jobless claims reported. Roughly 20.4 million Americans continue to collect unemployment benefits, according to the BLS report Thursday.

“The recent surge in COVID cases has led to many states reimplementing lockdown measures and other business restrictions that will likely crimp the labor market recovery in the short run,” Deutsche Bank economists said, according to Yahoo Finance. “We have already begun to see some evidence of this in the high-frequency data, with changes in a state’s jobless claims becoming increasingly correlated with the state’s growth in COVID cases.” 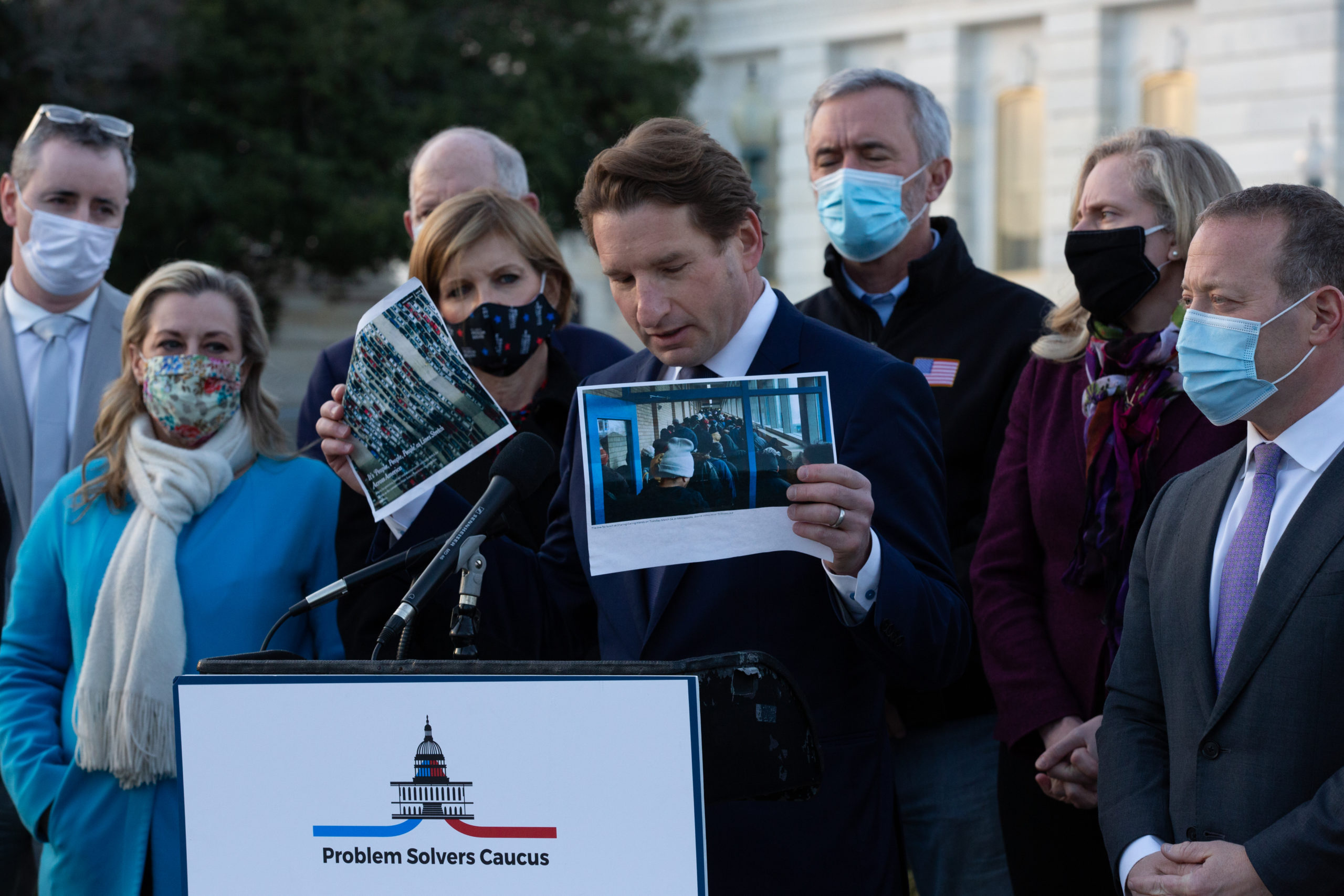 Rep. Dean Phillips holds up images of people in food bank lines, standing with members of the Problem Solvers Caucus at a Monday press conference to praise the forthcoming passage of the bipartisan emergency coronavirus relief bill. (Cheriss May/Getty Images)

Investors, meanwhile, have focused on the passage of the coronavirus relief bill, according to CNBC. Congress overwhelmingly passed a $900 billion stimulus package Monday, which included direct payments of $600 and $320 billion in small business support, but President Donald Trump threatened to veto the bill Tuesday.

However, in a sign of the economic recovery slowing, the U.S. added just 245,000 jobs in November, while unemployment fell to 6.7%, according to the Department of Labor data released Dec. 4. U.S. retail sales plummeted by 1.1% in November even as holiday shopping began, a Department of Commerce report showed Dec. 16.

Average coronavirus cases and deaths per million have been increasing steadily in the U.S. since mid-October, according to The COVID Tracking Project. On Wednesday, the U.S. reported 3,131 new coronavirus-related deaths and 188,614 new cases while 117,777 Americans remained hospitalized from the virus.