Congress passed a COVID-19 stimulus bill Sunday after months of negotiations, providing $900 billion in relief funds. The bill is subject to President Donald Trump’s approval, which he has suggested he will withhold unless direct payments to individuals are increased.

The bill in its current form provides $325 billion in funds that will go directly to supporting small businesses, but will that be enough to keep them afloat?

Republicans were focused on refunding the Paycheck Protection Program (PPP) during the negotiations, according to the Associated Press, and came away with $284 million in funding for the program. The bill also reportedly allocates $20 billion in funding for businesses in low-income communities, as well as $15 billion for live venues such as theaters and museums.

Chief U.S. economist at Oxford Economics Gregory Daco told the Associated Press that while any aid is helpful, this is “likely going to be insufficient to bridge the gap from today until late spring or early summer, when the health situation fully improves.”

Estimates from the early months of the pandemic show that approximately 100,000 small businesses closed, according to The New York Times. Matt Stoller, American Economic Liberties Project research director, told The Washington Post the economic implications of coronavirus lockdowns were “an extinction-level event for small businesses.” (RELATED: ‘Strong Can Get Stronger’: Corporations Prosper During Pandemic As Small Businesses Struggle To Survive) 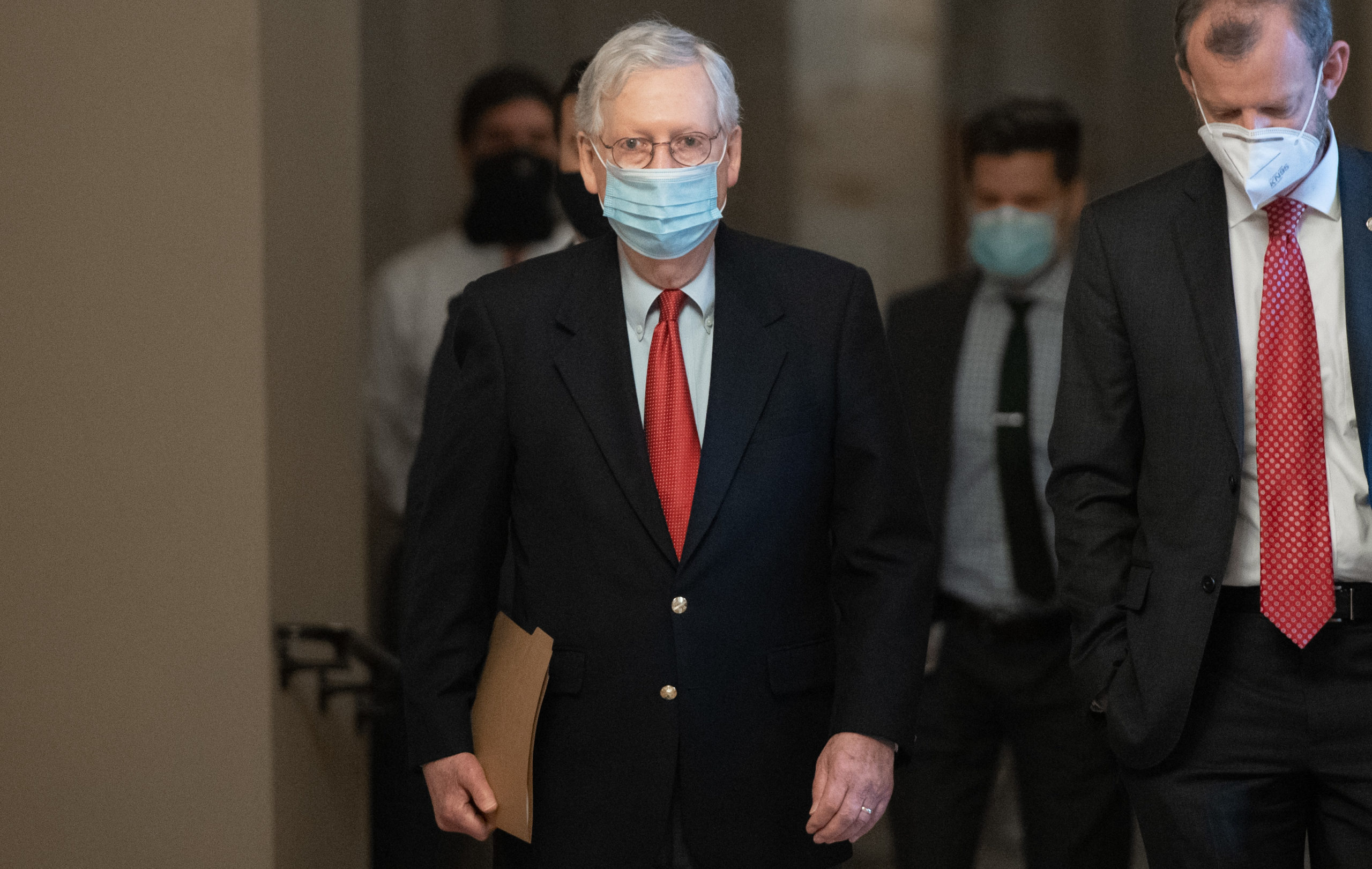 US Senate Majority Leader Mitch McConnell, Republican of Kentucky, walks to his office from the Senate Floor at the US Capitol in Washington, DC on Dec. 18, 2020. – As lawmakers inched closer to a new stimulus package to help the pandemic-battered US economy, government data showed more workers were applying for unemployment benefits as the recovery stalled. (Photo by SAUL LOEB/AFP via Getty Images)

Almost three-quarters of American businesses have received PPP loans — including the Daily Caller — averaging a little over $100,000 per business, according to Peter G. Peterson Foundation. The manufacturing and construction industries received the most money, despite the food and service industries having suffered the worst job loss.

The hardest hit sectors did not receive a larger share of PPP loans. https://t.co/GI457Bauxw

Economists from the Massachusetts Institute of Technology and the Board of Governors of the Federal Reserve found that the PPP loans had led to a 3.25 employment percentage increase at firms that received funds, the Peter G. Peterson Foundation reported in August. However, a Harvard University team determined that PPP loans had a marginal impact on unemployment numbers as a whole.

Other studies have indicated that many minority-run businesses did not receive help from the PPP.

“90% of businesses owned by people of color have been, or will likely be, shut out of the Paycheck Protection Program,” said director of federal advocacy and senior counsel for the Center for Responsible Lending Ashley Harrington, according to The Hill. A survey by Global Strategy Group that consisted of interviews with 500 business owners and over 1,000 workers found that only 12% of black and Latino business owners were able to obtain loans, Forbes reported. 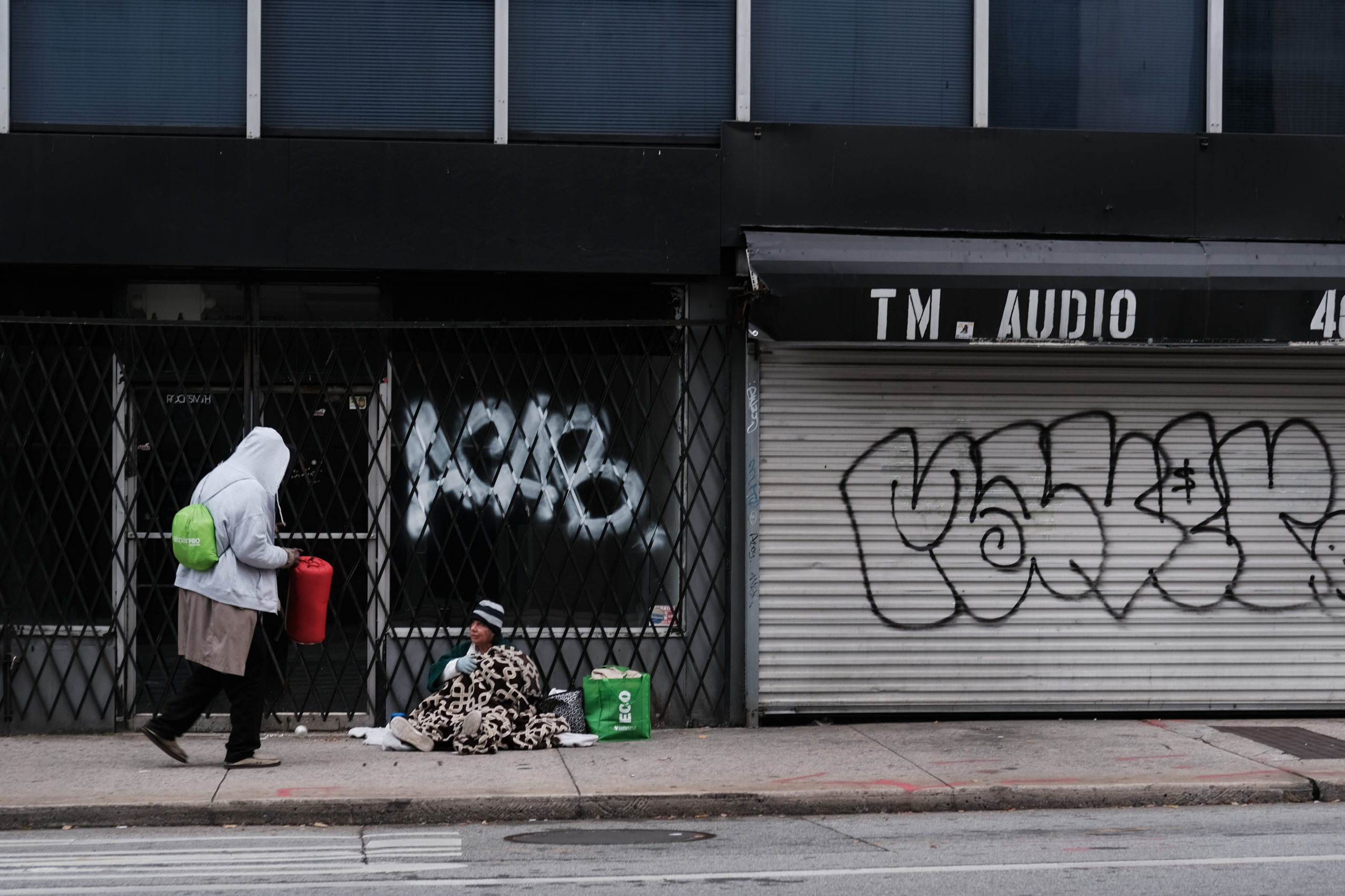 ATLANTA, GEORGIA – DEC. 07: Few people walk through the streets of downtown Atlanta where tourism and businesses have been hard hit by coronavirus (COVID-19) on Dec. 07, 2020 in Atlanta, Georgia. Many parts of Georgia are experiencing the largest surge in coronavirus (COVID-19) cases since the summer.  (Photo by Spencer Platt/Getty Images)

The latest stimulus bill contains several new provisions that will help small businesses, such as expenses paid through PPP loans now being considered tax deductible, according to the Washington Business Journal. However, a number of analysts suggest there were other ways Congress could have helped small businesses.

Some businesses are eligible to have their PPP loans forgiven. However, the process is complicated and administratively fraught, according to Forbes. A streamlined process could ease the burden on businesses.

Hyperfocused small loans are another potential way hard hit industries could be helped. A system proposed in an American Banker op-ed would allow businesses could apply for loans (capped at $1 million) based off a three-month average of expenses from 2019. The op-ed also proposed forgiving loan money spent on new supplies, repair costs and opening expenses as well as forgiving 50% of salaries and benefits paid to workers making less than $100,000.

Outright grants to businesses making below a certain income threshold could also simplify the process and make it easier for the smallest businesses to access funding.

“Doing this on the front-end could eliminate the operational burden on struggling businesses and get the funds into vulnerable communities faster,” President and CEO of Civitas Strategies Gary Romano told Forbes.

Columbia University law professor Michael Graetz described the latest stimulus bill as a “survival plan,” adding that he thought “not doing it would have been malpractice,” according to the Associated Press. “It’s not enough when you think about the fact that evictions are rising. People can’t pay their rent. Unemployment has been creeping back up. Businesses have been shuttered again all over the country. So this is not the end of the story.”