In a string of attacks with a metal baseball bat, a man brutally beat a mother and daughter riding a MAX train in northeast Portland two days before Christmas. 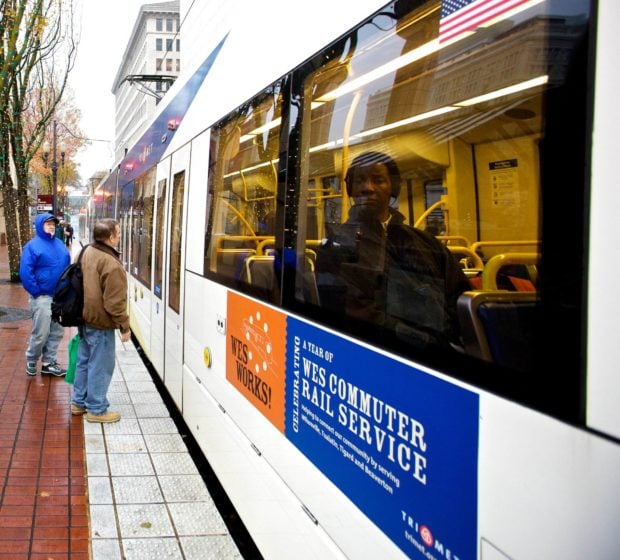 Alexa Simpson and her mother, Vanessa Perone, said they noticed a man on the train holding a metal bat, according to KPTV. He mumbled something at them which they couldn’t understand. When they reached the Rosa Parks MAX stop, they exited the train and the man followed them out.

“He just at that moment just raised his bat and literally started beating us,” Perone, who was knocked to the ground and told her daughter to run, said. “He hit me in the head first, so I felt blood at that point.”

Instead her daughter used her backpack to cover her mother and try to protect her. Simpson said she was hit eight or nine times, but feels lucky to be alive.

“All I could think was just to hover over her and protect her and get her up so we could both run because I wasn’t going to leave her,” said Simpson, who has bruises on her arm, shoulder and head. “I just couldn’t do that. That’s my mother!”

The attacker, Trendlon Brewer, was arrested and held in Multnomah County Jail on four counts of assault along with other weapons charges. Police say he is responsible for a series of attacks, injuring several people, including a police officer who was struck across the face. (RELATED: Guns, Violence And The Mentally Ill)

After being hospitalized, Simpson and Perone, who are homeless, were provided with a motel room to recover.