A small number of recovered COVID-19 patients who had no previous history of mental health problems are developing severe psychotic symptoms, the New York Times reported.

Medical experts have observed multiple instances in the U.S. and globally of patients who’ve recovered from COVID-19 later developing “profound psychosis,” The Times reported. One New York City patient tried to strangle his cousin in bed after experiencing delusions about his cousin murdering him, and another patient in North Carolina developed paranoia about her children being kidnapped. The mother tried to save them by passing them through a fast-food restaurant drive-through window.

Murder plots, hallucinations, paranoia: post-Covid psychosis is emerging in a small number of patients. While it’s expected to remain rare, doctors worldwide have reported a smattering of cases. https://t.co/i1Tn4Avfp9

A British study has found that 10 of 153 patients hospitalized with COVID-19 experienced “new-onset psychosis,” while another study identified 10 patients with similar symptoms in one hospital in Spain. (RELATED: Mental Health Improved For Only One Group During COVID — And Dems Did Everything They Could To Suppress It)

Dr. Hisam Goueli, a psychiatrist in New York, told the Times that he was unsure whether COVID-19 was related to the psychological symptoms he saw in multiple patients, but it was notable that most patients who developed psychosis had no respiratory problems and didn’t get very sick from COVID-19. They were also largely in their 30s, 40s and 50s, which was striking because it’s “rare” to develop such symptoms of psychosis in this age range.

The cases of psychosis point to how COVID-19 can affect mental health and brain function, despite being initially thought to primarily cause respiratory distress. Recovered COVID-19 patients have experienced brain fog and memory problems, which may be caused by persistent immune activation, the Times reported. 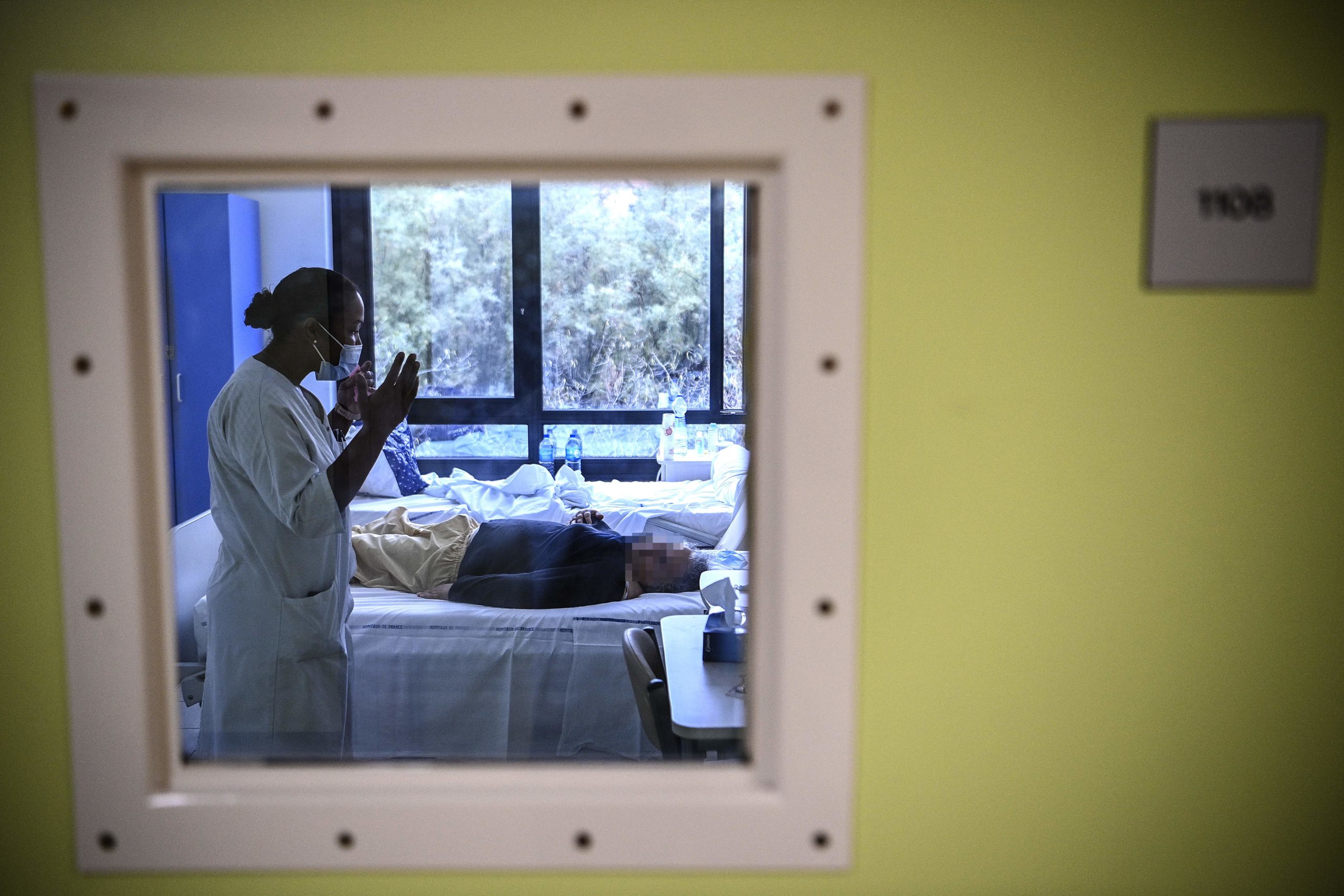 TOPSHOT – A nurse speaks with a patient with mental disorders in her room at The Ville-Evrard Psychiatric Hospital in Saint-Denis, north of Paris on November 3, 2020. -(Photo by CHRISTOPHE ARCHAMBAULT/AFP via Getty Images)

The development of psychosis after recovery from infection isn’t limited to COVID-19. The 1918 flu, SARS, and MERS also were connected to such cases. Effects depend on which region of the brain the immune response impacts, which may cause some people to “have neurological symptoms, some people psychiatric and many have a combination,” Dr. Robert Yolken, a neurovirology expert at Johns Hopkins University School of Medicine, told the Times.

It’s unclear whether genetic makeup or predisposition for psychiatric illness makes some people more likely to develop psychosis after being infected with COVID-19.

Doctors initially thought that the North Carolina woman’s symptoms reflected bipolar disorder, but didn’t improve with first medication. She was given an antipsychotic medication and discharged in a week. A 49-year-old man who heard voices and believes he was the devil needed several weeks of hospitalization before being discharged and later readmitted.