Nine cities with some of America’s largest murder rate increases hosted Black Lives Matter and Defund the Police protests in 2020.

Data analyst and criminologist Jeff Asher published a preliminary look at America’s skyrocketing murder rate. He found that murder rates rose year over year in 51 out of the 57 locales from which he accessed data.

Nine of the ten cities with the highest murder rate increases and more than 20 killings hosted sustained Black Lives Matter protests and riots during the summer. These are evidence of what Manhattan Institute fellow Heather Mac Donald calls the Ferguson Effect, wherein anti-police protests and rioting lead to less proactive policing. The absence in police presence then leads to a spike in violent crime.

The Ferguson Effect is a causal theory about anti-police protests and increased violent crime, while Asher’s data combined with news reports only suggest a correlation between the two. It is important to note that the city with the ninth-largest increase in murder rate in 2020, Fort Worth, TX, did not host extensive Black Lives Matter or Defund the Police protests.

Omaha’s murder rate increased 106% from 2019 to 2020. Its 35 murders were the most in the city since 2015. The City of Omaha is currently a defendant in a federal lawsuit filed by the American Civil Liberties Union (ACLU). Omaha police officers fired tear gas and arrested hundreds protestors who blocked streets and bridges in Omaha on May 29 and 30.

Lubbock’s murder rate increased 100% from 2019 to 2020. The city saw more murders by May 2020 than it did in all of 2019. Many of those murders may not be attributable to the Ferguson Effect, since they were before major protests in the aftermath of the death of George Floyd.

Milwaukee saw 191 murders in 2020, for a year over year increase of 94%. Milwaukee Public Schools cancelled their contract with the Milwaukee Police Department following the death of George Floyd. The city also hosted sustained protests in the aftermath of the police shooting of Jacob Blake. The Milwaukee Bucks cancelled a playoff game with the Orlando Magic in protest of the shooting.

Blake was shot after pulling a knife on Kenosha police officers. He later plead guilty to disorderly conduct charges stemming from a sexual assault of his ex-girlfriend, which prompted the police dispatch. (RELATED: Kamala Harris Told Jacob Blake She’s Proud Of Him)

Louisville’s murder rate increased 78% in 2020, with 139 murders reported. Kentucky’s largest city saw sustained protests and rioting following the death of Breonna Taylor on March 13, who was shot while police served a no-knock warrant at her boyfriend’s apartment. At least seven people were shot during protests and riots following Taylor’s death. Small business owners struggled to protect their stores and restaurants from looters.

Fort Wayne reported 37 murders by Sept. 25 for a 76.2% year over year increase. Police worried that the city was on pace to break 2016’s record 48 murders. Fort Wayne police deployed tear gas and pepper spray after protestors blocked traffic and climbed atop a truck near the Allen County Courthouse.

Seattle reported 47 murders in 2020, a 74% increase. At least two men were killed in Seattle’s Capitol Hill Occupied Protest (CHOP), which was set up in the aftermath of the death of George Floyd. Seattle Mayor Jenny Durkan defended CHOP as “a peaceful expression of our communities collective grief.” She later signed a bill cutting the Seattle Police Department’s budget by 18%. Seattle business owners were not impressed, filing a lawsuit alleging that the city violated their constitutional rights by allowing the occupation. 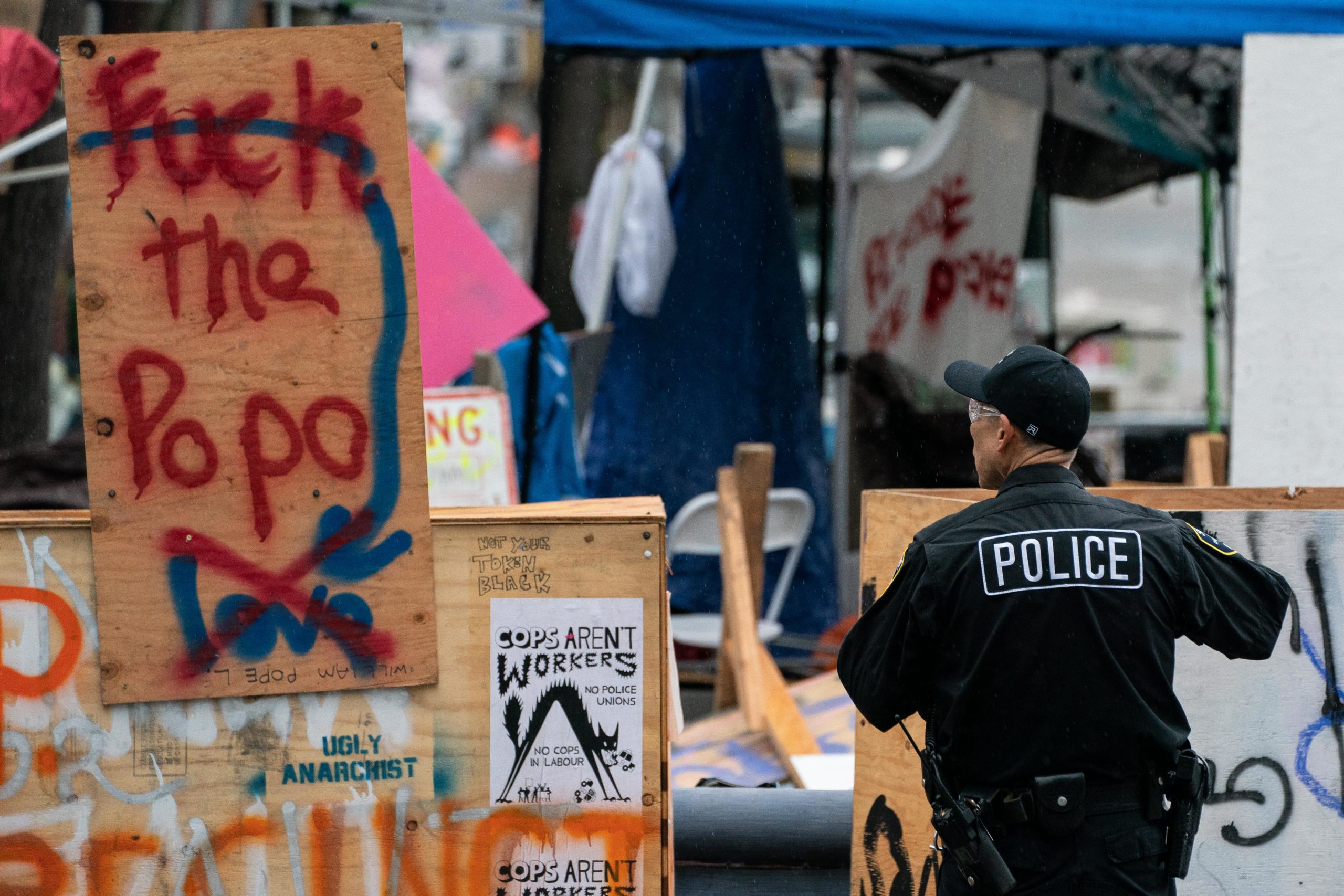 Minneapolis’ murder rate increased 72% in 2020, with 81 killings reported. Minneapolis also saw the death of George Floyd, an unarmed black man. Minneapolis police officer Derek Chauvin was charged with second-degree murder after he knelt on Floyd’s neck for over eight minutes. The Minneapolis City Council voted unanimously to replace its police department with a “community-based public safety model” in the aftermath of Floyd’s death and widespread protests and rioting. Minneapolis minority business owners were forced to turn to armed guards organized by the NAACP after police were unable to prevent looting. (RELATED: Minneapolis City Council President Says Calling The Police During An Emergency Is ‘Privilege’)

32 people were killed in Aurora in 2020, a 68% increase over 2019’s total. Aurora saw protests throughout 2020 following the 2019 death in police custody of 23 year old Elijah McClain. Rioters were charged after barricading police inside an Aurora precinct. The 18 Aurora police officers had to be rescued by a tactical team. Other protestors blocked Interstate Highway 225 near Aurora. One protestor shot at a car that drove through the blockade.

New Orleans reported 194 homicides in 2020 for a 62% year over year increase. Protests in New Orleans were often led by Take ‘Em Down NOLA, a group that advocates “occupying streets and in some cases literally removing the symbols of… oppression.” They scored a victory when the Louisiana State Supreme Court removed a statue of Supreme Court Chief Justice Edward Douglass White. White was the only Louisianan on the United States Supreme Court until Amy Coney Barrett was confirmed in Oct. 2020. Other New Orleans protestors and activists called for the city council to defund the New Orleans Police Department and use that money to fund social programs.

Update: This article was updated to emphasize that the dataset used only suggests a correlation between anti-police protests and an increasing number of murders. It does not suggest a causation between the two, although the Ferguson Effect theory does.