Lincoln’s head and the statue commemoration were covered in red paint. The paint was cleaned off and the damage was deemed “superficial,” according to the San Francisco Chronicle.

San Francisco radio host Christopher J. Beale suggested on Twitter and Medium that the statue was defaced as retribution for the execution of 38 Dakota Native Americans on Dec. 26, 1862.

Why is Lincoln in #SanFrancisco ‘bloody’ today?

It has to do with his role in the largest mass execution in US history. A story that we were not taught in school.

On the date in question, 38 Dakota were executed for “violating females” or “participation in massacres.” Lincoln ultimately commuted 265 death sentences. In a report to Congress, Lincoln stated he intended not to “act with so much clemency as to encourage another outbreak on the one hand, nor with so much severity as to be real cruelty on the other.”

The City of Boston removed a Lincoln statue on Dec. 29 following complaints that it “perpetuat[ed] harmful prejudices and obscur[ed] the role of Black Americans in shaping the nation’s fight for freedom.”

The statue portrayed a freed slave kneeling at Lincoln’s feet and was commissioned in honor of the Emancipation Proclamation, which Lincoln signed, formally freeing slaves in the U.S. While the slave is depicted rising, critics — including famed abolitionist Frederick Douglass — have argued that the monument’s depiction is a slight to those same freed slaves. 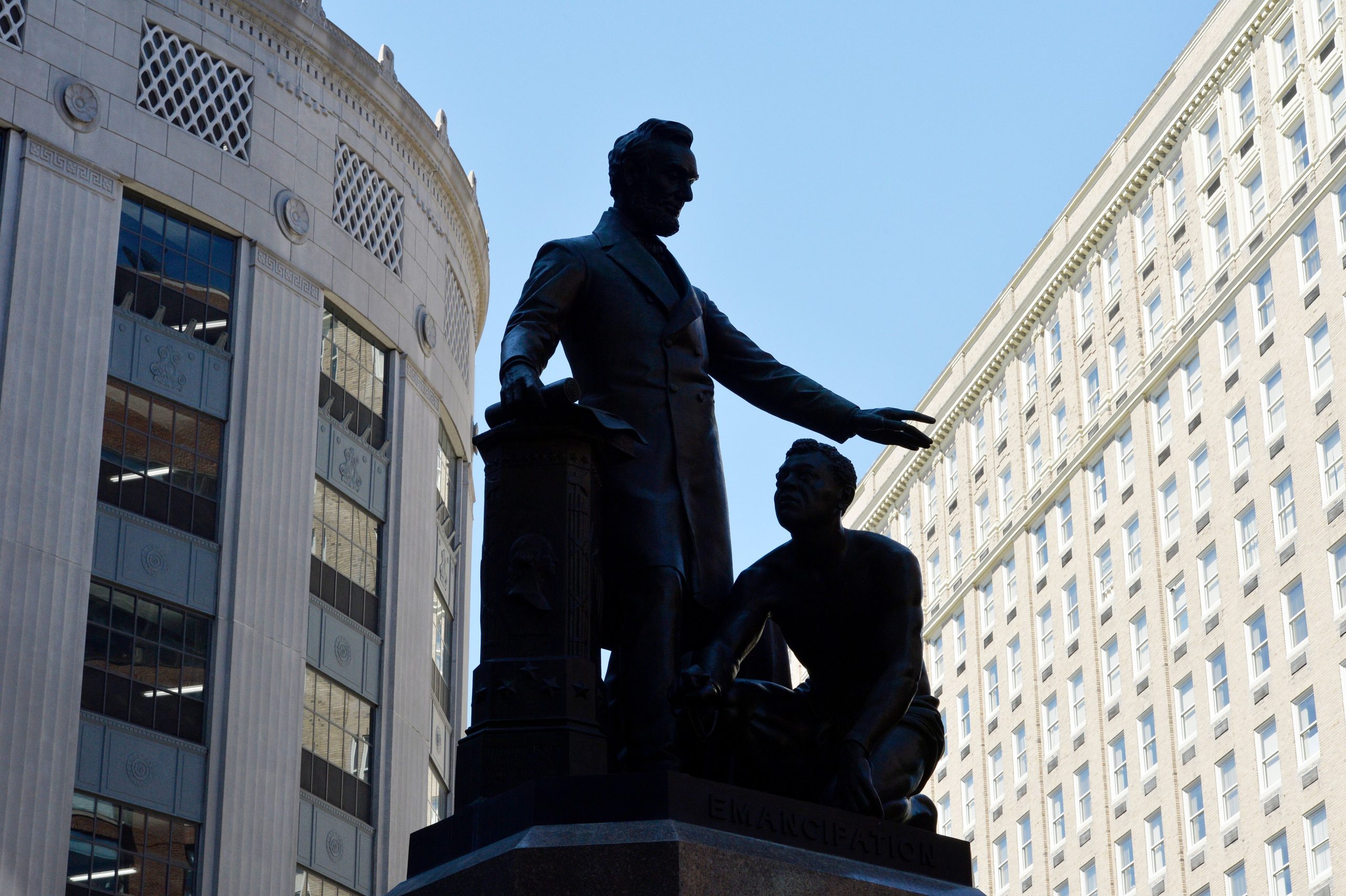 An Abraham Lincoln statue was removed by the City of Boston after public outcry. (Photo by JOSEPH PREZIOSO/AFP via Getty Images)

Douglass stated that the freed slave could have been portrayed with more dignity, reported the Wall Street Journal.

“The negro here, though rising, is still on his knees and nude. What I want to see before I die is a monument representing the negro, not couchant on his knees like a four-footed animal, but erect on his feet like a man,” Douglass reportedly wrote in a letter.