Calls for a private police force in Atlanta are growing after a seven-year-old girl was shot and killed by a gunshot wound to the back of the head.

Kennedy Maxie was riding in a car with her aunt when gunshots rang out near Phipps Plaza, striking Maxie in the back of the head, according to WSBTV. After spending days in the hospital, Maxie died Saturday.

Atlanta District 7 Council member Howard Shook said on Dec. 22 that it was “obvious that the civilian authorities do not control the streets and cannot provide even a token feeling of safety beyond our front doors.”

“To the administration, I don’t want to hear the word ‘uptick.’ Stop minimizing our concerns by telling us that ‘crime is up everywhere.’ Spare us from the lie that the steady outflow of our officers isn’t as bad as it is. And please, not another throw-away press conference utterly devoid of game changing action steps,” he continued.

Following Maxie’s death, Atlanta Police confirmed to NBC News that there has been a spike in homicides.

“As of the end of the week 52 reporting period we are at 154 homicides compared with 99 for the same period of 2019,” Atlanta Police Officer Steve Avery said. “That is an increase of 61%.”

Others are also raising concerns about the lack of protection, with city councilman J.P. Matzigkeit pushing for a privately funded security force that would help the Atlanta Police Department patrol the Buckhead area, according to WSBTV.

“We have to tackle this. I have said that we are at war with crime, and we need to act like it,” he said, according to the report.

Matzigkeit said that Atlanta Mayor Keisha Lance-Bottoms’ vocal support of looking into ‘defunding the police’ in response to the shooting of Rayshard Brooks was an “unfortunate reaction” that has hurt the community.

“I think it was an unfortunate reaction, and it had some serious morale results in the force. It would be great if the city did what I think is the government’s very first primary obligation, and that is to keep people safe.” 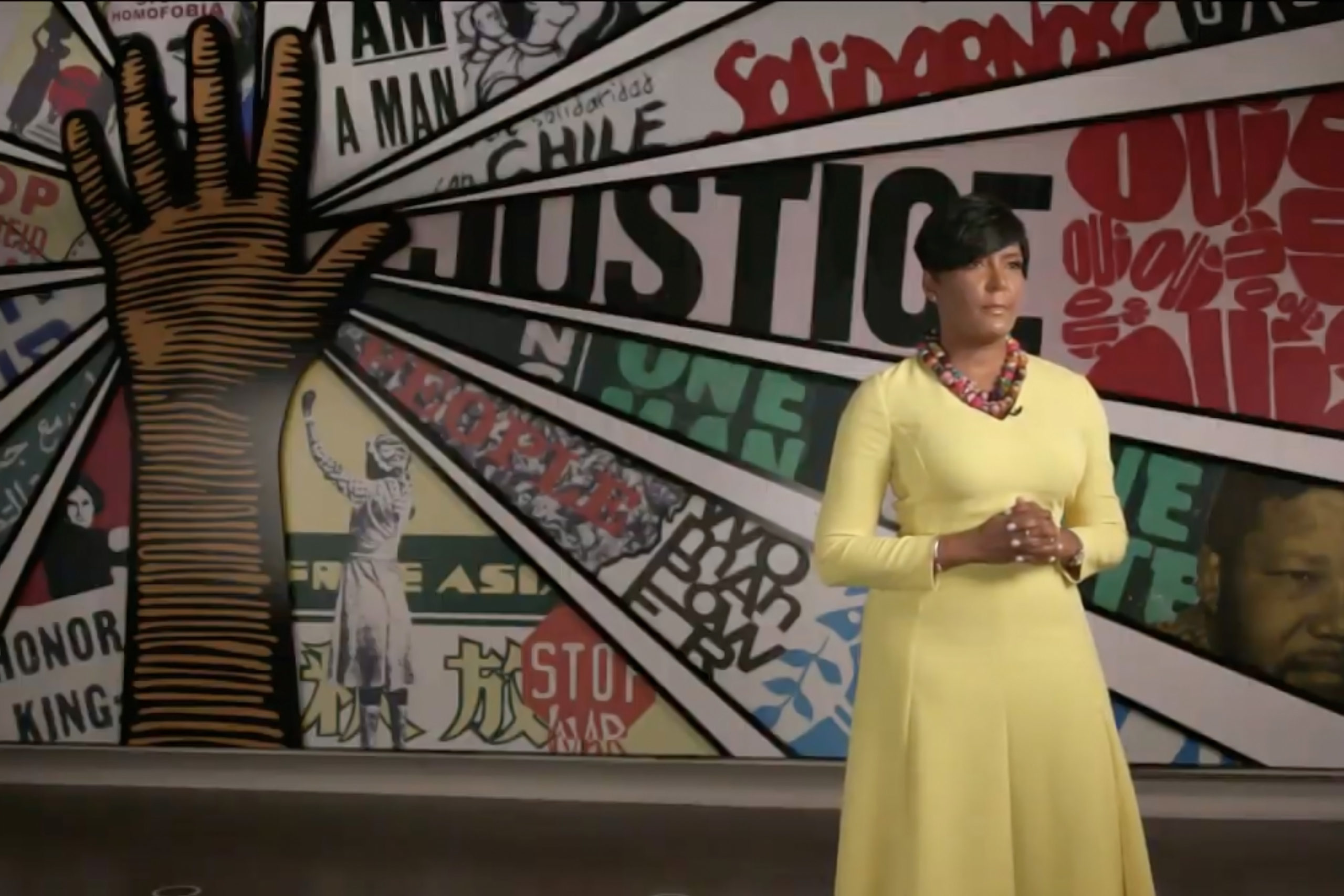 MILWAUKEE, WI – AUGUST 20: In this screenshot from the DNCC’s livestream of the 2020 Democratic National Convention, Mayor of Atlanta Keisha Lance Bottoms addresses the virtual convention on August 20, 2020.  (Photo by DNCC via Getty Images)

While Atlanta did not ‘defund’ their police department, Lance-Bottoms said in June that it was really a question of “reallocation of resources” and should be addressed, according to 11Alive.

“I think that a very simplified message is ‘defund the police,’ but I think the overarching thing is that people want to see a reallocation of resources into community development and alternatives to just criminalizing … behavior, so I think it’s incumbent upon us to help people articulate that frustration.”

Following Brooks’ death, Atlanta police officers’ morale was low, with officers calling out sick and refusing to show up to work after the involved officer was charged with felony murder for shooting Brooks after he allegedly tried to hit the officer with a taser.

Matzigkeit, Shook and council member Matt Westmoreland announced Monday that they were allocating $125,000 of their municipal funds to The Buckhead Security Plan, which is a private police force in the district, according to NBC News. (RELATED: Murder Surged In New York City During 2020, And Police Suggest Defund The Police Might Have Something To Do With It)

“Buckhead has a very robust and organized business community, and they saw the need to expand into the public safety vacuum created by the City,” Shook said, according to the report.

The plan was created by the Buckhead Coalition which says the program would “enhance public safety in Buckhead.”

Partnering organizations would be responsible for cost analysis, management and funding issues. The plan would also include more surveillance cameras and license plate readers, along with a crackdown on “party houses,” and an increase in support for hiring, training and retaining Atlanta Police Department officers.

The Atlanta Police Department, members of the Fulton County Commission, community groups and others reportedly support the plan.