Pope Francis’s home country of Argentina legalized abortion this week, but the Holy Father has yet to directly comment on it.

Argentina’s Senate legalized abortion a little after midnight, guaranteeing abortions up until 14 weeks of pregnancy according to the Associated Press. The country will also allow abortions beyond 14 weeks in cases of rape or if the mother’s life is in danger. (RELATED: Here’s Why Authors, Theologians Think Pope Francis Cooperates With The Chinese Government Despite Persecution Of Christians)

“Safe, legal and free abortion is now the law,” the country’s Catholic President Alberto Fernández tweeted, the AP reported, noting that Fernández has promised to sign the legislation into law.  “Today, we are a better society that expands women’s rights and guarantees public health.”

Pope Francis has not yet commented on his home country legalizing abortion, though he publicly expressed his sympathy to Croatians affected by earthquakes during his weekly general audience Wednesday. The pope tweeted a few hours before the senate session began on Tuesday, reminding his followers that “the Son of God was born an outcast, in order to tell us that every outcast is a child of God.”

“He came into the world as each child comes into the world, weak and vulnerable, so that we can learn to accept our weaknesses with tender love,” the pope added. He reportedly spoke with Fernández in January at the Vatican on multiple topics, including the “protection of life from conception,” the Vatican said at the time.

The Catholic Church teaches that abortion is “a crime against human life,” “constitutes a grave offense” and that a person who obtains an abortion is automatically excommunicated from the Catholic Church. Pope Francis has expressed his opposition to abortion in the past and commented in a December letter that he finds it surprising when he is accused of failing to support the unborn.

“I am amused when someone says, ‘Why doesn’t the pope let Argentina know about his opinion on abortion?’ Because I do nothing other than let the whole world (including Argentina) know about it now that I am pope,” he said in a recent letter to some former pupils in Argentina, according to LifeSite News. 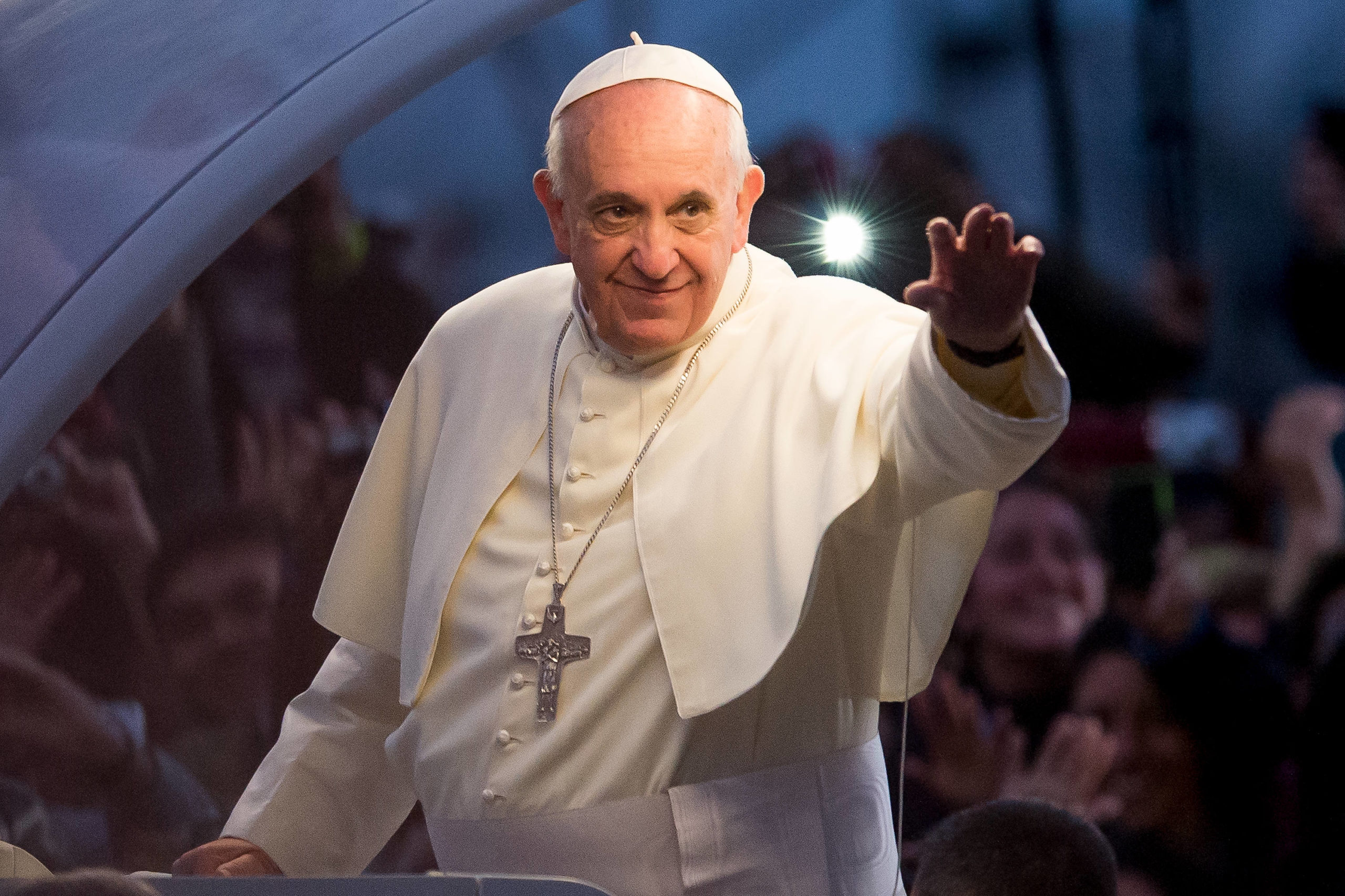 RIO DE JANEIRO, BRAZIL – JULY 26: Pope Francis waves from the Popemobile on his way to attend the Via Crucis on Copacabana Beach during World Youth Day (Photo by Buda Mendes/Getty Images)

During the first year of his pontificate, the pope criticized the Church for focusing too much on abortion. (RELATED: Media Calls Biden A ‘Devout Catholic.’ Where Does He Actually Stand With The Catholic Church?)

“We cannot insist only on issues related to abortion, gay marriage and the use of contraceptive methods. This is not possible,” he said, LifeSite News reported. “I have not spoken much about these things, and I was reprimanded for that.”

“The dogmatic and moral teachings of the church are not all equivalent,” he continued. “The church’s pastoral ministry cannot be obsessed with the transmission of a disjointed multitude of doctrines to be imposed insistently.”